Opinion: We need plastic. I want bottled water because it’s easier and I don’t care. ﻿ 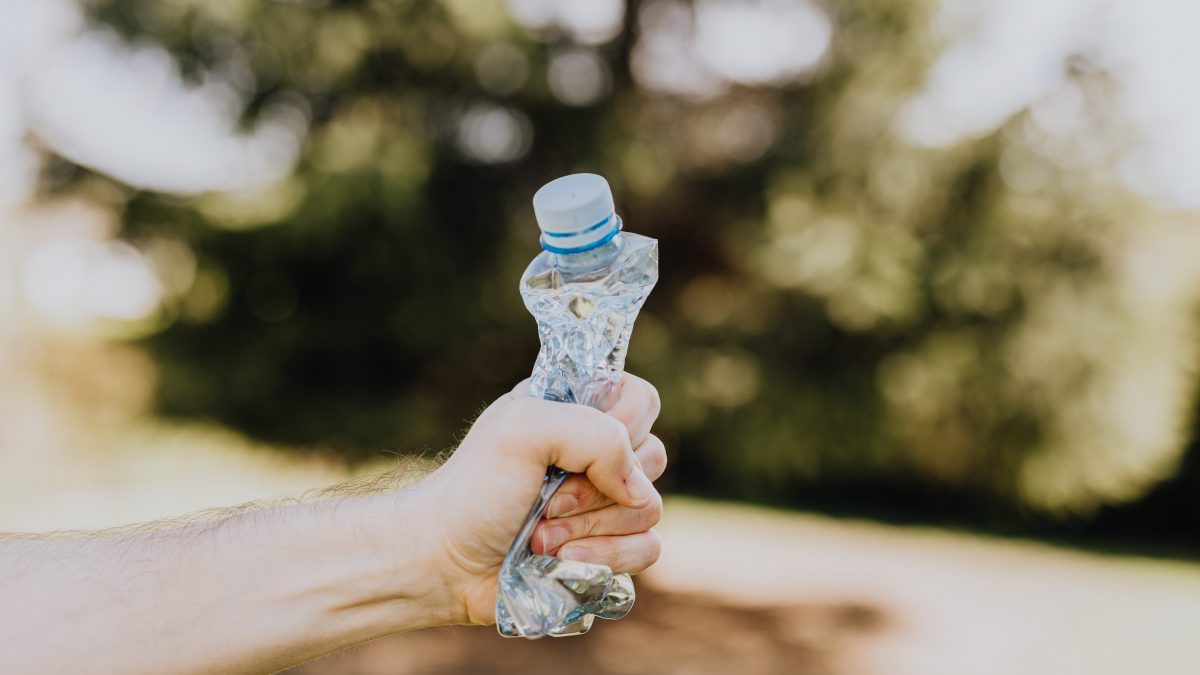 Over the past few years, there has been quite the uproar regarding anything made out of the oh-so-scary material nobody wants to name: plastic.

As a matter of fact, The Bite recently received an email from an avid participant in the anti-plastic movement, imploring us to write more articles teaching our readers to “reduce, reuse, recycle” in an effort to “save the trees, bro.” Our public response: Sorry, but we really just don’t care that much, and here’s why.

Let us first evaluate the effectiveness of the methods currently in place to raise awareness for plastic pollution, starting with the reputable National Geographic magazine. More specifically, the June 2018 issue, controversially titled “Planet or Plastic?” While this was evidently an effort to raise awareness of plastic pollution in oceans, it ironically came wrapped in a plastic bag, inside of another plastic bag. Now how exactly is this going to fix the “issue” if it really exists? Plastic pollution clearly can’t be that bad if National Geographic is doing it.

Let us next take a look at Starbucks, who infamously announced the complete banning of disposable plastic straws in their stores by 2020. While this publicity stunt may reduce plastic waste (albeit by a laughable 4%, according to Phys.org), the compromise is just too much. The green plastic straw is iconic, and our weekend caramel frappuccino Instagram posts just wouldn’t look the same without it. None of us really care enough about the turtles to sacrifice those #perfect stories, so let’s stop pretending.

AISB has also tried to hop aboard the plastic waste minimizing bandwagon, but everyone knows that literally nothing has changed as a result of their efforts. Why would anyone in their right mind carry a glass or ceramic mug with them when there are perfectly wastable, low-density, polyethylene-lined paper cups just sitting at the cafe?

None of these solutions make any difference in the grand scheme of things, and people are taking notice– questioning whether the situation is really as dire as presented.

While science has provided decently concrete evidence to support that the production of plastic releases greenhouse gases, which in turn contributes to the warming of our planet at an alarming rate, humanity’s response has done nothing but convince everyone that it’s not that big of a deal.

Upon closer examination, it is easy to notice and predict the phases of response towards pollution-related issues: a video of cute animal suffering due to plastic pollution goes viral, the internet rages about how humanity is destroying its planet, consumers make ecologically-friendly decisions for about a week or two, and life reverts back to its old state. By that point, everyone has forgotten about their new-found passion for reducing plastic wastage. So let us ask: is reducing plastic pollution that important?

The only difference we have been able to see is that the weather has in fact gotten warmer; but that isn’t necessarily a disadvantage if you really stop to think about it. Sure, Huffington Post reports that the polar ice caps are melting, and roughly 150-200 species go extinct every 24 hours, but it also means summer vacations to the Maldives will be that much more pleasant; and it will be easier than ever to get that tan going. You go girl, get that melanin.

Despite this already being ample evidence that we’re fine wasting as much plastic as we want to, the Eco Council at AISB refuses to listen. Now, they are trying to push reusable water bottles upon the school community, attempting to completely eliminate the classic AQUA Carpatica plastic bottles we’ve grown to love.

To the untrained mind, they make some reasonably valid points: globally, humans purchase an estimated one million plastic bottles per minute, and 91% of the world’s plastic waste is not recycled, as reported by Forbes. Moreover, unrecycled plastic bottles contribute an estimated 3 billion pounds (1,360,777,110 kilograms) to landfills each year.

Even if this data is accurate and plastic pollution really is worth worrying about, there are a few reasons as to why the Eco Council’s proposed way of fighting it is not worth pursuing.

For starters, it’s not as if AISB has the money. With an already unreasonably low annual tuition fee of €20,600 per high school student, one cannot possibly expect a complimentary water bottle; the teachers have to make ends meet somehow.

Second of all, one cannot expect mere students to follow basic hygiene; reusable water bottles are a breeding ground for bacteria, and washing a piece of plastic/aluminium can really be mentally draining sometimes. Not to mention, they’re dangerous too: Getting hit in the head with an aluminium bottle has been scientifically proven to inflict higher levels of pain than the AQUA Carpatica plastic counterparts, and we know how rowdy lunch time gets.

Lastly, there is no carbonation. Assuming sole reliance on reusable water bottles not only means that students must be responsible for the impossible task of filling their own bottles, but the water will always be still. We don’t know about the readers, but we’re personally not that willing to help the environment if it means having to give up that fizz.

In conclusion, it’s probably for the best if humanity carries on at its current pace. Even though efforts are being made to reduce the amount of annually wasted plastic, the results are minimal, so it’s probably too late anyway. Combining that with the general attitude of the public towards the issue (that is, only caring when something adorable is involved) has convinced a significant percentage of the population that the situation isn’t really as urgent as statistics make it seem.

For the moment, the ideal approach seems to be to “live and let live.” As much as communities like the Eco Council should be validated for their noble and charitable efforts, reducing plastic waste is really hard, and probably not worth it in the end. The fact of the matter is, we need plastic every day. We want bottled water because it’s easier. And, finally, we just don’t care.

*Disclaimer: The article you just read is satirical; it is not representative of the beliefs of the author, nor any established organization at the American International School of Bucharest. Its purpose is to criticize the state of society and its egotistical, hypocritical approach to plastic pollution, using non-anecdotal evidence. If this article offends you, good. Do something about the issue and prove me wrong.

I’m a Third Culture Kid, a Global Nomad. But What does that mean?

The Effects of Quarantine on the LGBTQ+ Community