Our greenhouse needs to be revamped. Here’s how to help 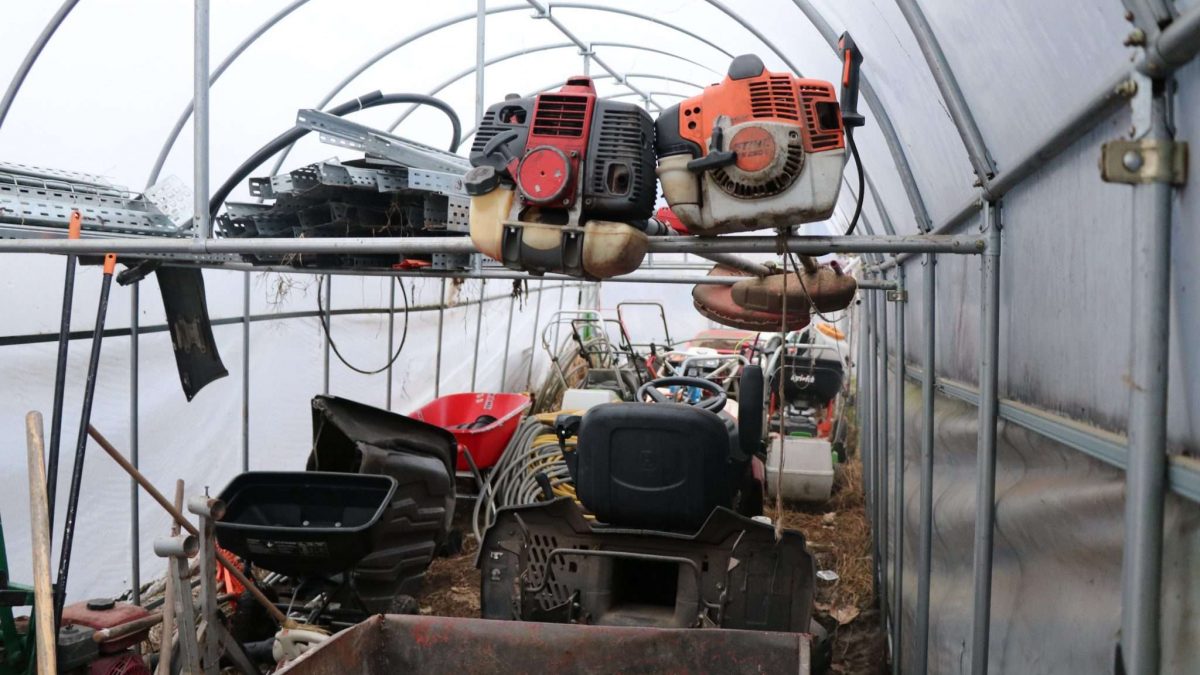 AISB has a greenhouse behind the secondary school building, yet almost nobody knows about it. Several teachers want to rebuild this long-abandoned space into something exciting, but they can’t do it alone. Here’s a look into their current plans and why they need your help.

How this became an issue

Design teacher Erik Peterson was the first to bring attention to the forgotten greenhouse. “Several years ago, it was donated to the school and now it’s just sitting in a corner,” he says. “I think we have an incredible piece of equipment that has so many cool ties and opportunities with it.”

Peterson’s rough idea developed into a topic of discussion between teachers at AISB. Soon, he gathered several supporters – including Margritha Hofman, Sean Whitney, and Alma Hadzic – who were willing to help bring this proposal to life.

Until now, the “Greenhouse Action Team” has only brainstormed a few ideas on what this could look like. Since this project is meant to benefit the students, they’re waiting for some volunteers to join and take the lead. Their goal is to begin reconstruction before spring.

Ideas on the agenda

There are many possibilities on how to rebuild the greenhouse, as well as the potential for curricular connections. For example, Peterson’s university used a greenhouse as a garden for culinary arts students.

“It was really interesting to see how many students would go from being a traditional chef to growing their own food,” says Peterson. “Having worked with students in gardens before, I know that when they first walk into a garden, [at least] half of them stick around and they love it.”

Another idea that has been brought up is to use the space for discussions and meetings. “There’s definitely research that goes into the positive emotional benefits of being around plants,” Peterson mentions. “I’m envisioning it to be more than just a greenhouse, for example, that whole space could be one entire garden. Or it could be like a full planting area.”

In order to advance any plans, we need more student support. The more interest and effort we invest, the more likely it is that the reconstruction will happen. If you have any creative ideas, don’t hesitate to share them. Remember – we can transform this space into anything we want it to be.

What are your thoughts and questions on rebuilding the greenhouse? Tell us in the comments below.

We Tried Three Bucharest Brunch Spots. Here's What We Thought