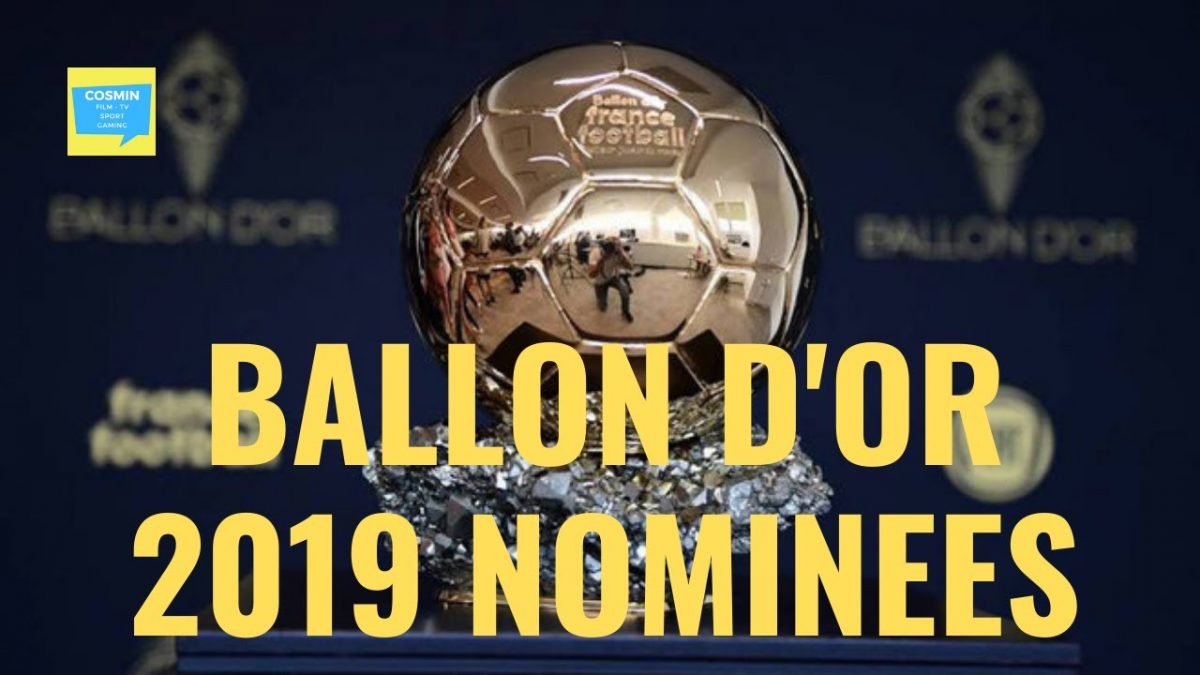 The winner of the Ballon D’or, the most prestigious award any football player can dream of, will be announced on the 2nd of December in Paris. International journalists, national team coaches and captains alike will be joining in to vote for their favorites out of the 30 nominees.

With this in mind, here are the current top-favorites for winning the Ballon D’or!

Playing for Ajax Amsterdam during the first part of the year, De Ligt was transferred during the summer for 85 million Euros to Juventus, a club well-known for its defensive quality. He now must rise to the expectations set up for him, and if he reaches his potential, he could become the best defender in the world.

He contributed a lot to Ajax’s surprising Champions League campaign until the semi-finals, coming as a finalist to the Nations Cup in the summer with the Netherlands. His tackles and control of the game make him appear in our top 10.

After being recruited in the summer of 2017 following his excellent year with Monaco, Bernardo Silva stayed in the shadows at Man City, waiting for the right moment to show his talent to the world. Rising alongside the stars, Aguero, De Bruyne, Sane and Sterling, he keeps getting better and better.

He was a crucial player for Portugal as he helped them win the Nations Cup this summer, and the fact that Manchester City won the National Treble is partly thanks to him. One thing could lower his chances; he missed out on the Champions League, which could be a crucial factor in the voting.

Even if his individual performances this year were inferior compared to the previous years, we have to remember that he is 34 and still playing at a top-level. Ronaldo won the Italian Championship with Juve, acting as a crucial element in Portugal’s Nation Cup win. Although young new talents are rising, he manages to maintain a high-level performance.

At his age, most players step down and go to make more money in football emerging countries. By working hard, his physique isn’t regressing, which reflects on his stats. What will surely earn him some extra votes are his five previous Ballon d’Or awards!

Following his majestic year in 2018, coming in 6th at the Ballon D’or, he has proved that it wasn’t just a one-season stunt. The fact that he won the Champions League this summer should help him rise higher in the ranking.

He claimed the Premier League golden boot for the 2018/2019 season with 32 goals. He is off to a good start this season, with nine goals and five assists in 15 matches.

Liverpool’s Brazilian goalkeeper could enter the history books. If he wins the Ballon d’Or, he would be the second goalie to ever get it after Yashin in 1963. Winner of the Champions League with his club and of the Copa America with his national team, Alisson has received major trophies this season, which ticks off one of the criteria for the Ballon d’Or.

He suffered a calf injury at the beginning of August, coming back at the end of October without a clean sheet. However, that shouldn’t take away any of the credit he deserves for the first part of the year.

Frenkie De Jong was one of the major revelations this year for Ajax Amsterdam alongside his teammate De Ligt. He is a true playmaker and his game vision attracted the eyes of all the big clubs this summer. He is only 22, but already one of the best midfielders, his passes and dribbles perforating every defense he encounters.

Finally, Barcelona signed him for a fee of 75 million euros, making him join a club of previous legendary midfielders like Iniesta, Xavi or Pep Guardiola. By making this move, he is also following the path of the ancient Dutch player Cruyff, considered one of the best players of all time.

Firmino is probably the most underrated player of Liverpool. Even though he won the Champions League and the Copa America, like his teammate Alisson, the spotlights weren’t fixed on him. He only scored six goals and delivered nine assists since the beginning of the season.

However, Firmino is decisive in crucial moments, with a generous play style, always looking out for his team’s interest. With his skills and tricks, he is one of the players that makes fans love the game. A perfect example of the Brazilian “joga bonito” (the beautiful game).

After dominating the Ballon D’or for ten years alongside Cristiano Ronaldo, their reign on the trophy has been interrupted by Luka Modric last year. And yet, winning only LaLiga with Barcelona this year and missing out on the Champions League and the Copa America, might diminish his chances.

He constantly reminds us that he is the best with fascinating plays that no one could foresee and impressive free-kicks, raising his total to 32 goals in 36 matches. He won the FIFA TheBest award earlier in the year and is as determined as ever to win his sixth Ballon D’Or to surpass Ronaldo in the number of wins.

Winner of the Champions League in June and finalist of the African Cup in the summer, Mane has both played a crucial role with the national team of Senegal and with his club Liverpool. He has been decisive, with 26 goals in 50 appearances. His runs on the wings give nightmares to every defense.

Even the former Arsenal coach Arsene Wenger, well known for his multiple successes, declared in an interview with Bein Sport, that Mane was the favorite to win the competition.

The Dutch center back has reached his highest level this year. A real wall, Van Dijk held a 50 game streak of never getting dribbled past in the Premier League, which is simply incredible. Considered the best at his position at the moment, he won the Champions League with Liverpool. He also got Man of the Match in the final against Tottenham. He ended the year with a final of the Nations Cup with the Nederlands.

For the start of the season, Van Dijk is leading Liverpool in front of Man City in the League, winning the UEFA Best Men Player of the Year as well. As all these factors add up, Van Dijk seems to have a real chance of winning the Ballon d’Or. That would make him the 4th defender ever to receive the award.

What do AISB football fans think?

As we interviewed some of our passionate AISB students, most of them had the same two players in mind: Messi and Van Dijk. Only one chose De Ligt, while another backed Bernardo Silva. Five students chose Van Dijk, while four others believe that Messi should win it as he is “simply the best and nobody comes close to what he is doing”.

Tell us: Who do you think will win the award this year?