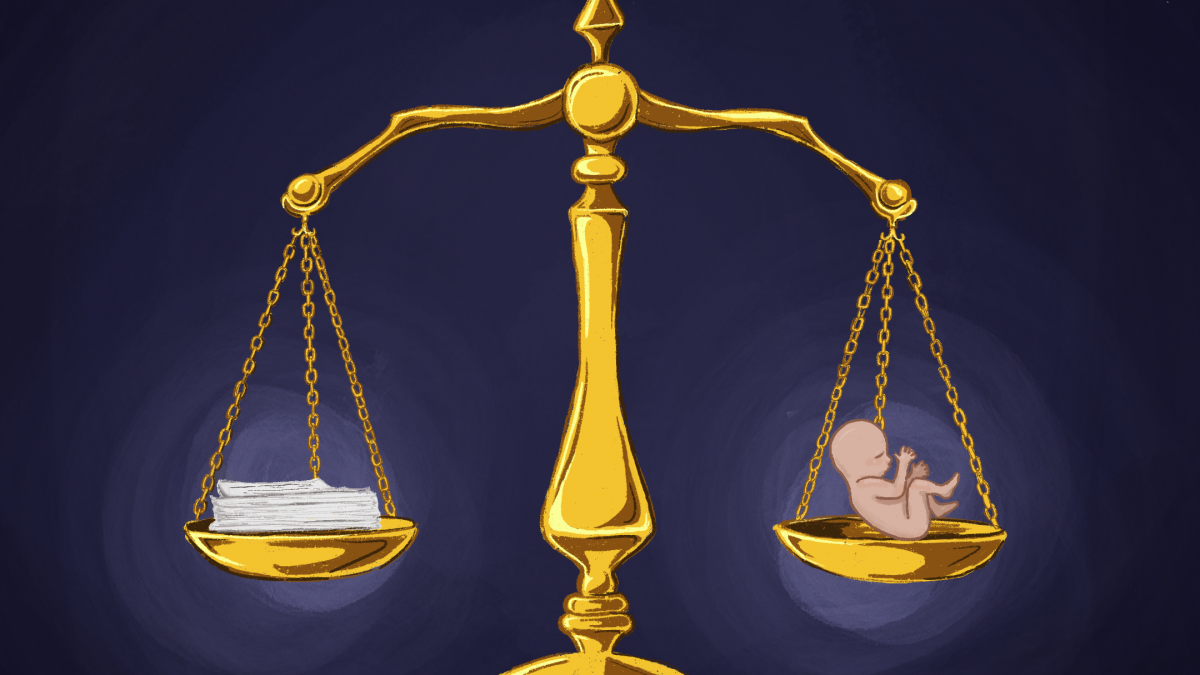 For a significant period of time now, it’s been difficult to turn on the news without hearing anything about the U.S., and many people have been talking about the “overturning of Roe v. Wade” that happened during the summer. But what is Roe v. Wade? And why should we care?

Roe versus Wade was a court case in 1973, at the end of which, according to Britannica, the U.S. supreme court ruled that “unduly restrictive state regulation of abortion is unconstitutional.”

They referenced the fourteenth amendment of the American constitution: “No State shall make or enforce any law which shall abridge the privileges or immunities of citizens of the United States; nor shall any State deprive any person of life, liberty, or property, without due process of law; nor deny to any person within its jurisdiction the equal protection of the laws.”

The plaintiff  – a person or business that files a lawsuit against another – Norma McCorvey, known by the fictional name “Jane Roe”, which was used to protect her identity, instituted the case. She sought federal action against Henry Wade, the district attorney of the county she lived in; Dallas, Texas. She had found herself pregnant unexpectedly, and decided to challenge Articles 1191-1194 and 1196 of the Texas Penal Code.

The district attorney disagreed with this, so she took it to the Supreme Court of the United States (SCOTUS), the highest court in the American federal system of justice. At the time, the imprisonment time for consensually providing an abortion was two to five years, and article 1194 set forth “accomplice liability” for anyone aiding or abetting, including the patient themself.

Interestingly, as a side, Norma McCorvey gave birth to the child she fought so hard to have the right to abort.

The general federal legality of abortion has been unstable for years. It is no secret that the majority of the SCOTUS were nominated by Republican presidents, and have conservative ideologies.

This shift to conservatism culminated during the Trump administration with the appointment of Justice Amy Coney Barrett – significantly more conservative than the justice who preceded her – making “Dobbs v. Jackson Women’s Health Organization” (a case that was taken to the Supreme Court in 2022) a potential force to challenge “Roe.”

Contrary to its prior decision, the court determined in the case of “Dobbs” that there is no inherent right under the US Constitution to terminate a pregnancy. This decree rested on the fact that abortion is not explicitly referenced in the Constitution. The court, by ruling to dissolve Roe v. Wade and a case upholding it (Planned Parenthood v. Casey in 1992), granted individual states complete authority to control any aspect of abortion that is not already preempted federally.

So what does the overturning of Roe v. Wade entail? Abortion law in the United States is considerably more complex than it was before the overturning, and international governments are wondering and debating whether they should follow in the footsteps of the U.S.

However, many European countries are, on the other hand, worried about protecting access to abortion. Self-titled pro-abortion, or often “pro-choice,” activists are speaking up against the Supreme Court’s decision.

Generally, in terms of reproductive health care, Romania was acknowledged as a pioneer and a role model in Central and Eastern Europe in the 2000s. However, as hospitals are pressured by the largely influential Orthodox Church and conservative NGOs, abortions are increasingly difficult to obtain.

In an effort to raise the nation’s reproduction rate, the Romanian Communist government tightly prohibited abortion between 1967 to 1990, and the recent pandemic and political shifts once again threatened abortion rights. In 1989, the rate of maternal mortality was 170 per 100,000 livebirths. That’s approximately more than 10 times the rate of other European countries such as Bulgaria or Switzerland.

Now, the recent pandemic and political shifts once again threaten abortion rights. Nine months after the COVID epidemic began, the country’s birthrate increased, and from 2019 to 2020, the number of abortions fell by 35%.

Looking at this through the lens of relevance to high schoolers reveals a big underlying problem. In 2015, Romania had the highest rate of teen pregnancy in Europe, and 9.78% of total births were teen pregnancies. According to later studies, the number of teenage parents is increasing. The ordeals of pregnancy, labour, and parenting take a heavy toll on anyone, but teenagers’ minds, financial statuses, and bodies are physiologically often not suited for the role.

Concerningly, several healthcare and NGO representatives declined to comment on this topic when contacted for this article. The cultural stigma surrounding abortion in Romania prohibits progress; the lack of free, open conversation hinders young adults’ access to this vital healthcare procedure.

If young adults cannot rely on stable healthcare, they may be unable to focus on their school work and social life, affecting their stability, intellect, and career in the long term.