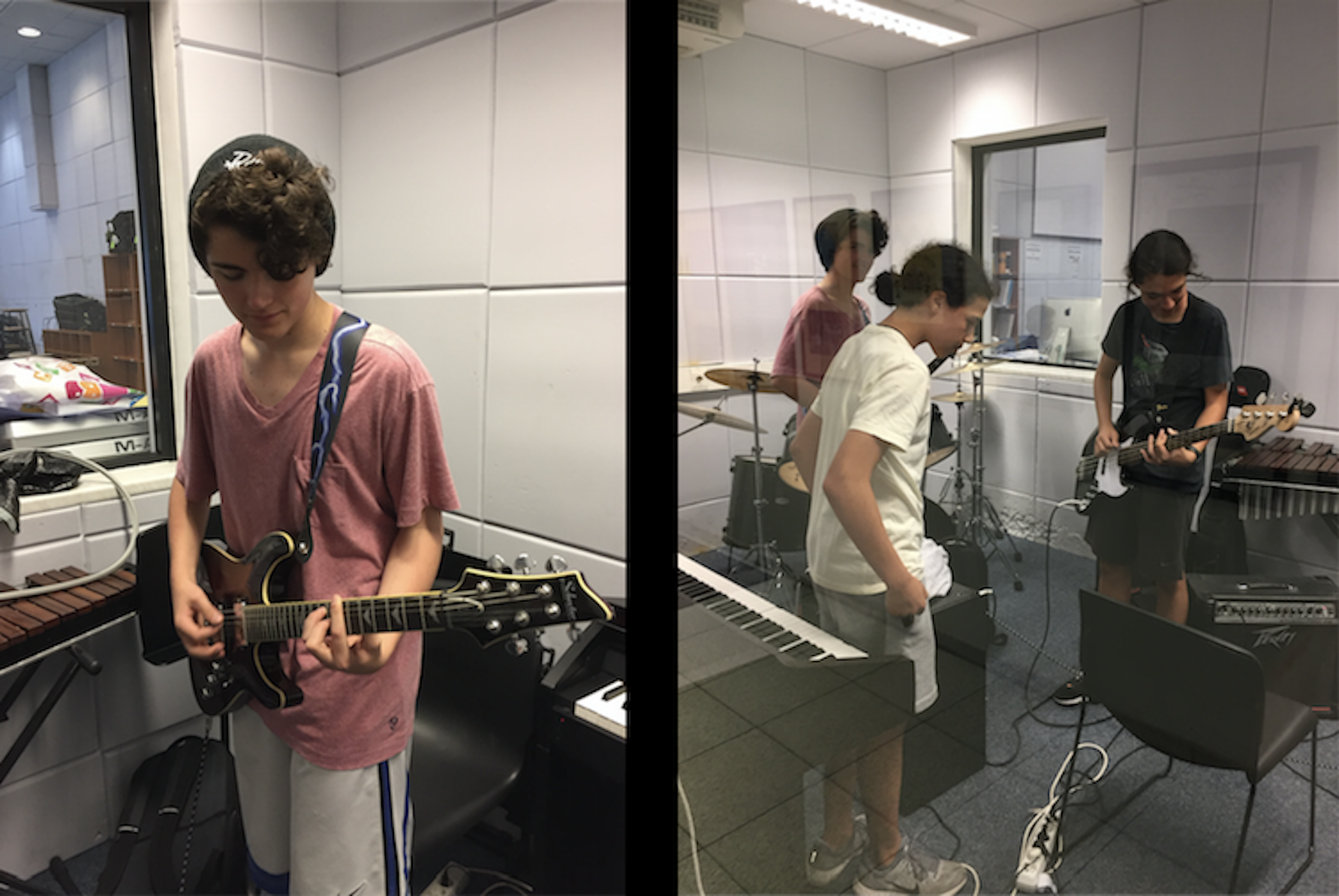 A couple of months ago, high school rock band Cobalt Dream performed at the first assembly of the year. The surprise performance left us with many questions. To answer these, The Bite got to interview the members of the Cobalt Dream: Shahar, Mathis, Ozan, Nick. B., and Nick. A.

Q: What does your band name mean?

“Cobalt Dream is a flower.” – Mathis.

“We panicked and picked it because we didn’t have time.” – Nick A.

Q: How did the band meet?

“Ozan and I were in math class and basically, we started talking about how we liked music and then Nick. A brought up that he was in a band in his old school and then we said let’s make a band.” – Mathis

Q: What Instruments do you all play?

Q: How long have you played together?

Q: Do you guys have any originals?

“The first song we ever wrote was ‘Bobby the Magic Fish.’ The second song was a riff that Nick B made called ‘Nameless’ and we had a big project that we didn’t finish that was gonna be a progressive song called ‘Untitled.'” – Shahar

Q: What inspired you to perform at the assembly?

Q: What are you thinking about while you’re playing?

“I’m just thinking, don’t mess up. I just keep thinking that over and over again. I sometimes get nervous in front of big crowds.” – Nick. B.

Q: What were some of the challenges your group faced during the performance and during the rehearsals?

“Most of the challenges faced were from certain group members and a lack of good attitude.” – Mathis

“At the beginning of this year we all said that everyone could choose one song that they could all play. We played Nick B’s choice of song, “By the Way” by The Red Hot Chilli Peppers.” – Mathis (listen/watch below)

It was a blast interviewing Cobalt Dream. We hope to see them play again soon. Perhaps at the next Lunch Lounge?

Stories to Save the Planet: An Interview With Nicole S, Author of “The Future Is Ours”

Q&A with AISB counselors: How do you come to the DP with a sense of balance?