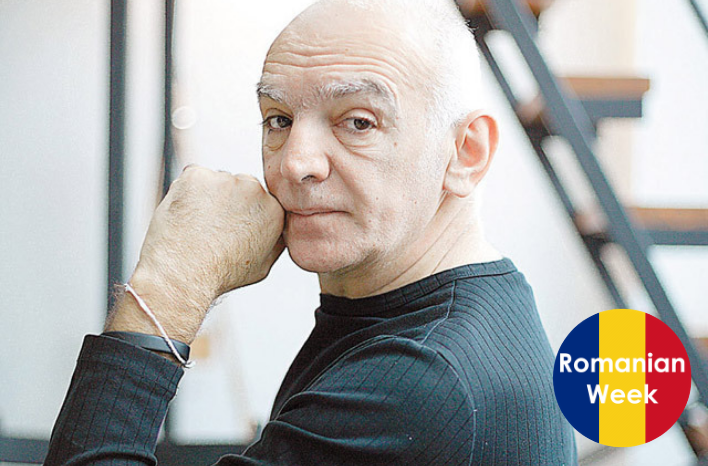 For some architects, their profession is about more than simply designing buildings, but unleashing their stored creativity into a product that betters society. This is the case for Dorin Ștefan, the well-respected and revered architect, coming to AISB this Wednesday, March 6th, to present during Romanian Week.

Ștefan has many impressive achievements to his name, such as participating in the contest for the National Theater in Japan in 1986 and the Tete Defense in 1983 in France. Furthermore, he has authored multiple theories and books that have significantly shaped the architectural profession.

The Bite reached out to Ștefan for an exclusive interview, and here’s what he had to say:

Q: We read that you grew up near Brașov, in a community of Saxon and Romanian descendants. Can you tell us how this inspired your current profession and projects?

A: I grew up in a very special craftsmanship environment in Rasnov, nearby Brasov, an animated settlement of an old community created around Rasnov citadel, consisting of half Romanian and half Saxon inhabitants who were carpenters, locksmiths, tinsmiths. This concurrence of factors helped me in the formation of my technical spirit.

Until I went to college, our house in Rasnov was a constantly changing building site because my father was always working on it. Every summer, when all the kids were playing, I had to work. These sequences have probably found in me a fertile ground for architecture.

In addition, I was graduating from the high school of arts and crafts and I inherited the talent of drawing from my mother, who was a tailor. She was drawing very nicely, making clothes for whom I had to draw the patterns. Even after I went to [university], I continued to send my mother tailoring patterns and she made my clothes. Although I could not wear anything on the street because the police were supervising any sign of dissidence,  I liked to have clothes different from others and I enjoyed these little victories – that I was dressed differently, not standard.

Q: It seems you wrote for your high school magazine called “Licariri.” As journalist students, we’re curious about why you chose to do this. Did this work impact you positively in the long-term?

A: Yes, I graduated Meşota College in Brasov and I was a collaborator of the school magazine ‘Licariri,’ where I published literary attempts and ‘journalistic’ articles. I still write, from architectural articles to the diary tabs, and in this respect My Modernism book, which I have recently published, is a combination of personal thoughts with reflections on architecture.

We, architects, should not write texts like we build walls. Our texts must contain a story–that story that lies behind the wall or in front of the wall, but shouldn’t be the story in line with the wall.

Q: How did the communist regime, and the subsequent revolution, impact your profession as an architect and your projects?

A: By 1990, there was no concept of ‘architect’ as an independent profession because everyone worked in the design institutes where the architect was anonymous and the responsibility was collective. The projects had to receive the opinion of specialized committees…that’s why I preferred to stay in the university environment as a refuge.

During communism, the university was a haven in the desert for several reasons. There was a design circle that was not just experimental or pedagogical, but it received state orders for shaping cultural houses, for example. It was a cultural effervescence, a certain freedom of expression. The faculty also received from time to time Japanese architecture magazines, which gave the tone of architecture to the world at that time.

The only ‘escape’ in practicing free architecture was the international architecture contests; but which, in turn, could not be sent to destinations outside the country without ‘approval’ from the state (a softer form of censorship). Thus, there were several important participants such as the Japan National Theater Competition in 1986, or the Tete Defense Contest, 1983, in Paris, France. Very soon after the revolution I initiated my own practice.

Q: It seems like you’ve written a lot about contextualism. Would you be able to expand on this topic?

A: I have practiced very theoretically until the first decade of the 1990s,  shaping a set of concepts and then using them in the professional practice. ‘Architecture as a reaction to the context’ is a theoretical and analytical framework of articles captured under what I call ‘contextualism’ – context that can be technical, technological, thinking, culture, physical neighborhood, money that I define for each case – and most of my work is assuming this position because a professional practice without a critical and theoretical summative position is not enough.

Q: What can we expect from your upcoming presentation?

A: To spend some quality time together!

Thank you to Dorin Ștefan for the interview!

Meet some of the Artisans from AISB's Romanian Week