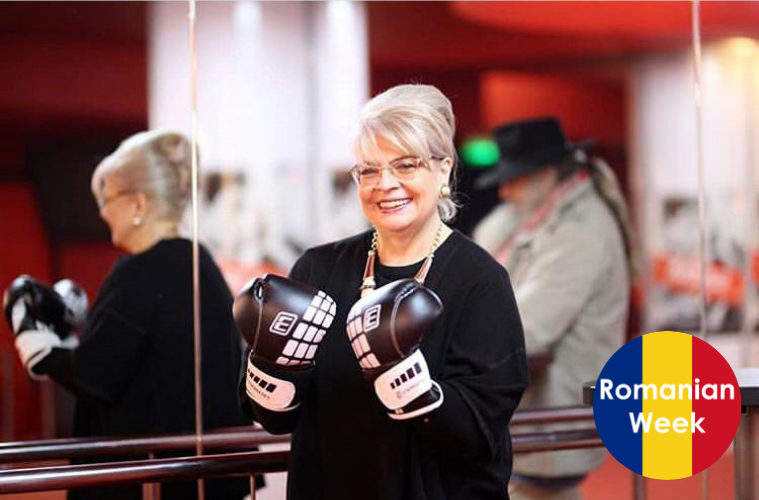 For many Romanian citizens, memories from Nicolae Ceaușescu’s communist regime are still fresh: Standing in line for hours to get half a loaf of bread, having electricity cut off in the evening, and getting two hours of TV everyday – which consisted mostly of government regulated news and cartoons about Ceausescu’s accomplishments.

Irina Margareta Nistor, who grew up during this time, says people were “starved for entertainment.” So she did something to help–translating and dubbing thousands of banned movies that were smuggled into the country via VHS tapes.

Nistor will visit AISB next Monday, March 4th, during Romanian week, to share her experiences with students. Until then, read up on what she had to say to us:

Q:  We read that you secretly dubbed more than 3,000 banned movies during the communist era. Can you tell us a little about what this experience was like?

A: It wasn’t quite ‘secretly.’ As long as everybody was getting a VCR, they could listen to my translations! [It was illegal though] and it was quite an experience, knowing that it was the only opportunity to travel through films, and to try to ignore the dictatorship and the hard life!

Q: Why was it important for you to provide Romanians with movies in the Romanian language?

A: Because they couldn’t speak English–only Russian and French were taught in schools–and it was technically impossible to subtitle the movies. It would take too long just to write the text in Romanian.

Q:  You were featured in the documentary “Chuck Norris vs. Communism.” Its description: “A black market VHS racketeer and a courageous female translator brought the magic of film to the masses and sowed the seeds of a revolution.” How do you feel about this description? What was this experience like for you?

A: It is a little too much! The movies helped us survive, but the courage for the Revolution was in people’s hearts! For me, it was just an opportunity to cheat on communism–to escape over the Iron Curtain, at least in my mind!

Q: What are you doing now?

A: Since 2004, I have a radio program on Radio Gold called ‘The Voice of the Movies.’ On Tuesdays and Thursdays, I recommend three films on the morning TV show, Neatza. I attend, write, and talk about important film festivals like Cannes or Berlin. I work with Romanian film festivals as an ambassador or a selector (Iasi, Rasnov, Fagaras, Brasov, TIFF, etc), as well as organize the Film and Psychoanalysis Festival. I am also the Honorary President of the Vodafone Foundation, so I deal with charities like Hospice and Adunatii Copaceni, too.

Q: What can we expect from your presentation on Monday?

A: “A film in need are a friend indeed” (Google it!); Gopo and his masterpiece: ‘A Brief History,’ and a little bit of ‘Chuck Norris vs Communism’!

Thank you to Irina Margareta Nistor for the interview!