Ramadan: “It will be a test but the peace you get is beautiful” 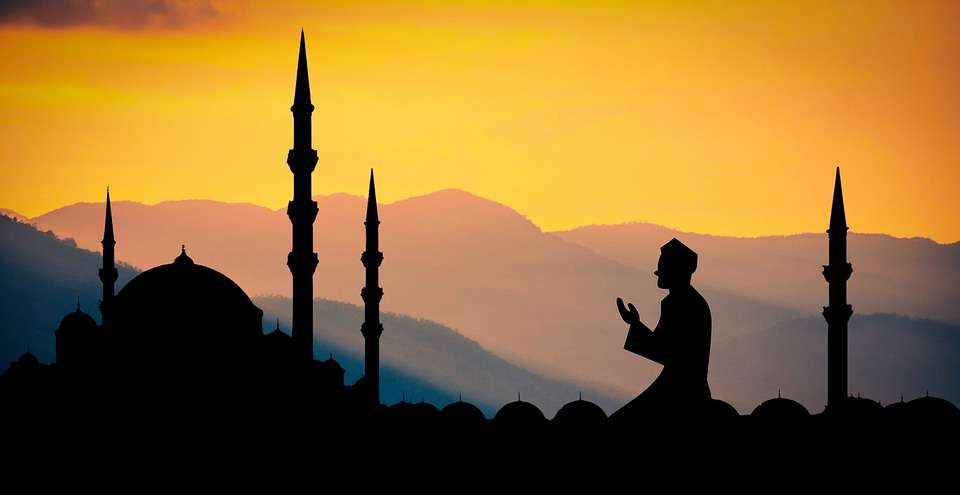 On Monday, May 6th, hundreds of millions of Muslims around the world began their month-long fast for Ramadan, the holiest month of the Islamic Calendar. On June 4th, we’ll finally break the fast, that’s lasted every day from sun up to sun down.

As part of the small population of Muslims at the school, I wanted to clear up some misconceptions about Ramadan, and to let people know the reasons we do this every year.

First, what is Ramadan?

Ramadan is the ninth month of the Islamic calendar and is a month of fasting that is made to honor the revelation of the Quran to Prophet Muhammad. This month is a time to fast, pray, and reflect. Muslims are required to fast from the first-morning prayer, or fajr, until sundown, and avoid all forms of sinning.

Fasting is one of the five pillars of Islam, along with daily prayer, making annual charitable donations to help the poor, believing that there is no god other than Allah (and that Muhammad is his prophet), and finally Hajj, which is to attend the yearly pilgrimage to Mecca at least once in your lifetime.

Fasting from food and water all day allows us to appreciate our lives more and be more thankful for what we have. It is also a month for reflection and to be able to make large-scale, positive changes. It’s a chance to purify our hearts and to erase sins and start anew.

Frequently, many will go on Hajj to Mecca, the Muslim capital in Saudi Arabia. According to the 2018 Saudi Arabian Tourism Report, 2.8 million make this trek every year. It is a trip of pilgrimage and rediscovery and performing it erases all the person’s previously committed sins and allows them to start over with a clear conscience.

After the fast is over, Muslims get to celebrate with Eid Al Fitr, which translates to “the festival of breaking the fast.” The three-day festival is a time to donate food to families in need, to be kind, to reflect on the month, and to spend time with family. Younger children receive money from older family members and eat lots of beef and mutton, while sharing it with less fortunate families.

How does it work?

The month is like a spiritual detox. Prophet Muhammad, the founder of Islam, said in the Quran that “When the month of Ramadan starts, the gates of heaven are opened and the gates of hell are closed and the devils are chained.” This month is believed to be the time that God revealed the first verses of the Quran to Prophet Muhammad on Laylat Al Qadr, or the Night of Power. The month consists of contemplation of one’s spiritual relationship with God, studying of the Quran, and more charity and generosity.

All Muslims are required to participate; however, there are special exemptions for those that are sick, pregnant or nursing, menstruating, traveling, and there are exemptions for children and elderly folk. Muslims are also supposed to avoid negative thoughts and emotions, such as jealousy and anger and stray from gossiping, complaining and swearing. Fasting also means abstaining from chewing gum and smoking.

Ramadan is different for everyone, depending on their experience with it and how they can adapt without food and water. During this time, Muslims will wake up before dawn to eat a large breakfast and drink lots of water to help sustain them throughout the rest of the day. They continue their day as usual, continuing to go to work and school, although some Muslim countries reduce their working hours during this time to help make it easier. When the evening prayer is made, they break their fast with iftar (the Arabic word for breakfast). They then go about the rest of their night, making sure to drink lots of water throughout.

Does fasting threaten one’s health or cause weight loss?

Despite common belief, fasting is not actually a quick way to lose weight, and it is actually more common to gain weight during this time. This is because eating large meals extremely early in the morning and very late at night while fasting in between messes with your metabolism.

Regarding one’s health during Ramadan, Nutrition scientist, Anna Denny, explains that fasting shouldn’t cause a threat to healthy people. However, some may feel tired and sluggish, but this is normal, as Denny says, “Research has linked the lack of food and water to increased irritability, changes in mood, and a lack of concentration. You may feel headachy, light-headed and lethargic.” Nevertheless, if someone feels extremely sick because of a lack of food or water, they can be excused from fasting if it is negatively affecting their health.

To conclude, Ramadan is a beautiful month of peaceful prayer and reflection and we hope you learned more about this wonderful time. Make sure to wish your Muslim friends a Ramadan Kareem next time you see them!