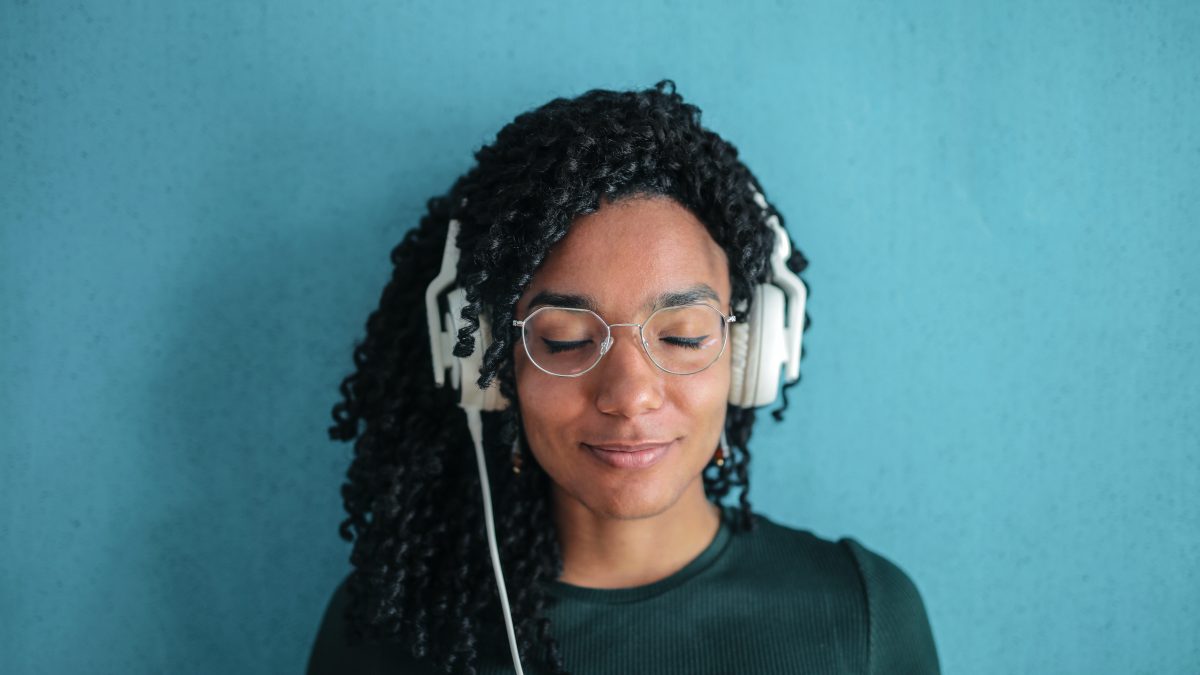 We all have ways to overcome stress, whether it’s crying, over-eating, or a common IB student favorite, procrastination. But there’s another not-so-toxic method you can turn to: listening to music.

About a month ago, I discovered and fell in love with an album that not only has an instant calming effect, but is able to bypass the borders of both genre preference and language.

Skeptical? Then sit tight, because you’re about to learn why Mono might just become the album to change your life.

Mono’s creator Namjoon Kim (RM) is the leader of the world’s biggest Korean boy-group, BTS. Born in 1994 in Ilsan, South Korea, Namjoon is a skilled rapper who participates in the producing of all of BTS’s songs. He is known as a gentle giant to his fans (the ARMY), and also an advocate for youth with prejudice ever since his debut. Namjoon even did a speech at the United Nations concerning the group’s partnership with UNICEF for their Love Yourself campaign.

On October 20th, Namjoon made a shocking announcement that he would be releasing a “mixtape” on the 23rd. Unlike the rap-central, aggressive mixtape he released 3 years prior (called RM), Mono is a mellow indie-rap album: slower, more peaceful, like a friend giving calming advice.

Those exact points are what this review will discuss. You can listen to each track by clicking on the hyperlinked titles. So without any further ado, here’s why each song in Mono has had such a profound calming effect on fans to this day.

To start us off, we have tokyo: an all-English Japanese-style song that has the overlying feeling of solitude.

An absolute gem, this song is. You have to listen to it several times to truly appreciate the soft beat that hits during the chorus, Namjoon’s unique, gravelly vocals, the beautiful plucking of the shamisen, and the constant use of an echo to push the theme of loneliness. The lyrics down-to-earth and honest, as Namjoon questions existence with lines like “ash is a thing that one day we all should be.”

Strange, considering the title, right? Namjoon says there was no particular reason he chose the name for this song, just that he had a special attachment to songs by the name of “Tokyo”. Not only this, but “Tokyo” in Hangul translates to “the state of longing,” according to Genius. So that’s exactly what this song is about: longing to be comforted by something, someone.

“I still feel very lonely when I listen to this song,” Namjoon comments in his album review.

For me (the editor writing this), this song reminds me of an empty beach: the taste and scent of the ocean in the cool air, the waves meeting the shore in a loving embrace, the easing bite of coastal winds.

Upon listening to this song, you should be taken to a similar place.

Starting with road noises, then cricket chirps, Namjoon used the beat from a music video by this song’s producer HONNE, so he could write about his love for Seoul. Genius describes his relationship with the city as “bittersweet” as also shown by the lyrics from the song’s hook: “If love and hate are the same word, I hate you Seoul.”

In this part of the song, Namjoon plays with the pronunciation of “Seoul” and “soul”, to show how he and the city have become one. This is expressed both in his first rap verse, but also in the bridge near the end, repeating the words “I live in you.”

Once again, Namjoon shows off his vocals and his amazing flow to create a song that, although may be more upbeat than the last, is still soothing. It brings you away from your world and into Namjoon’s: the beautiful city of Seoul, perfect in all of its imperfections.

This one’s a common favourite for Mono enthusiasts. Previously, Namjoon-biased fans referred to themselves as the “joon-nation”, under their glorious President Namjoon, but this one song sparked a change to that name. Now, we call ourselves “moonchildren”.

Namjoon says that the song is for those who prefer the night.

“I made the song with the feeling that the night liberates me,” he explains, “Getting away from other’s eyes, getting away from the shackles. [The song is for] people who feel a sense of freedom [at night]. People like me.”

This song’s definitely closer to Namjoon’s hip-hop style that fans love so much. But what makes this song so popular isn’t just its catchy melody and sick rap verses. It’s how empowering the lyrics are. Namjoons says that even when it seems as though we’re destined to suffer, we’re strong enough to overcome it all. That even in times we said we wanted to die, we lived zealously.

When the moon rises, it’s your time. Show them what you’re made of, because you are you.

Ah yes, the shortest and, arguably, most hype song in this album. Sung by both Namjoon and his childhood hero, Aeon, badbye starts with a synthesizer, harp noises, and a dark, malevolent chord progression. This melody reigns supreme. Plus, the effects used for the vocals give off a completely different feel from every other song in this album.

The lyrics are simple, but effective nonetheless. As shown by the play on the word “goodbye” with the line “badbye”, this song talks about coping with pain dealt by another person. Definitely a go-to if you’ve experienced a break-up before.

ARMY’s only qualms: the length. “The song is short, but that’s what makes it perfect,” Namjoon explains. That doesn’t excuse him for writing such a masterpiece and not allowing fans to enjoy it long enough…

Make sure you don’t let this song’s chill beat and relaxing vibe distract you from its true meaning: the lyrics to this one hit hard.

According to Genius, this song is meant to show how Namjoon feels burdened to live up to other people’s expectations. The chorus shows his want to cross the bridge of self-discovery to reach the real Namjoon.

This song is another that provides immense comfort: especially for those who share a similar struggle with self-acceptance. The first lyrics express the pain Namjoon feels when people belittle him with words like “Do you only amount to this?” and “You need to do so much better.” Then the song ends as he tells himself, “I can’t give up on myself,” and that it’s okay to feel worthless sometimes, with the beautiful metaphor, “Even in the desert, rain can fall.”

You should read the lyrics yourself some time. They’re a real mood-changer.

Shockingly, this song was going to be included in one of BTS’s albums, but Namjoon told his manager that the song was too personal. This is a no-brainer, considering that the title and lyrics for this song were inspired by the words of Namjoon’s therapist: that the best way to overcome pain is remembering that it will pass.

“It’s a sort of mantra I keep repeating to myself, and one that I want to tell the people I hold dear,” Namjoon claims.

And so, accompanied with touching guitar riffs, the subtle use of a synthesizer, and beautiful piano chords, Namjoon wanted to tell the world that everything in this life will eventually go away. That words like “cheer up” are weightless, since pain can never disappear in an instant. That pain is inevitable, but like the night turning into day, and spring warming into summer, everything goes: no matter how gradual it seems.

As a piano-oriented ballad with the feeling of grey skies, Genius says Mono’s title track, forever rain, deals with “the sentiment of being an outcast”. It talks about Namjoon’s struggle with depression and his fear of change.

It’s obvious because of his allusions to rain: from saying that rain pattering against his window sounds like a friend knocking on his door to say hello, to using the proverb “when it rains it pours” to represent how bad depression can get. He wants it to keep raining forever, so nobody can see his tears.

The music video draws attention to this too. The simple, black-and-white animated theme has the connotation of negativity, and paired with the lyrics, draws a link to a very important metaphor that can easily be missed.

Namjoon confesses that he feels like things are moving too fast for him. Then, near the chorus, six shadows appear on the ground beneath him (representing the six other members of BTS), and Namjoon starts to say that things have begun to slow down. This shows the deep calming effect that the members of BTS have on him.

This is what Namjoon wanted forever rain and Mono to be for its listeners: a friend, an escape from their quick-paced life.

The definition of Mono is “alone”. So, with this album, Namjoon wanted his audience to understand that it’s possible to be alone without feeling lonely.

“I had many regrets about my first mixtape,” Namjoon admits. “I wanted to make songs that remain in people’s memory. We all have those songs that we can’t remove from our playlists. I hope that [this album] could [have] one of those songs for someone.”

What about you? Do you prefer being alone? Have other albums made you feel this way? Let us know in the comments below!