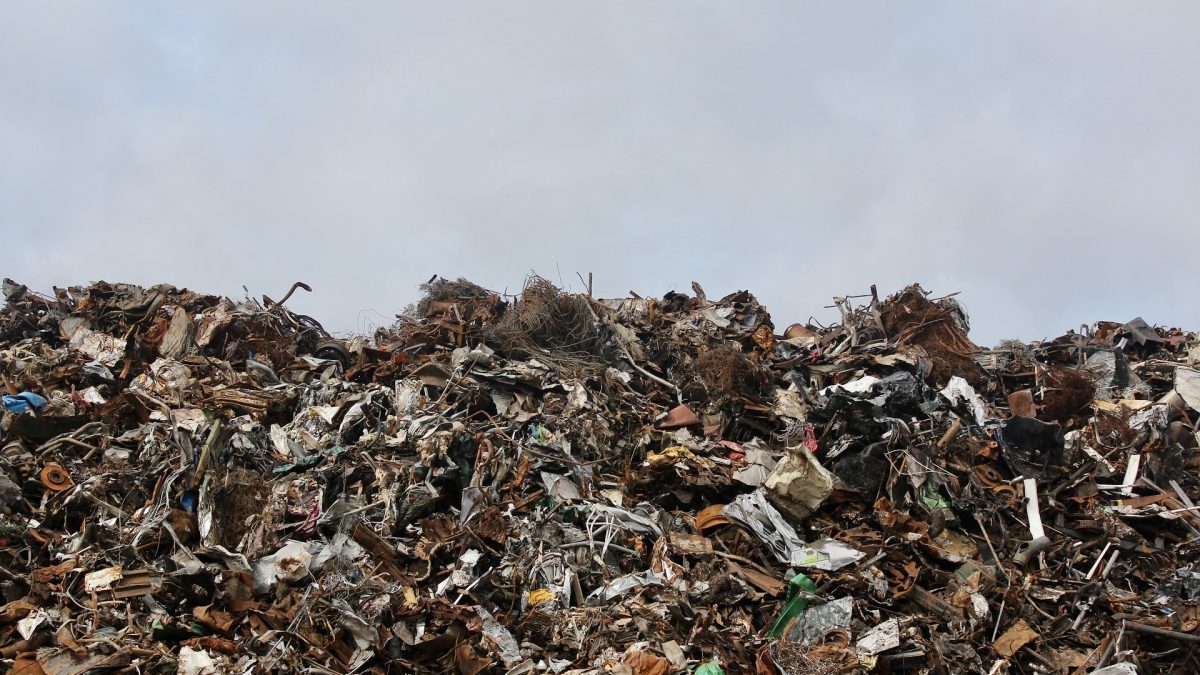 “Romania is drowning in waste and most of the landfills are overflowing.”

Last October, a BBC documentary revealed that Romania is importing large amounts of trash from abroad, despite reports that only 5% of the country’s waste is being recycled. In fact, Eurostat states that 80% of all garbage is being dumped into landfills–68 of which are illegal.

In 2017, legislation was introduced to encourage recycling to meet EU standards. Instead, it’s made things worse. Before, the private firms responsible for collecting and sorting waste would later sell it to recyclers. However, this job has been left to council teams who lack the resources needed for the job. Municipal waste sent to landfill has since risen to 90% and is estimated to be climbing.

So why is a country practically teeming with waste importing more from other countries?

As stated in an article by Romanian Insider, “the answer is simple.”

Romania has a recycling problem. Neglecting to properly select and sort their waste, Romanians opt to toss everything in the same bin, causing great problems for local waste management firms who process the material.

Amidst a crisis of poorly-managed waste, Green Group, the largest recycling company in Romania, imports 50% of the waste it processes from Western Europe. “Otherwise, the group would have to close half of its capacity,” CEO Constantin Damov explained to the BBC. The company imports pre-sorted waste to fulfil the company’s waste requirements, while Romania’s unsorted waste is left idle in one of the many thousands of unofficial and official landfills that occupy the country.

“The flow of plastic waste from wealthy nations around the world is proving too much to handle.”

In 2017, after importing almost half of the planet’s plastic for over 30 years, China (the world’s primary importer of waste) implemented a plastic ban. This blocked most residential recyclables from being imported into the country, causing countries like Japan, the US, Germany, and the UK to beg the question: Where will our plastic go now?

The global waste trade is commonly defined as the international trade of waste between countries for further treatment, disposal, or recycling. The export of the first world’s waste to lower-income nations has formed a billion-dollar international industry linked to environmental devastation, trafficking, and illegal dumping of hazardous waste.

A study by Science Advance reports an estimated 111 million metric tons of plastic waste will be displaced by the Chinese policy by 2030. Following the plastic ban, many countries around the world, motivated by profit, have taken on a chunk of the waste. But many found the weight too demanding to bear.

Meanwhile, Romania, in need of pre-sorted waste to maintain recycling infrastructure in the country, is making a profit from processing the waste of foreign countries. This leaves its own waste to rot in toxic landfills, sacrificing the wellbeing of fragile ecosystems as landfills expand into protected wildlife zones.

While the issue may seem a world away, the global crisis of waste management is prevalent in Romania, in Bucharest, and even at our own school. A major culprit of food-related waste production, the AISB cafeteria, produces 30-40 kilograms of waste each day. And only 10-15 kilos of that amount is food waste.

The majority is packaging, according to Cafeteria Manager Octavian Stoica, in the form of cartons, plastic casing, bottles, boxes, cans. All of these items leave the school in bulk every day. And the reality is, it most likely isn’t properly recycled.

“My opinion is AISB does a good job to reduce waste,” says Stoica. “The majority of the food waste is sent to the farm and leftovers shouldn’t happen. We try our best to guess how much food we need to make each day and the rest is given to the teachers.”

Rather than being sent to landfill, the food waste produced by the cafeteria is picked up daily and sent to a farm in neighbouring town Bâscoveni, where it is eaten by pigs and used “sustainably.” Stocia believes in terms of waste management, AISB is doing much better than most other schools in the country. But many say it’s not enough.

Bins at the back of AISB full of our waste. Original Image By Gabrielle W.

“Our school should set an example for other schools and institutions in Romania, pioneer environmentally sustainable practices and serve as a center for better waste management in the community,” says Secondary Science Teacher and Eco Council Advisor Billi Jones. Passionate about making the school more environmentally friendly, she argues in favor of implementing recycling systems that could potentially process the school’s waste as well as that of the local community.

The potential is huge.

“It would benefit the school community because of the ample opportunities for student learning,” Jones continues. “Plus, the local community would have an accessible place where they know their recycling would actually be processed.”

While large-scale projects like this require a greater amount of time and investment, smaller-scale projects can also prove to be effective in tackling this issue.

Taking Action: What are we doing about it?

AISB’s service groups have been looking at several ways to crack down on waste within our school community. GIN’s ‘Bring Your Own Mug Day’ encouraged people to stop using disposable cafeteria cups, while Elementary Teacher Karine Kratz has been working with the cafeteria to set up a compost bin for the lower grade’s morning snack.

Following their enforcement of a policy against selling single-use plastic in the cafeteria, the Eco Council has since organized plastic and glass recycling at major school events. They are now looking to establish a composting system when we return from distance learning.

The Eco Council making recycled paper as part of an initiative to bring down school waste.
Original Photo By Gabrielle W.

This week, a group of passionate students and teachers have come together to host “Earth Week” online. Each day, there are themes (“The earth needs us now more than ever”; “Call to action”; “I can make an impact”; “Together we Earthrise”) and activities and Zoom calls related to those themes. The goal is to get the AISB community thinking about ways to combat climate change–which is more important than ever, as we see how COVID-19 is affecting the environment.

“Every little improvement we make as individuals can make an impact,” says Student Eco Leader Paula P. “In order to improve your own waste management, you have to reflect on your everyday life and see where you can improve.”

The Earth Week group has recommended gardening during flex time and limiting single-use waste by cooking. They’re encouraging food delivery once or twice a week to support local businesses (just make sure to ask them not to include disposable cutlery), and reminding those of us food shopping to avoid overbuying at supermarkets.

To learn more about what you can do, visit the AISB Earth Week website (only available within the goaisb network), or join the #climatestrikeonline.

Environmental Activism in Romania: A Podcast Interview with Mădă Scarlat

AISB's Earth Week: How COVID-19 is Impacting the Environment