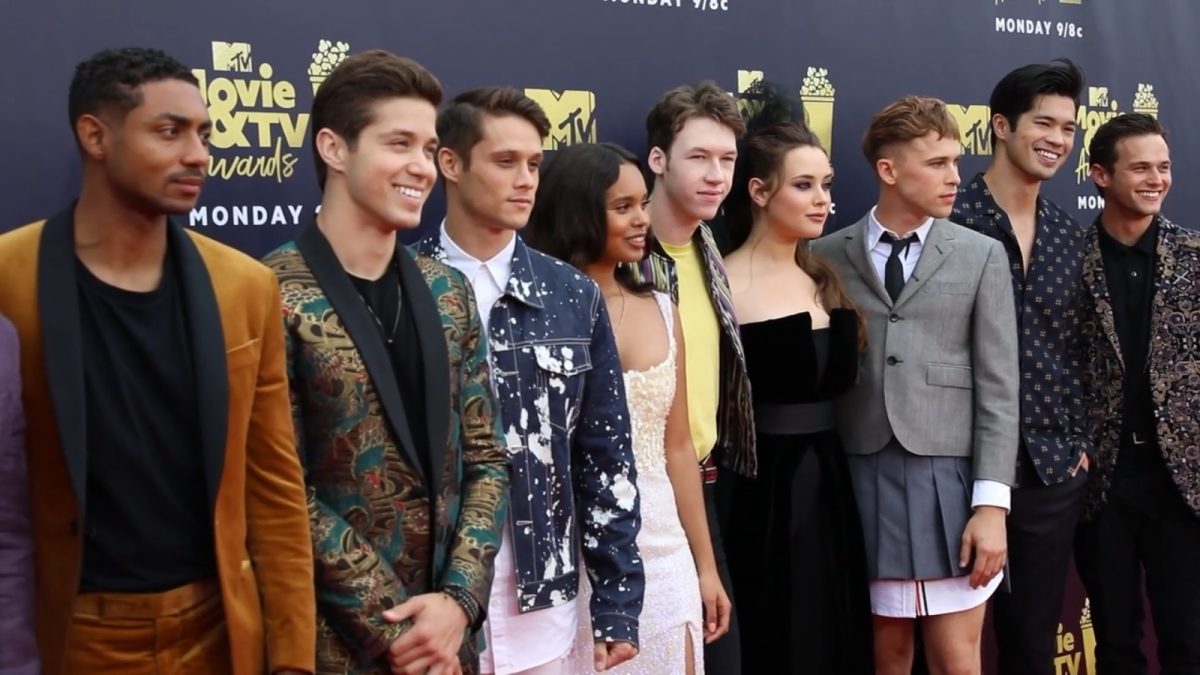 The "13 Reasons Why" cast at the MTV Movie Awards. Photograph by Nicole Alexander, distributed under a CC- BY-3.0 license.

One of the most popular and controversial shows of 2017 is coming yet again for the second season– none other than the Netflix Original, 13 Reasons Why.

The TV series revolves around Hannah Baker, a high school student who committed suicide due to a troubled life. The show features 13 tapes that Hannah made before ending her life, dedicated to 13 people whom she considers to have led her to that fateful decision.

According to the Journal of American Medicine, the debut of the show led to an increase of suicide in 2017. But is this really possible? Can a TV drama psychologically affect a person to that extent? After hours of research and talks with our high school counselors, Tim Battersby and Oddny Bakke, we’ve come to a conclusion of how such a show could essentially harm us both physically and mentally.

Battersby, on whether or not TV shows like this could increase the risk of students harming themselves, says, “Some people can see it as drama and say, ‘Wow, that was a great TV show!’ With others, it could trigger some problems with them if they already experienced some of the trauma that was in the show.”

Disputes around 13 Reasons Why suggest that the show is glorifying suicide and is too graphic for a young audience; however, teenagers who’ve watched the show tend to believe that the events are realistic and relatable.

When the first season was released, many schools around the world banned the show from their campus. When we asked our counselors what their responsibility was, Bakke replied, “When we feel like there is something out there in the community that can potentially be harmful to our students, we want parents to be aware.”

Battersby told us that emails were sent out to parents, informing them about the show and encouraging conversations at home. Here are some of the points that were made in the email, taken from the JED Foundation:

Until recently, not much information was released, but the 97-second teaser trailer (below) shows a handful of main characters frozen amid a cascade of mysterious Polaroids, many of which foreshadow the drama to come. The second season has been much anticipated ever since the release of the first season, and we know now that the release date is on May 18th.

Katherine Langford, the lead actress who plays Hannah Baker in the series, told The Mirror in an interview that “You see a very different Hannah in Season 2. I would prepare fans not to expect Hannah from Season 1 for a multitude of reasons.” This could signify that the show makers have reacted to the constant debate about the glorification of suicide.

After telling Battersby and Bakke the news of a second season of the show, we asked them what actions they will take to make our community aware. Both said that similar actions will be taken as last year, and the secondary school will be involved in discussions revolving around suicide.

A tip from our counselors: It’s everyone’s responsibility to be aware of mental illness; look out for your friends and be there to support them.

Is DP Theater the Right Choice for You?

Online Counseling: Why It's Worth A Try