Social Media Through the Eyes of a Teenager: ‘We know it’s bad for us but we can’t give it up’ 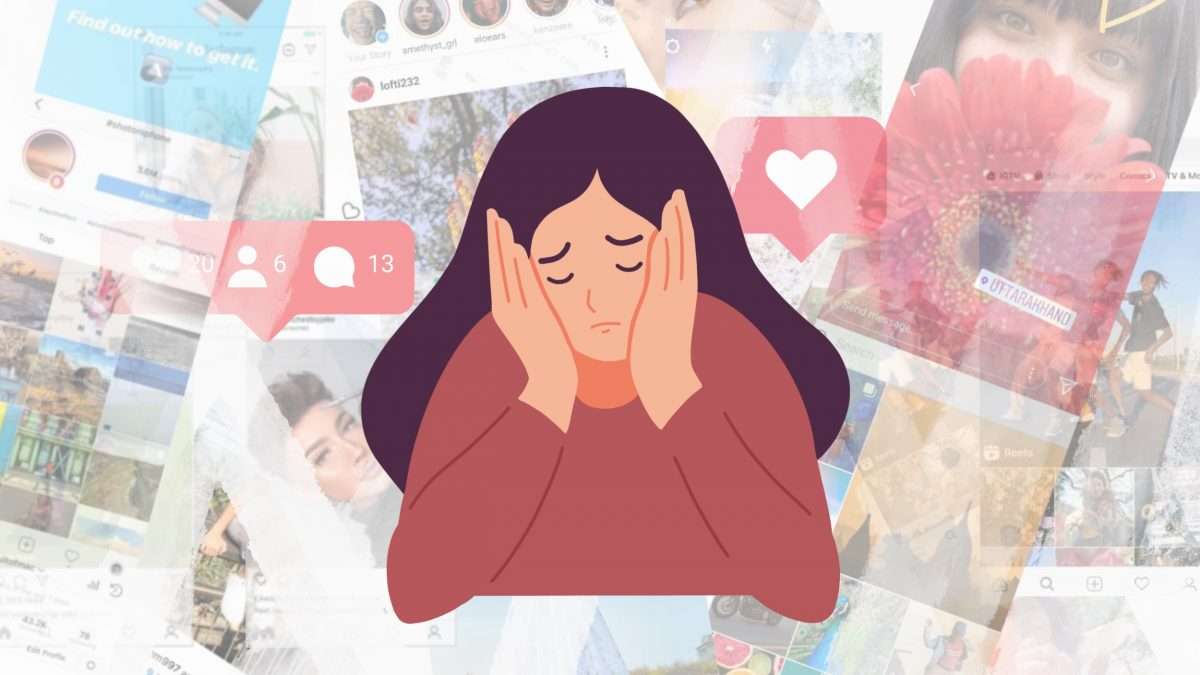 A typical Gen Z, I was introduced to Instagram early: at age eight. My parents had given me a touch-screen iPod and a small Samsung phone so I could call home when I went to summer camp. It seemed harmless—a way to keep in touch.

But it quickly became so much more than that.

I remember logging on to Instagram for the first time, and the feeling I got from scrolling through all the colorful images: a flower pot, a water bottle. A stack of books.

My friends and I began running around the house, taking pictures of everything imaginable. And soon my grid was full of photos of my desk, glass tables, what we were watching on TV, and the pool we were about to jump into. It was an instant photo book of the memories we were having so much fun making.

Fast forward six years later, and it’s now become harmful to my mental health. And it’s not just me. Studies are finding disturbing links between social media use and depression, anxiety, and general feelings of loneliness. Additionally, users often struggle with self-esteem—the result of constantly comparing themselves to others.

It seems like lately we’re all in a constant battle between our sanity and social media. I struggle to put limits on the amount of time I spend on Instagram, and I tend to focus too much on numbers: the number of followers I have; how many people like my posts; how many people respond to a story.

Sometimes it can take me upwards of two hours to decide whether or not I should actually post a picture or even a story that only stays up for 24 hours.

Do I look good in this?

Is this worth posting?

What will people think?

Beyond the damages social media can have on one’s health, these platforms expose kids to explicit and graphic content. According to an online source, 56% of 11 to 16-year-olds have come across explicit material online. Pornographic material, sites promoting crime, terrorism, racism, eating disorders, and suicide can all be found with just one click.

“It’s disturbing that this kind of content is out there,” says AISB Counselor Vera Kirsten den Otter. “Unfortunately, there’s not much we’re able to do to prevent this; we can only be aware of how this content might be for them.”

Ms. Vera explains that everyone experiences things differently. People need to check in with themselves and ask what emotions arise when they see certain types of content, or after long periods of time scrolling.

For some people, it can be traumatic and they have physical responses. For others, it might not impact them much. “There’s still a lot of guessing, but early exposure to graphic content can delay sexual behavior, can change relationships, and we can become numb to violence,” says Mrs. Vera.

This time last year, a video of a man committing suicide was shared on TikTok, a social media app. According to news.com.au, the video was hidden in “innocent looking content such as cat videos.”

This is how several AISB students were accidentally exposed to the disturbing content. “Right after seeing the video, I became very quiet,” one of the students recalls. “I didn’t talk to my parents, I didn’t come out of my room, I was just quiet. Then I cried a lot and at random times; but I think that’s a very normal response when seeing something like that.”…

The students said that reporting the video was a difficult decision to make—mostly because they didn’t want their parents to tell them to get off the app. And I understand. We grew up on social media and don’t know life without it. It’s a toxic relationship; we know it’s bad for us but we can’t give it up. I’ve deleted Instagram, TikTok, and Snapchat several times, but always come back to it within a few days.

“Human beings are wired by connection,” AISB Counselor Susannah McGlamery points out. “The improvement of technology and social media has made it abundantly easy to stay connected with people, and sometimes maybe even too connected.”

McGlamery explains that our brains feed off of the immediate gratification we get from seeing notifications, and that these social media applications tend to prey on our insecurities and create new ones to keep us using their products. “A lot of the social media platforms count on that—they have counted on some of the users’ self-image and self-worth being attached to likes and comments. They’ve deliberately created ways to keep people using their product…in a manipulative way.”

A point all counselors made when I spoke to them is that social media has created this “fear of missing out.” We have become so consumed by our phones, by this constant need to share every little thing we’re doing, that we forget why we are really sharing things in the first place. Are we posting because it’s something we like, are passionate about, or think is pretty? Or are we sharing for the sole purpose of letting others know what exactly it is we are doing at that moment?

We pick and choose what to share— the best of the best, a false wall we put up to shield our friends and followers from the often unflattering truth. Yet we forget that others are doing the same thing. We get caught up, compare ourselves, and inevitably ask the question, “Why doesn’t my life look like that?”

And while most of us suffer from this “imposter syndrome,” we also find comfort in communicating and commenting from behind the screen. It feels safe. But it also feels hurtful. Things are often taken out of context. And sometimes we forget the need for face-to-face dialogue.

“I wonder if something’s lost,” McGlamery says. “I fear that through the rise of social media, the part of us which knows how to interact on an intimate level in real life will be completely gone in the near future. When we learn to grow and become intimate online, it stunts the way we interact in real life.”