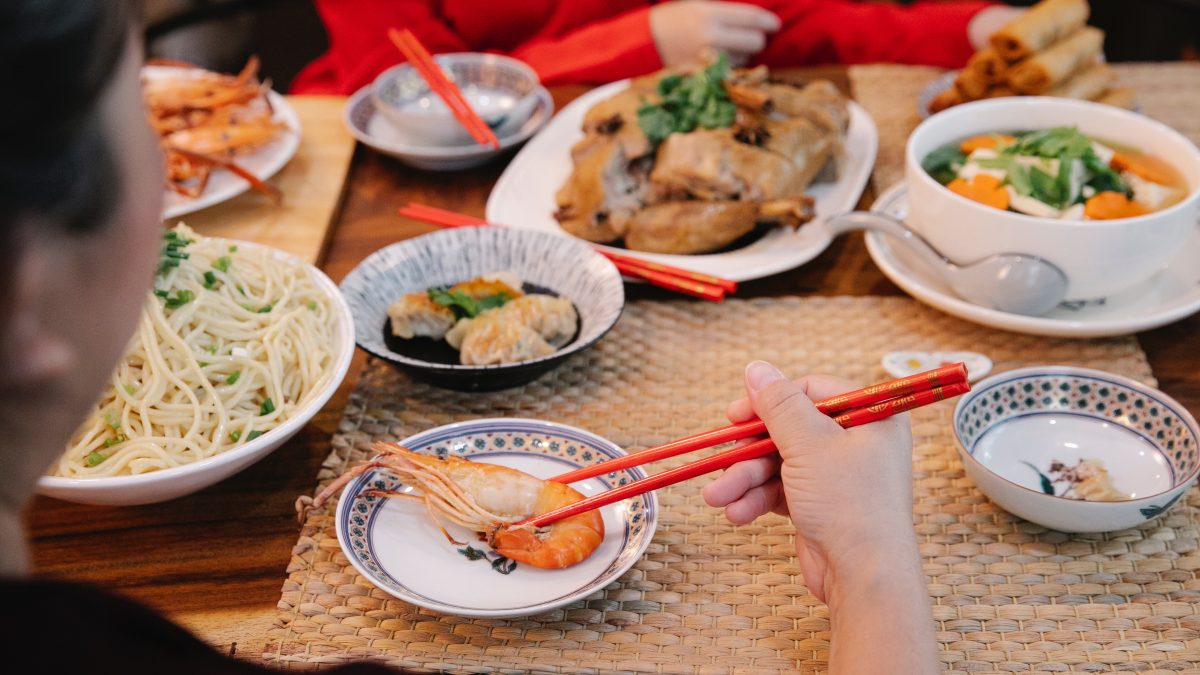 Chinese cuisine has a very long history, and is incredibly diverse. There is a Chinese saying that goes: “South-sweet, north-salty, east-hot and west-sour.” It means that the food from each region has very distinct flavors.

For those who want to learn more about China’s regional cuisine, here are some of the most popular dishes from Northern and Southern China.

People from Southern China have a sweet tooth, especially in regions near Shanghai. Because of this, some people call Southern China a “sugarcane production area.”

You walk into a Chinese breakfast store and find a stack of bamboo steamers. You open one of the steamers and smell the mouthwatering aroma of the dumplings. Inside, there are about ten small, cute little “baozis” (filled buns) arranged tightly together. You pick up one of the dumplings, take a bite, and savor the delicious soup and meat that fills your mouth. You ask the waiter, “What is this?”

They’ll answer, “Xiaolongbao,” with a smile.

Xiaolongbao, a famous dish from Southern China, is known for its small size and succulent taste. The main ingredients are pork, flour, vegetables, and sugar.

Fa Gao (cupcake-like pastry) is made with glutinous rice. It’s sugary, fluffy, and nutritious – making it a perfect snack for elders and children. Pumpkin Fa Gao, for example, is filled with Chinese wolfberries, red jujubes, walnuts, and other dried fruits. There are many different flavors of Fa Gao, like: corn, purple potato, and brown sugar. All of them are very popular breakfast dishes.

Some other examples of Chinese desserts are mung bean cake, Cantonese sponge cake, Jian dui (fried sesame balls), and Tangyuan (glutinous rice balls). Try taking a bite of the flower cake, and it will smell of roses. In summer, drinking a cup of cold, sweetened almond junket (milk curd) will help you get rid of the heat.

Northern Chinese people don’t consume too much sugar, mainly because their planting area is not large (resulting in low sugar yields). However, in ancient times, there were many wars in the northern regions of China. This may have led to people to consume heavier, saltier foods.

Jar meat is an old dish that originates from Hunan province, near Beijing. Although it’s relatively high in fat, it’s not greasy. Northern Chinese people say that jar meat is “mouth-watering and appetizing.”

Because they did not want to delay their farm work by cooking meat, the workers preserved bulks of pork inside jars, with salt water, scallion, and ginger seasoning inside. Then, they cooked it on firewood. Farmers would return home at dusk and consume their jar meat, without having to prepare a meal each time.

The dish originates from the countryside of Southern China. Agriculture in the countryside is well-developed, which means there are high vegetable and meat yields. In ancient times, farmers often had too much meat to cook at once; they had to separate the meat into several batches and cook it in a pot one by one.

Douhua is a sweet snack made with soft tofu. Dou fu nao is a similar dish; it is made with tofu, peanut butter, and soy sauce. Dou fu nao has a smoother and softer texture. When it solidifies, it becomes Douhua. Chinese people like to add a handful of scallions and minced garlic.

Whether it is “south-sweet” or “north-salty”, Chinese people have been studying how to make every dish delicious and unique since ancient times. To them, cooking is a pleasure, and eating is an enjoyment.

*To get a taste of some authentic Chinese food (although not necessarily the dishes mentioned), author Chi recommends her favorite Bucharest-based restaurants: Beijing Garden, Templul Soarelui, and China Restaurant Jin Ding.