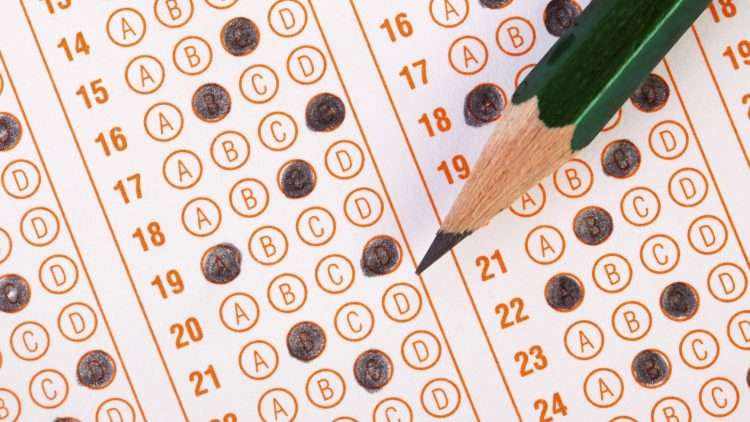 In the US, students take approximately 112 mandatory standardized tests before they finish high school. According to an article in the Washington Post, these tests consume about 25 hours each year (a total of 300 hours throughout 12 years of school). These tests will either get graded purely based on students’ knowledge of one year regarding a specific subject, or they will assess how much they’ve learned cumulatively.

Online, the definition for a standardized test varies, but the core essential definition is that to be considered standardized, “the exams need to not only contain the same information, but they need to also be graded in exactly the same manner.”

In order for that to be possible, most tests have resorted to the multiple choice grading system, which doesn’t leave much room for the interpretation of each answer (there is a right answer and the other options are wrong). Many people argue that this type of evaluation rather assesses memory since it doesn’t determine creativity if the answers are already fixed in. On the other hand, other people argue that because it doesn’t leave room for interpretation, it assesses an individual in an equal way compared to other individuals and creates a common ground through which others can excel and others will not.

AISB Secondary Principal Jon Cain agrees that standardized testing is an ambiguous topic and says that “it can be useful when used properly and very harmful when not used properly.”

In this article, all of the good aspects and the bad aspects will be presented in order for you to decide for yourself what you think about standardized tests and even come with a solution to our problem.

“Standardized tests are good for schools to look at their curriculum and to see how we are doing compared to previous years,” says Cain.

Cain states that, “It’s not very useful when parents and students are using an individual’s test results and saying ‘you’re not working hard enough.’”

It’s now up to you to share your opinion and spread the word; because after all, after 300 hours of standardized tests throughout your whole school career, who would be a better judge?