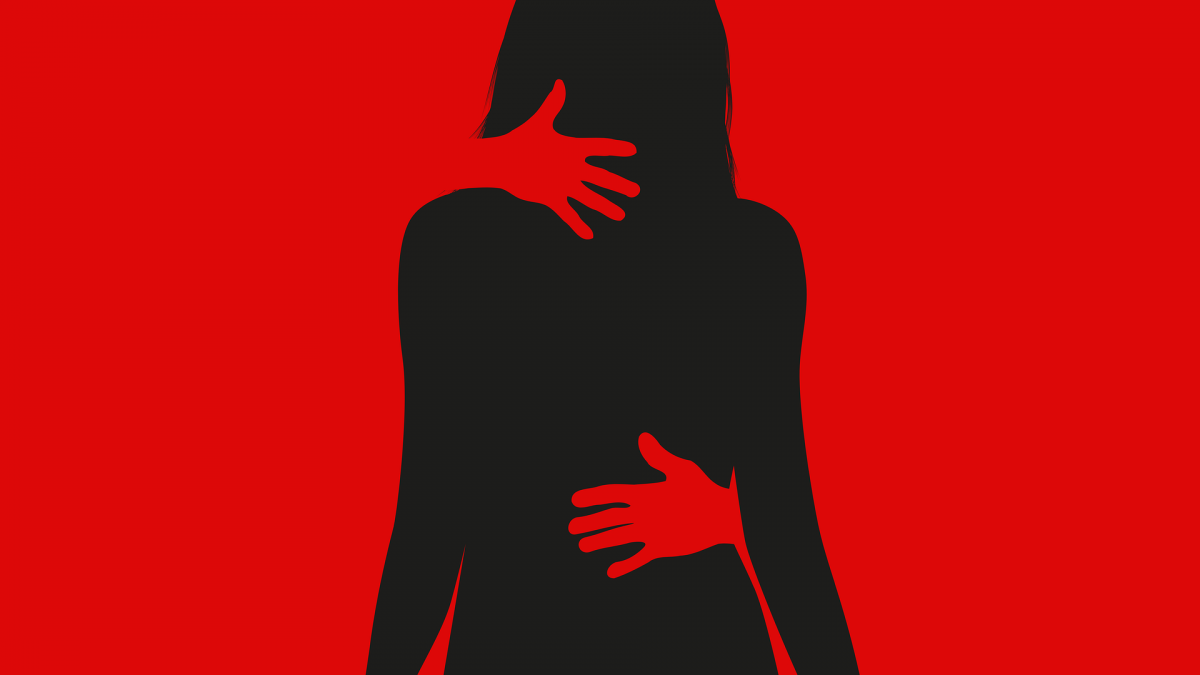 It is common rhetoric that our American International school is diverse, inclusive and safe. But is it true?

In our progressive era, prejudice and bias are often challenged. It’s now well-known that harassment based on gender, race, and sexuality is wrong and harmful. In fact, according to an American study, “50 percent of LGBTQ teens (ages 13–17) seriously considered attempting suicide in the past year. And 18 percent actually made a suicide attempt. That’s more than twice the rate of suicide attempts among all US teens, which is 9 percent.”

So, it is fair to say students should expect AISB to battle harassment of this kind. But while individual members of the community are, of course, open-minded and caring, the school as a system has shortcomings that are often overlooked.

Contrary to existing belief, bullying and harassment of all sorts occur both within and outside of the school, perpetrated by teenagers who are supposed to be “Creative, Courageous, and Compassionate.” In fact, only about a quarter of respondents of a survey recently sent to the secondary school said that they have never noticed discrimination or harassment around them.

When asked about the topic, one girl says, “There have been instances where I have felt objectified by boys in my class.” It starts to affect how comfortable students feel in class when they are aware that peers are evaluating them based on their appearance and ranking their body.

Another teenager confides in me, totally resigned, “Every time I walk down the hallways, some classmates or even people from my grade call me f**got.”

But why does it matter? It’s just a word, right? Not if it has such a humiliating connotation.

This particular term has hazy origins; it is unknown for sure where it comes from. It has, throughout history, been used derogatorily against heretics, women, and effeminate men. In the present day, of course, it is used to dehumanise people and instil fear about their sexual orientation. Oppressors benefit from this dehumanisation because it makes it much easier to speak cruel things and commit harmful acts.

When you go through your life constantly being reminded that something is… different about your identity – whether it’s your race, gender, sexuality, anything – you get worn out. You might internalise it or become bad-natured. You might give up on being liked, you might have low self-esteem and you might even become depressed.

We don’t fully comprehend language’s impact on our brain circuitry, despite the fact that it plays a significant role in our lives. The wellbeing of our community can be severely harmed by un-checked discrimination.

“Most just make jokes about it because it’s what they’re used to and what they’ve done up until now, and nobody has told them otherwise, so I think it’s the teachers responsibility to be like ‘Hey, that’s not something that should be joked about.’”

Everyone teases their friends and makes jokes but sometimes students can take things too far in an attempt to be controversial or feel respected. If a joke or comment is harsh to the point that it makes the school environment feel unsafe, something is very wrong.

A high-schooler explains to me, “People will be discriminatory to my gender around me, but it won’t be directed at me… And I just get to sit there like, ‘Well, you didn’t technically say that to me, but that did hurt.’”

“Otherness,” “us versus them,” and “herd mentality” are phrases that come to mind. However, even if there is no harmful intent, it is clear that humans have a tendency to downplay the effect of their own words and overplay the effect of words directed at them; bullying is never really a problem until it happens to you.

Did you know the school has one? A thorough read-through finds it generally comprehensive; it expresses compassionate ideals, prioritising “providing a safe and inclusive school community for all of [the school’s] members.”

But a close look at what’s written reveals that decisions regarding consequences for bullying and harassment could be left to individuals. It states that “additional consequences and restoration will be decided on a case by case basis,” if the case is even determined to be severe and frequent enough to warrant it.

That means that the teacher that the case had been reported to might be able to decide the punishment themselves, potentially leading to insufficient or irrelevant punishments. As the AISB employee code of conduct states, “(…) There may be occasions in which (…) no guidance exists. When this takes place, transparency should be the default approach, and the nature of the incident and response should be communicated to a school leader as soon as possible.”

But does that happen? One student tells me, “My sister got sexually harassed when she was in this school, at a party. But when she brought it forward to counsellors, they did nothing.” [Ed: see comment from counselling team at the bottom of this article.] In the previously mentioned survey, for every question that asked “Did the school do anything about [the discrimination or harassment you went through]?”, “yes, and it worked” was the minority response.

Anyone can be the victim of gender-based violence or sexual harassment. It is very damaging to the victim and isolates them in a unique way. It’s time to eradicate the stigma around reporting.

The school has no official sexual harassment prevention handbook, but one was created by the student-led service group FILIA. According to the groups former student leader Ingrid Z., administrators were open to the idea of its creation and inclusion in the general handbook. Unfortunately, it is currently unavailable – deleted, it seems – and the Safeguarding Handbook has not yet been updated to fix this issue.

Sebastian Olivares Lizana (Mr. Seba), Secondary teacher and Sexual Education Admin, says, “There is a male-dominance in administration, so that impacts enormously the way that meetings are being carried out…” This is perhaps one reason behind a lack of sexual harassment policy, and it only exacerbates the feeling of loneliness that victims of sexual harassment often feel. Why is this happening to me? Why is no one listening?

According to the form we sent, close to 80% of students have definitively not experienced sexual harassment. While that seems like a large percentage, it isn’t nearly enough. I believe that with a larger sample size, the percentage would drop even lower. One interviewee says, “It’s something that’s really common here, some people just don’t speak out about it…”

Further, Ingrid Z. expresses that despite the school’s willingness to adopt FILIA’s policy, she found it “disappointing and worrying” that it had to be a student initiative in the first place. “Drafting the handbook was a long and difficult process, due to our lack of experience in writing administrative documents.” Hopefully this article will inspire a renewed drafting process.

Despite its merits, the Safeguarding Handbook is not pushed out or readily available to students, resulting in possible misinformation and feelings of helplessness, loneliness or distrust. The handbook that is publicly available however, is the AISB Secondary Handbook.

The handbook that is available to students is different. While the Positive Behaviour Support Framework is worth noting, the bullying policy itself is vague. One student, when asked about it, remarks, “All of the policies in this school need more detail.”

No matter how efficient the policies and procedures are, they won’t serve their purpose if students don’t understand how to use them and who to turn to for help. Consequences are not described except for in the aforementioned framework – the policy only states that “reports of bullying will be taken seriously.”

If students could trust that reports of bullying are in fact taken seriously, this statement would probably come across as more reassuring. It feels like the school is saying what needs to be said in order to keep up appearances. As one interviewee affirms wearily, “AISB is all show, no action. That’s all.”

On the other hand, rules and punishments surrounding topics such as substance abuse and phone usage are listed clearly. Any given student knows exactly what will happen to them if they use their phone during class, but not the consequences of calling someone a racial slur.

The inherent problem is that it indirectly tells students that their emotional, mental, and physical safety might not be taken seriously. At least, not as seriously as underage substance use and inappropriate phone usage.

What is the root problem?

Hopefully we’ve established that there are problems with the status-quo. Maybe you’ve already been inspired to work on your own behaviour and remedy the issues in your social environment. Make sure to keep in mind the old saying, “Do unto others as you would have them do unto you.” Basically, if you think you wouldn’t like to be treated in a certain way, don’t treat others like that. Remember that others are human and have feelings too.

Try to call out toxic behaviours you witness, especially the particularly damaging ones and ones perpetrated by close friends. It may feel daunting but if everyone collectively works to improve the “sense of community” we are supposed to feel, we can get there.

So, what is the root problem? Perhaps the staff just isn’t knowledgeable enough about the problems the student body faces. One interviewee says, “I do have personal connections to the board… They talk a lot about stuff, but it’s not about students. It’s financial problems, it’s what we’re building next.” Some students believe it is possible that the subject of discrimination is yet to gain priority in the agenda of our school’s leadership.

Olivares asserts that not only are administrators “separated from classroom activity,” but that there just aren’t enough trusted adults to report to. He emphasises the need for transparency and hands-on administration.

Or, maybe the issue is inside the student body. Perhaps it’s simply the embodiment of teenagehood, perpetuated by insensitiveness, lack of empathy and a strong desire to fit in. One student says, “For the bullying that I’ve seen happen… there’s not enough [consequences].” It seems that the school is too lenient on wrongdoers.

The priority when handling a case of bullying or harassment should be finding out why it was perpetrated and how to help all parties involved. Often, It is not enough for someone to “reflect on their actions.”

There should be more focus on strengthening relationships, taking accountability and unlearning old-fashioned views. When this is still not enough, perpetrators of discrimination should be counselled one-on-one with the peer they hurt and with their parents. If staff can find out why the wrongdoer is doing what they’re doing, they can assess how to help them grow.

No one should be making the students at our school feel threatened or upset with their words or actions. Freedom of speech is inalienable but it often goes too far.

If someone has harassed you because of your identity – taunted, shoved, grabbed, mocked, etc – remember that it’s not your fault. You have every right to tell a trusted adult. Ask for a look at, or a printed copy of, the policy that will be carried out. Find more advice on this website.