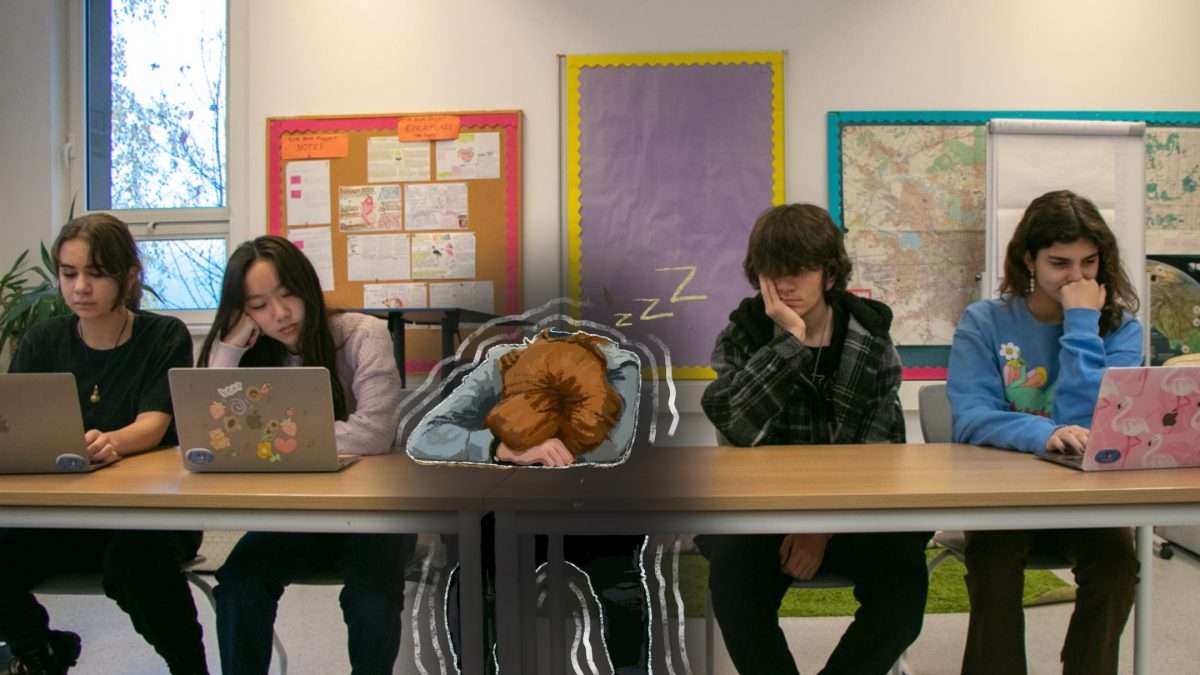 Every student is familiar with the struggles of getting to class on time, whether it’s rushing through the halls during passing time or trying to beat the traffic in the morning. Either way, maintaining a good attendance record is important to getting the most out of your classes in the time you have at school.

However, an attendance policy that’s too strict can have negative effects on students, putting more stress on them to get to school and class on time. It is important to consider the effects an overly strict policy can have on the wellbeing of students, and if AISB’s attendance policy is contributing to these effects.

There are very mixed opinions amongst current students when it comes to the attendance policy at AISB. Results of a survey conducted across secondary school showed that 53% of student respondents feel that the policy is either “too strict” or “somewhat strict.”

However, many other staff members and students argue that attendance is a crucial skill that will be useful later in life. Mr. Cezar Panait, Attendance Officer at AISB, agrees, “The student should be aware of his or her responsibilities.”

It is also important to acknowledge that students who are continuously late may have personal issues that are getting in the way of maintaining a good attendance record. Panait explains, “It would be unreasonable [on] our part to not acknowledge that some situations don’t have an easy solution.”

The reality is that a lot of teenagers struggle with mental health and sleep habits, which only makes it harder to get to class on time in the morning. An anonymous respondent to the previously mentioned survey says, “Sometimes people just have other out of school situations affecting them they may not be willing to share.”

Regardless of grade level, all students are required to attend at least 170 days of school in order to receive credit for the year. It is also an expectation that students are responsible and accountable for their attendance, including getting to school and class on time.

A new system was implemented this 2022-2023 school year in which an automatic email is sent to a student’s parents, notifying them that their child has accumulated either 5 tardies to class or 5 tardies to homeroom. Panait explains that it allows parents and students to be aware of how a little amount of lates and absences can add up.

Nevertheless, a system like this can be quite controversial from the perspective of students. Informing a student’s parents of their attendance record is often stress inducing and does not account for tardies out of students’ control. In the same survey, an anonymous respondent explained, “Instead of focusing on helping the student, it’s that they’re ‘too lazy’ or as a failure of character.”

“It’s not necessarily a disciplinary issue, however school treats it as such, and the reasoning behind why you are late becomes irrelevant.”

With the system being new this year, it is not very refined, and according to Croft, the school is reviewing this policy in regards to resetting the tardy count every quarter. Regardless, new policies always come with mixed opinions from the staff and student body, especially when it comes to attendance rules.

DP students have the privilege of being able to attend school only if they have classes, allowing them more time to study and prepare for exams. Of course, this rule has certain exceptions and components that can cause tension amongst students.

In the previously mentioned survey, many DP students reported that the rule preventing them from leaving before 1:15 p.m. should be abolished. An anonymous respondent says, “Some days I just want to go home and catch up on sleep, but I can’t, because despite my 2 release/free blocks at the end of the day, the 1:15 rule still exists. It makes me sad.”

However, a student can only gain DP privilege if all work has been completed with verification. One student mentioned that: “It’s good for students that have it, however getting [it] as [a] student is difficult and it should be given to all students disregarding CAS.”

These mixed results and responses show that there is quite a bit of controversy surrounding DP privilege and the rules involved.

Juggling school work, maintaining a social life, and recovering from the pandemic have made it difficult to prioritize mental health and wellbeing; spending 6-7 hours at school every day of the week can easily become overwhelming. AISB students and staff have also been considering changing the school start time with regards to the mental wellbeing of students.

Because of this, the concept of “mental health days” has recently become popular among schools around the world. A mental health day is a day off from all work and school-related things; it is a day to refresh yourself and get back on track.

In the same survey, results showed that more than 80% of student respondents believe that mental health days should be recognized by the school as excused absences.

Although they are not yet officially excused absences, some students already take days off to improve their wellbeing. Doga Y. in Grade 12 supports this, “I personally already take mental health days off once in a while and it really benefits me,” says Doga, “There [have been] times when I’ve been extremely exhausted and drained and needed a day to rest and recharge.”

When asked if poor mental health could be a valid excuse to miss a day of school, Croft said, “Absolutely, and I think as a school we have to exercise common sense, and I think it’s important that students advocate for themselves.”

Taking a day off to practice self-care, catch up on sleep, and refresh yourself mentally is proven to be beneficial for many teenagers. Even though a day’s worth of work would be missed, mental health days actually increase productivity in the long run, so any missed work can be easily made up.

Regardless of how strict, attendance will always be an obstacle for some students, and the attendance policy at AISB will always value punctuality and the support of students throughout their academic career.