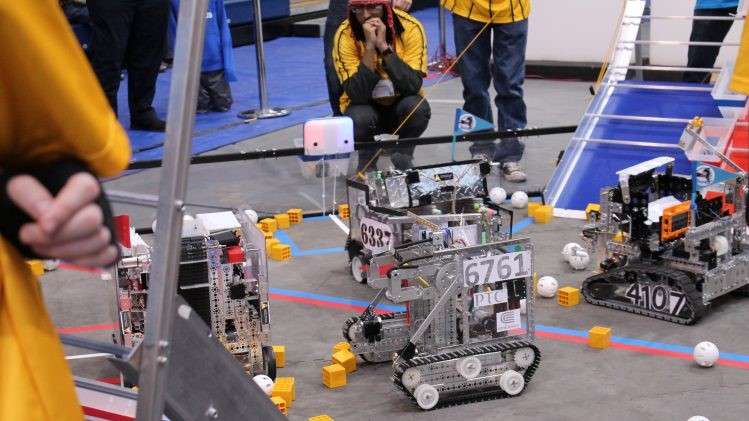 Since the CEESA Robotics tournament is over, and the Romanian championship is just around the corner (March 23-25th), it seems like a suitable time to talk about the Robotics Competition.

First, what is the Robotics Competition?

Well, each year the youth organization For Inspiration and Recognition of Science and Technology (FIRST for short) comes up with a new “tech challenge,” or a competition/game designed for 7th-12th graders. This is also the game that is played during CEESA Robotics.

There are other robotics competitions organized by FIRST, like the FIRST Lego League (FLL), for students grades 4-8, and the FIRST Robotics Competition (FRC) for pre-college students (a very intense experience for building an industrial-sized robot). 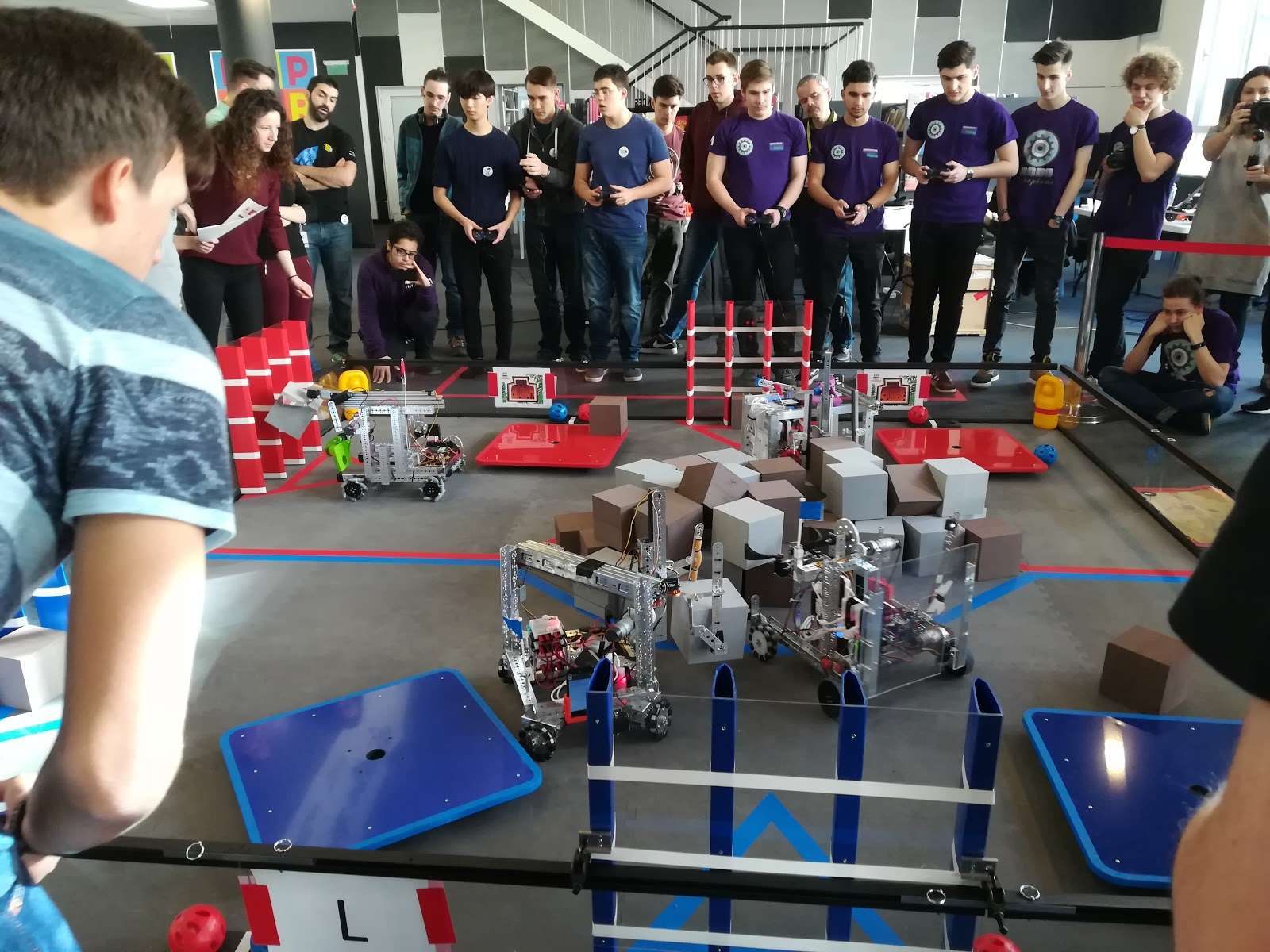 Ok, so what do you have to do in this FTC competition?

We already established that the game changes every year, so we’ll just limit ourselves to the current one: FIRST Relic Recovery. The game is quite complex, involving a multitude of ways of scoring points: both in an autonomous period (when the robot moves only because of pre-programmed coding) and in a driver-controlled period.

Robots have to be able to pick up foam cubes and place them in columns, climb balancing platforms, or even extend an arm outside of the field to drop the “relic,” a plastic figurine, in a recovery zone. 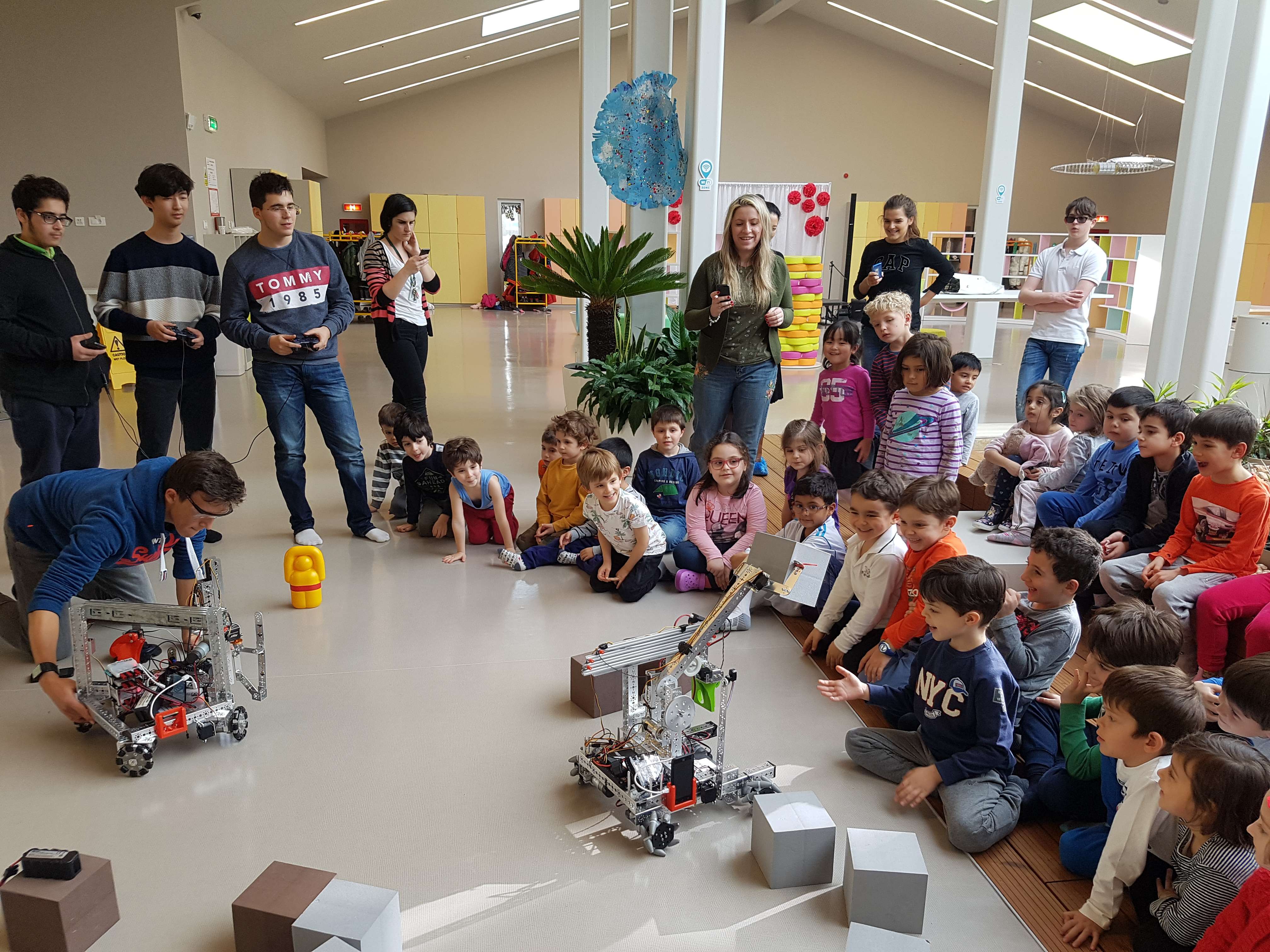 How did AISB do?

AISB entered with 3 teams: Lil Vamps, Greek Yoghurt and Heartless Honeybadgers. Lil Vamps won the game tournament, but not the invitation to the international championship in Detroit, which seemed to confuse some people. This result is due to the variety and nature of the possible awards that can be won in this competition, ranging from best coding, to best design, to winning alliance. However, there is an award that incorporates all the aspects of the robot: its design, its code, its success on the field, all reflected through its actions and, most importantly, the engineering notebook – the Inspire Award.

The engineering notebook is like a process journal that the judges rely on a lot in evaluating your robot and it was a key factor in our teams’ success. While we performed very well on the field, the evidence to support this performance and our effort in building the robot was scarce, leading to us losing the Inspire Award.

Of course, there are many things to be learned from this, the main one being “think and don’t just work.” With just a little more organization we could have put together an optimal engineering notebook; it’s something we will make sure to work on next year. In the meantime, we’ll be cheering on the team from Warsaw as they show Detroit how business is done in Eastern Europe.

More information can be found on the official FTC website, like the game manuals, with in-depth descriptions of game rules and scoring mechanisms, as well as awards and their requirements.

The Terry Fox Run Returns to AISB this Saturday