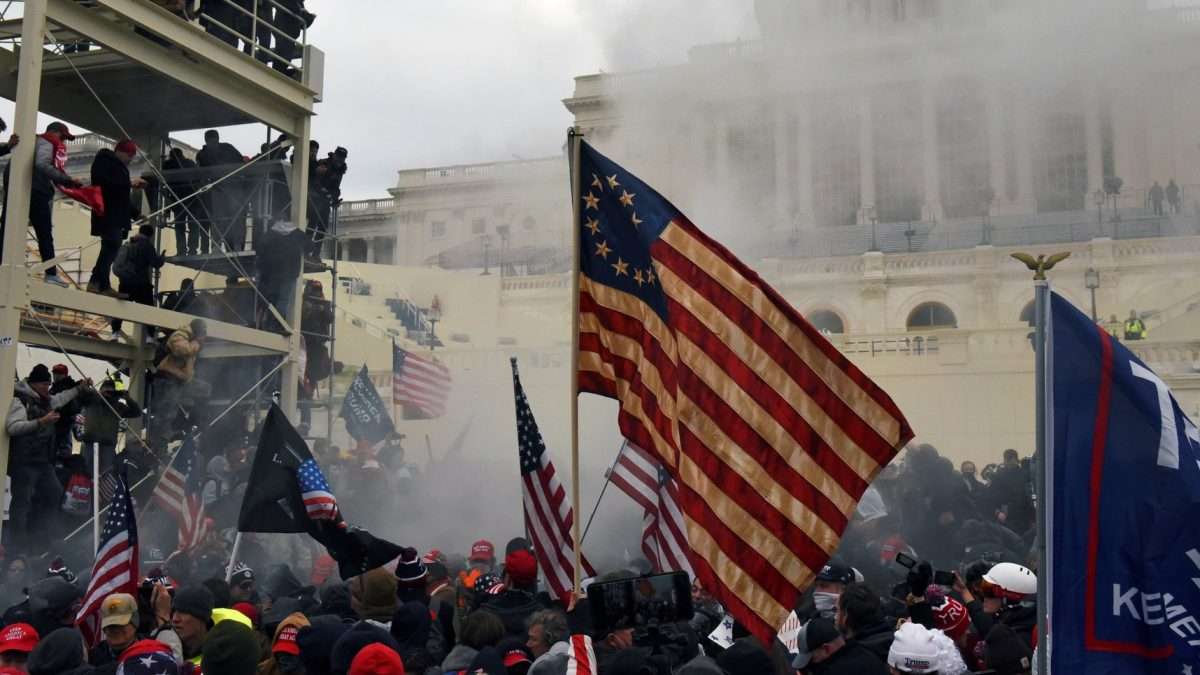 Growing up, I gazed at pictures of America with wonder and amazement. I watched sitcoms and movies set in Manhattan, Los Angeles, and Miami—pretending to be those smiling, happy people who seemed to have it all. They had, in my mind, the perfect life: The American Dream.

But as I grew older, I was able to separate reality from fiction. And throughout the past four years, the real story of America, full of racial inequality, financial and healthcare woes, and political division, was brought to the forefront.

At the beginning of Donald Trump’s presidential term, I witnessed him and my president, Klaus Iohannis, form an interesting relationship, focused mostly on political-military operations. In 2011, the US and Romania issued a “Joint Declaration on Strategic Partnership for the 21st Century,” identifying important areas for collaborative work. Many Romanians believed at first that this effort would boost our country’s economy, as well as global perception. If we were seen as an American ally, we could be seen as important.

When Iohannis and Trump had their first in-person encounter, it was televised, and I watched expectantly. The American president wanted to sit down with the leader of my country!

But that feeling of excitement quickly turned to disappointment, as I witnessed Trump speaking over my president, exercising complete superiority. It seemed like a business meeting—led by an uncaring boss, with no genuine care for his employee. Were we just a stepping stone to get more power in the Black Sea region? It sure seemed like it.

At the beginning of Trump’s campaign, his slogan was “Make America Great Again.” It seemed to be everywhere, and Trump lived by it. He and his supporters wore MAGA hats, MAGA shirts, carried MAGA signs—all in an effort to overturn policy from the Obama administration.

So, after four years in office, is America “great again”?

Statistically, no. In 2016, America was deemed the world’s fourth best country, according to US News & World Report. In 2018, almost two years into Donald Trumps’ presidency, global perception dropped, and the US fell to 8th place. Political integrity also dropped, going from 13th to 18th. But, how exactly was this reputation tarnished?

To understand more, I spoke to my grandfather, Marian Nedelcu—a proud Romanian who has lived his entire life in this country: “Under the rule of Donald Trump, we saw countless falls and mistakes carried out by this very non-diplomatic person; but, what can you expect from someone so patriotic of a country built off of territorial theft, violence and inequality? From the cold war on I have seen the reputation of America tarnish and fall apart by the leaders whose only purpose was to raise America and help the whole world while doing so.”

As Romanians, we are taught to be proud of our small country. We’ve formed global alliances; we came together to overcome a harsh communist ruler and reunite as one country. We’ve always known we weren’t the greatest country, but always wanted to be better. And for many of us (before Trump’s meeting with Iohannis), this meant to be more like the US.

My uncle, Marius Nedelcu, is a historian, passionate about the 1989 revolution. He grew up idolizing America, but has changed his opinions quite drastically over the years. “One person, holding a seat of power to the extent that he was granted, was provided a great pathway for political abuse,” he says. “He shared his hateful morals, implicitly influencing the public, and attempted to weaken the poor to benefit the rich. Donald Trump managed to make people yearning to move to America regret even considering it. The untold stories of hate-crime and public allowance of hateful opinions which further destroyed the credibility of a clean media ruined the country’s entire reputation.”

This disillusionment, which has come during my personal coming of age, has made me question a lot. The place I once dreamed of living, has quickly become somewhat of a nightmare.

In the past few years, my family and I have watched news reports of countrywide protests against police brutality. We’ve seen people begging for basic human rights—rights that ceased to be granted solely based on skin color. And we’ve seen a growing, hateful division between the left and right, proving that the US was never really united at all.

In my opinion, many Americans seem very patriotic and almost nationalistic, often blinding themselves to the real global and local issues. Media coverage also prompts many Americans to focus on proving to the opposition that they are the better group of people, no matter the category— thus forgetting the rest of the world is watching. But we are.

During the BLM protests, we saw the former leader of this massive country hide in his bunker, unable to face the problems his very people were going through. Allowing people to continue trying to end the fight for racial equality left me completely disappointed in a country I had once longed to be a part of.

We also watched as Trump fought against unsubstantiated claims of voter fraud—something I grew up hearing a lot about from both my parents and grandparents. My uncle says that, “When we started voting, we realized that our elections weren’t entirely clean, therefore looking up and hoping that one day our elections would be as clear as those in America. However, when Trump managed to tear down any credibility, we started to realize that not everything is how it seems.”

By continually spreading these lies, Trump ruined his own peoples’ trust as well as worldwide belief in American election transparency and democracy. Tarnishing the reputation of one of the most idolized countries in four years is quite difficult to do, but tearing down the basic morals and ethics the country was built on is one way to do it.

On January 6, 2021, the world watched as America’s Capitol was stormed by angry radicals. We couldn’t believe our eyes: a country preaching peace and literally being called the “United” States, divided into complete opposites. America looked more like Romania than we ever did, and with a leader implicitly encouraging all these actions.

To those of us outside the United States, watching all of this unfold, we saw an America left in shambles—more divided than ever. We saw the ugly truth once hidden behind the shiny Hollywood facade, and realized our own countries were not that bad.

And many, like me, now realize that the American dream doesn’t really exist—or at least, it looks much different than we once thought.