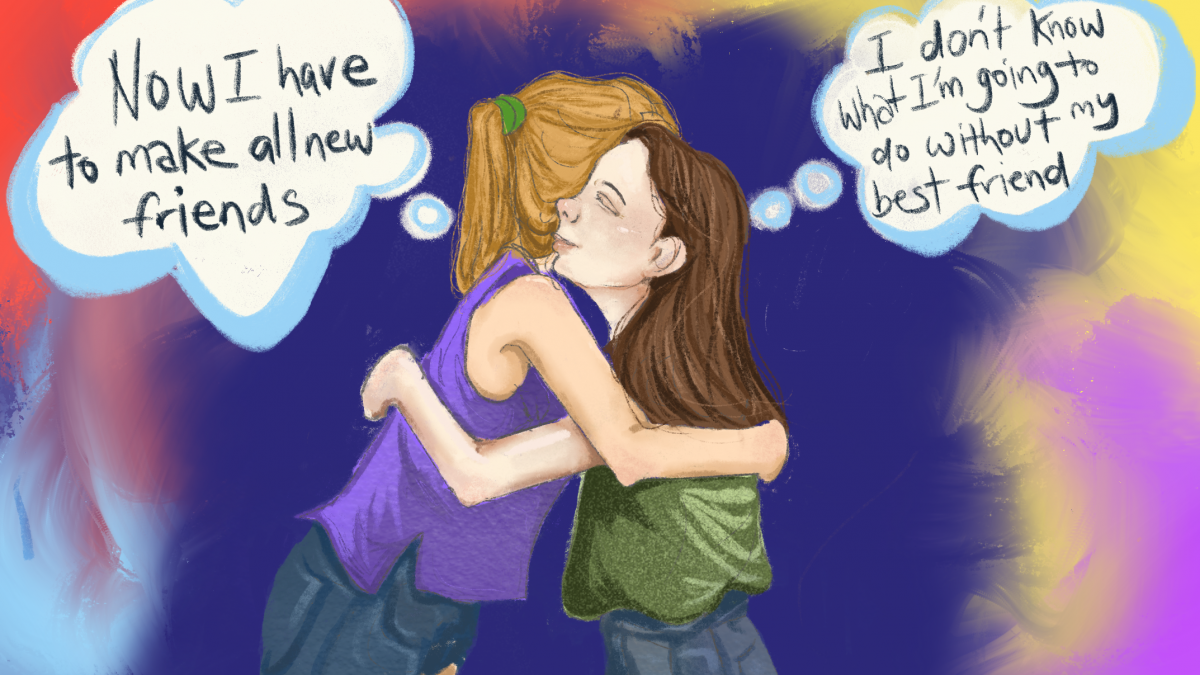 It’s that time of year most of us international students dread: moving season.

Some of you might be packing up your life in boxes, while others may be staying behind, watching your friends leave. Either way, next school year might be looking different for you, even if you aren’t moving to a whole new country.

On average, about 20% of AISB students leave every year (replaced by new students), according to MYP Coordinator Andy Pontius. Being a third culture kid (TCK) can have lots of emotional impacts on both you and the friends you are leaving behind.

AISB Design Teacher Alma Hadzic was a TCK and has grown up to be a TCA (Third Culture Adult). She’s lived in three continents, eight countries, and 16 apartments, and on average, has relocated every three years. Moving around this much, one might think that over the years it would get easier.

However, she says, “It really never gets easy on an emotional level; it’s just as an adult you develop skills.”

When moving to a new location, there are 5 stages of culture shock that most of us experience in order. These include:

These stages of culture shock can last up to a year and can be pretty frustrating for anyone moving. TCKs commonly have transition fatigue, unresolved or complicated grief, and confusion or stress around identity.

On the flip side, TCKs also have a high amount of adaptability, a clearer sense of self, and an international mindset.

Bennu is a 9th-grade student who has been at AISB for nine years. She has been here through changes in faculty, campus expansions, and countless changes in friendships.

Some people check out of relationships when they find out they’re moving or that their friend is moving so that it isn’t as hard to say goodbye. It is important to feel sad and make the most of the time you have left, instead of trying to make it easier because you may end up hurting your friends. This is the reason why many stayers stick together and don’t become friends with leavers as much.

Usually, when we think of a grieving process, we think of someone passing; but this process can be applied to a loss of anything. Grieving a friend leaving usually looks like this:

This could look different for every individual; it can happen in different order, and it may not happen at all, according to AISB Counselor Vera den Otter. But she says It’s important to remember that this is just the most common way to cope with grief, not the only way.

When moving, it’s very important to have a good goodbye so that you leave with closure and good memories. A guide for leavers would be using the acronym RAFT:

Having lots of knowledge about where you are going is very important because then you know what to expect, and you can get excited about where you’re moving. Any way that you are feeling is ok and you should embrace your emotions.

“If you feel excited, feel excited,” encourages Ms. Vera. “You deal with whatever feelings come in reality when they come.”

Usually, when arriving somewhere new, you’re assigned a buddy to show you around and help you make some friends. These people are usually TCKs because they would have a lot in common with you and they generally are very open-minded about meeting new people. They play a very crucial role in your transition and can be overlooked.

Ms. Hadzic says these people are instrumental in acclimating to a new place as “you need to anchor yourself somewhere,.”

The Importance of Teen Friendships

Ninth grader James M. moves, on average, every two years. He says that at first he would be resistant to making friends, but it’s become easier and easier the more he moves.

“Before I wouldn’t be able to keep in contact with everyone,” he explains, “but I feel like now that I’m older, I try to build more of a connection.”

While it might become easier for some over time, many students feel anxiety over making new friends and being liked by their peers—and for good reason. According to Science magazine, social exclusion activates the same parts of our brains as physical pain.

Consequently, when moving schools and making new friends, it is increasingly harder for teens socially. This is why social media is a great tool to stay in touch with friends so they won’t feel so alone.

Ultimately, moving is always going to be difficult, but there are ways to make it easier and it is important to understand the kind of emotional impact it has. If you have any ways that have made moving easier feel free to comment below!

Tags #End of the year
Videos