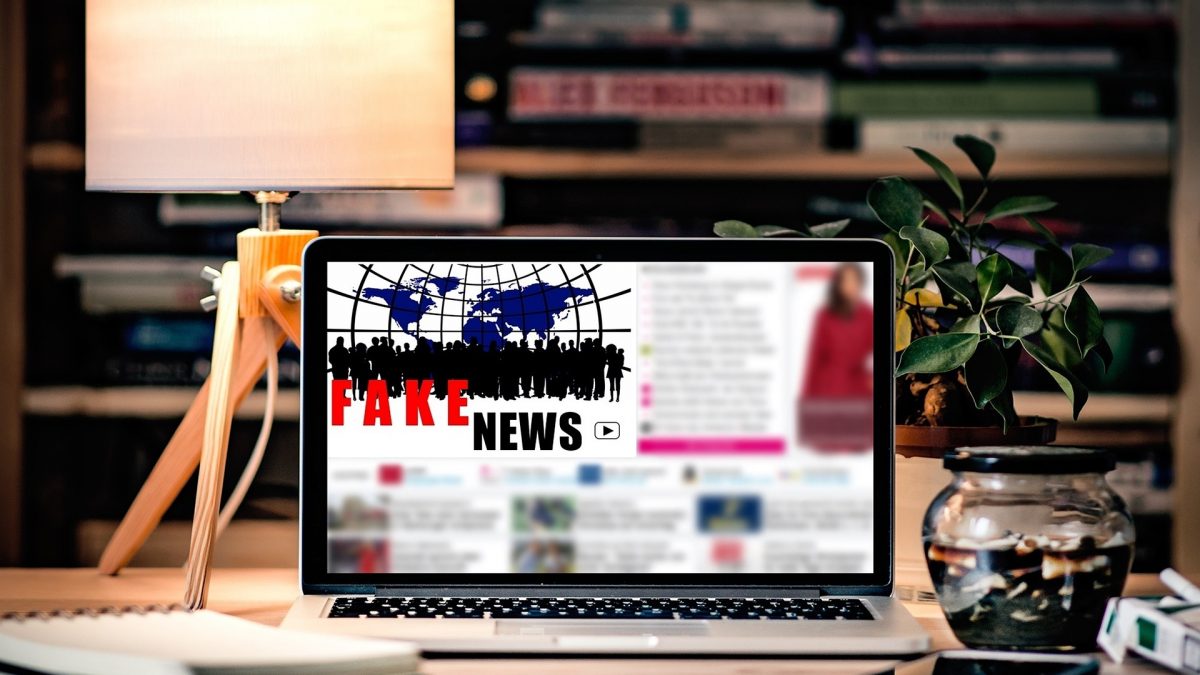 Ever since the early 19th century, newspapers (and now news outlets of all kinds) have been publishing fake news to gain viewers and become profitable. Now, due to social media consumption, researchers have found that false news spreads “significantly farther, faster, deeper, and more broadly than the truth in all categories of information.”

So, how can we make sure we’re not duped? Well, here’s a great start: the top five ways to spot fake news.

Pay Attention to Emotive Language and Your Own Emotional Response

News sites, now more than ever, are allowing emotional language in their headlines and articles. There are two main reasons for this, according to The Guardian: the news source may be left (liberal) or right (conservative) leaning, and using persuasive language to influence elections or policies; or, they might just be out to make money, relying on shocking or attention-grabbing headlines to generate money (through advertisements).

Something to remember: The average attention span for humans is at an all-time low, at just 8 seconds. This means that news websites have to capture your attention in eight seconds or less before you go to one of the endless competitor websites. The easiest way to do this is by using language and pictures that evoke an emotional response.

A study by Simon Fraser University in Canada found that, on average, “fake news articles use more…words related to sex, death, and anxiety.” The researchers also found that “overly emotional” language was often used.

It’s simple. If you’re feeling angry, sad, or disgusted, then the article probably wanted you to feel that way. Now, sadness can be a ‘deactivating’ emotion, making you want to stop reading, but, done right, it can go viral. Know that anger spreads the quickest, even faster than joy, meaning that anger-inducing articles will get the most shares and views, both of which the publisher wants. From here, do some research. Is the article doing this on purpose, potentially disregarding facts to bring viewers? Make sure to double-check the facts before sharing the article, and if there’s false information, don’t help the article spread by sharing it.

This is probably the simplest method of all to check for fake news. Most articles use images to get more clicks (Think about it: would you click on a story without a picture? Probably not, as humans are very visual creatures.). But, it’s important to know that the use of images can be used to distort the viewer’s opinions on a topic. Take the image below, for example:

This image was shared on Facebook this year to show how bad Coronavirus was becoming in China. However, after a reverse image search, you can clearly see that the image was published on March 26th, 2014. It was originally an art project to remember the 526 victims of the Katzbach Concentration Camp during WWII.

So, you’ve found an image on a news website that you don’t think is relevant to the story at hand. How do you check whether it’s real or not? The first step, if using Google Chrome, is to right click on the picture and select “Search Google for Image.” For another internet browser, download the image (drag onto your desktop of right click and save), then simply drag the image into the Google search bar. Many times, multiple pictures will pop up, so you’ll have to use some critical thinking skills to deduce whether this is because it’s a stock image, or if it’s being used by multiple outlets on purpose.

Alternatively, you can use TinEye, a website that works on the same premise and uses the exact same steps. Except, this time, you can find the oldest image easily, simply by choosing “Sort by Oldest.”

Et voila! The first image shown is a sponsored one, but the second one is the original image.

Every year, news outlets spend $1.5 billion in the United States alone on news stories, advertising and staying relevant. This money seems to be well spent, as the top news syndicates actually get over 100 million visitors per month (with Yahoo News leading at 175 million views a month).

However, 86% of the US population believes that news outlets publish fake news, whether regularly or occasionally, and 10% admitted to sharing news they knew was fake. The good news is that, because there are so many news outlets, fake news can be cross verified with other news outlets.

Rather than Googling specific search terms and hoping your result turns out to be the one you expected, you can install an extension to Google Chrome called The Factual. What this does is very simple: for any story over 250 words, the extension analyzes everything from author credibility and sources to quotes and political standpoints.

Another way of doing this is by using fact-checkers. All you have to do is search for the topic on the sites below, and it will show you if it’s fake and why.

Make Sure your Source is Credible

This is, without a doubt, one of the toughest things to look for, as the credibility of a source can change at any time. However, it’s extremely important to understand whether or not you should trust what you’re reading. The basics: A credible article should be backed up with evidence from primary and secondary sources. It should include direct quotes from experts or witnesses from all sides of a topic, and include hyperlinks to facts (which should also come from credible sources).

It’s a challenge to find unbiased, credible articles–especially since only around 1% of all the stories The Pew Research Center’s Project for Excellence in Journalism examined contained two or more named sources (which should be the minimum). It’s important to note that many sites simply recycle stories reported by The Associated Press (AP) or Reuters. And while these are two highly credible sources, biased websites will often pick and choose what to include, or add emotive language to persuade readers or often take something out of context.

We touched on this earlier, but understanding media bias is vital when looking for factual information. Generally, major news outlets have a political agenda, meaning that they will still report facts, but potentially skew them slightly to match the bias they want. Here’s a look at where the most popular new sites fall from left (far left/liberal) to right (far right/conservative:

Generally, you’ll want to stay in the center column. Additionally, you can check out this list from Forbes: The 10 Journalism Brands Where You Find Real Facts Rather Than Alternative Facts.

It’s a lot of work to make sure we’re consuming factual, unbiased news, but it is more important than ever. We hope this article helps you, and please comment below if you have any additional resources we might have missed.

Find out what AISB's Teachers Have Been Baking in Quarantine