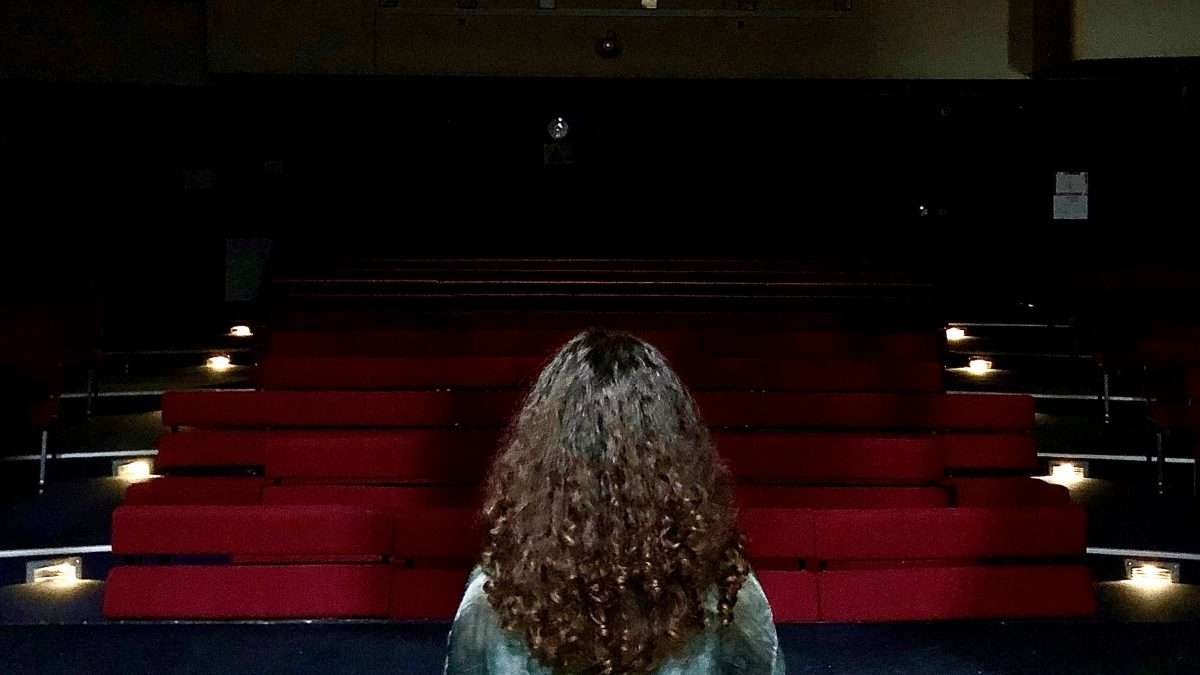 Shows on Broadway and West End started to open up late last year, with AISB’s own theater hosting its first live play since 2020. And now that covid restrictions are lifting in Romania and much of the world, it leaves the question: How has the pandemic really affected drama programs and their communities?

A Lengthy visitor: Covid-19 repercussions on the theater community

In March of 2020, along with the large-scale lockdowns due to the Covid-19 pandemic, many major playhouses closed their doors. This caused a ripple throughout the theater community, leaving actors without stages and without steady incomes. Many people had to return to their hometowns, settling down far away from their work.

At the same time, AISB moved online—just a few weeks before the middle school play Game of Tiaras was scheduled to be performed. Drama Teacher and Play Director Jennifer Lawless remembers being hopeful that we would return to school, but the lockdown kept being extended. The play was eventually canceled, leaving vacant set pieces and disappointed actors.

“ It still makes me sad when I think about all the work we put into it, and how good it was going to be, and it will never happen,” says Mrs. Lawless.

When thinking about these Zoom productions, Mrs. Lawless says they “were fun enough, but definitely not the same.”

Drama classes were also taught online, posing new challenges for the teachers and the students. According to DP Drama Student Karl F, “It was definitely an impediment that we didn’t start off on a stage for our course.”

When asked about how much he expected the pandemic to impact theater, he noted that “A pandemic is something that doesn’t allow people to you know, go out, and that’s pretty much the center of what theatre is. Theatre may be seen as self-expression and all that jazz but really, ultimately it’s something that people go out to see and if that first factor is sort of impeded on, that’ll obviously shake things up and affect things.”

“Theater isn’t a tradition that comes from the cyberspace“—Karl F.

Outcomes of the Pandemic: The positive side of the story

With varied experiences during the pandemic, it was certain that there would also be a myriad of outcomes: both negative and positive.

The pandemic allowed the theater community to globally collaborate online, prompting playwrights to write plays specifically for Zoom productions. It additionally allowed people to act in productions in which they would have not been able to otherwise due to location, medical reasons, commitment, etc.

“Being forced to think about it creatively, being limited always results in new ideas coming forward,” says Mrs. Lawless.

Furthermore, the pandemic enabled theater to be exposed to a much wider audience through the rise of recorded performances such as professionally filmed productions and movie/screen adaptations of other productions. Online theater platforms like DigitalTheatre+ allowed students to view online productions with school subscriptions.

A full-length professionally filmed version of Hamilton streamed on Disney+ mid-2021, introducing many to the award-winning musical. Other subscription services started providing filmed musicals such as Come from Away on Apple TV and Shrek the Musical on Netflix.

During the start of the pandemic, the owners of YouTube channel The Shows Must Go On! collaborated with Broadway composer Andrew Lloyd Webber to stream his musicals on the platform for 48 hours every Friday, for free.

Tickets to see live shows can be expensive, and the availability of tickets may be difficult. Having these public platforms allowed more people to watch their favorite shows at a smaller cost or with a previous subscription they might have had. People with disabilities, health issues that prevented travel, or with financial insecurities could now watch and enjoy theater.

It provided easily accessible entertainment to those who may not have been able to experience it. Lawless notes,“ People just want joyful experiences.”

Broadway reopened in late August/early September 2021, after 1.5 years without an audience. The long wait was due to not only the New York’s lockdown, but also because of many other factors—one of which was the pre-production needed for staging a show.

Productions needed ample time to recast and reunite cast members and staff who were out of work for almost a year. Rehearsals, advertisements, dealing with new safety protocols, and many other challenges prolonged its return. This was the reality for most.

London’s West End was slightly more fortunate, reopening in mid-May 2021. However, the effects were still ravaging the arts communities there, with a reported 80,000 music, performing, and visual arts jobs being lost in the UK in 2021.

In Bucharest, theaters and operas opened in early May 2021 at only 30% capacity. Most local theaters resorted to online performances before their reopening, with the 30th annual National Theatre Festival in Bucharest being held online between November 22 and 29th, 2020.

The return of theater was anticipated, as per the words of Mrs. Lawless: “Theater’s lasted for thousands of years; this is not the first plague that theater has been through. Theater will always recover.”

AISB Drama: Back in business?

Six months ago, AISB hosted its first live theater production, The Coat and Its Curious Travels. While it was outside, with audience members wearing masks, physically distanced, it was a huge step forward for the drama department.

Co-directed by Mrs. Lawless and DP Drama Teacher Mrs. Rachel Thomas, the high school production consisted of 14 high school students. They rehearsed in the actual theater, masked, but on November 20, 2021, they did something the school hadn’t seen before: they performed in AISB’s Central Park.

“I was so overcome with emotion…just thinking about how much we’d been impacted” —Mrs. Lawless.

The school recently started rehearsing for the middle school play, which will be performed on June 3 and 4, 2022. The play is called Channeling Grim by Tracy Wells and is about two friends who find a secret TV channel that displays wacky versions of Grimm’s fairy tales in the styles of popular shows. Read more about it here.

In addition to the plays and productions, drama classes are finally in-person, mask-optional.

And while it’s not technically the theater, AISB’s music department is hosting a Broadway-themed “Cabaret Night” this Saturday, May 14th. From 5pm-7pm, the Cabaret Choir, Jazz Band, and Instrumental Ensemble will be performing—the first real community music event since 2020.

After months online, a school community is something that we are lacking. Performances like these bring people together—sometimes forcing audience members to sit next to one other; watching their peers perform on stage; and having the same collective experience of watching people doing something they enjoy.

“The thing that we love about theater is that live experience,” says Mrs. Lawless. “There’s nothing like being in an audience full of people and watching it on stage.”

Video Quiz: How much do you remember from school?