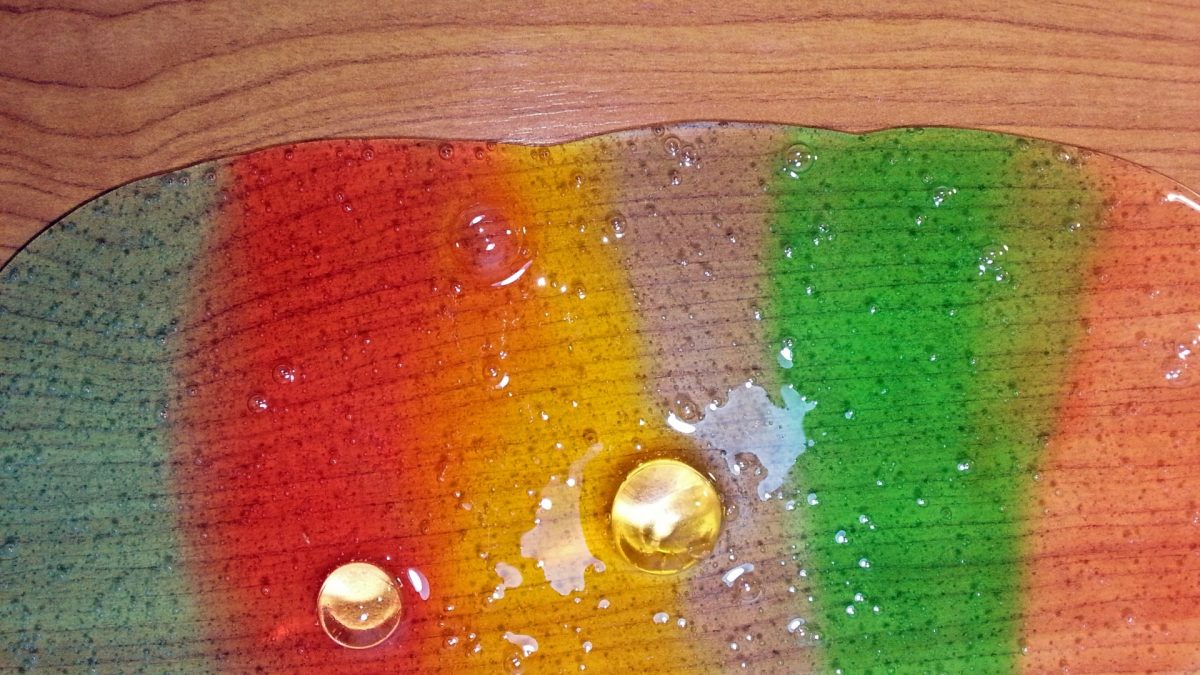 Although many teachers don’t agree with kids using it in school, the sticky stress reliever slime is the new trend in Middle School.

Slime has risen again to become one of the most popular DIYs. It’s the new fidget spinner. It was developed in the 1920s when the science of polymers were being determined.

Manufacturers have sold polymeric play materials like slime for years. They are known to not only amuse children and adults, but to also help in the development of dexterity and creativity. Mattel first started to manufacture this product in the winter of 1976, and it was sold in a green plastic can. The most well-known way of making slime is by adding glue and borax or detergent together. Most people add food coloring or shaving cream to make it fluffy, depending on what texture they want to achieve. With more than millions of social media users advertising slime, who wouldn’t want to make it? But everything has its limits…

Many teachers are complaining about students bringing slime to their classes, saying that it causes students to be distracted. The Middle School trend got really popular especially after the trips. There’s always at least one student that has slime in class. According to a 6th grade student, “The kids use it under the table and may pass it secretly to each other so teachers don’t notice.”

Melissa Wilde, Grade 6 and 7 Learning Support Teacher, has noticed this trend and commented that, “They play with it when they should probably be working.”

Playing with slime while listening to the teacher is multitasking, which is something that most kids in 6th and 7th grade aren’t able to do. Slime can also create a distraction by creating conversations because students get curious about the how the other kids made their slime. This ends up creating a slime conversation instead of the actual subject that they are in.

Slime seems to be made mostly by girls; however, boys like to play with it too. Middle schoolers report that they usually make big batches of slime in groups and have what they call “Slime Sleepovers,” where they make slime together.

The trend has been decreasing as a result of slime being taken away much. However, despite being a distraction, slime does have some advantages. For some kids, it’s a good tool because it helps them to focus. It teaches kids about chemistry, following directions, and lets students express themselves. Creating slime also allows kids to socialize while making and playing with slime, without the need for technology.

Tips On How To Survive The IB, from AISB Alumni