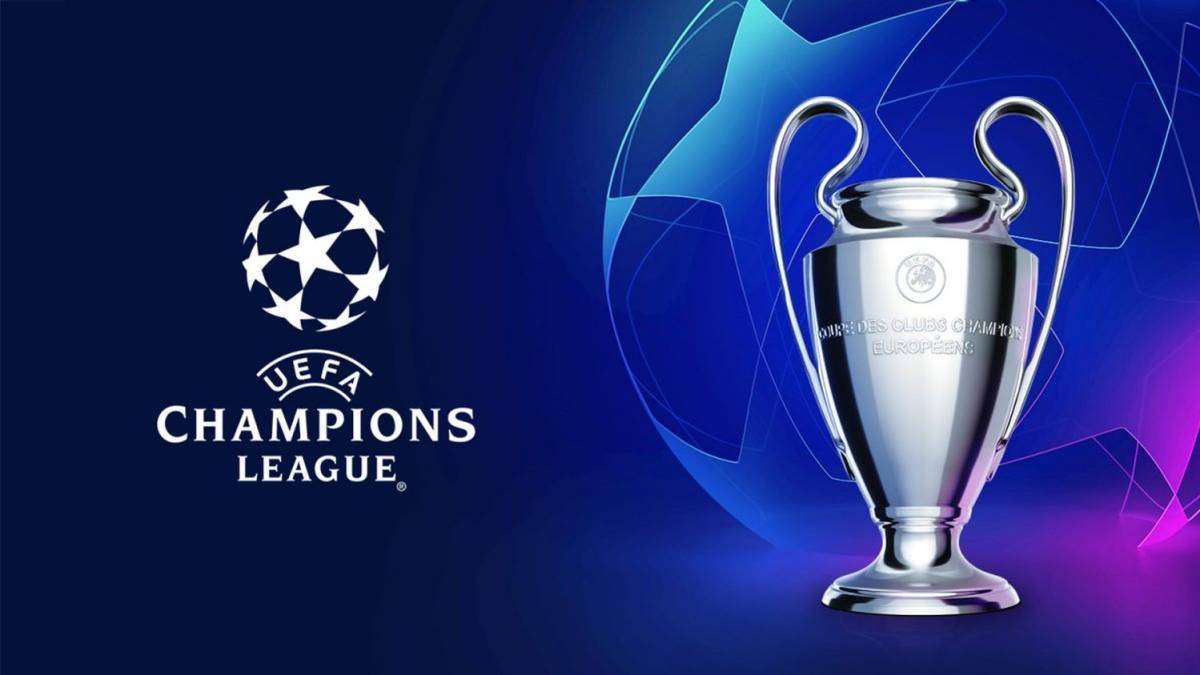 Every year, millions of fans follow the Champions League, a major worldwide football event. Just two years ago, Football Whispers reported that the 2018 Finals drew an approximate audience of 480 million people worldwide, even more than the Super Bowl!

Every year, 32 teams confront each other for the most prestigious trophy a club could receive, designating the best team in Europe. Millions of fans, in the streets and in the stadium, push their teams to do their best, to honor their colors and their city. It’s about passion for your club, it’s about hatred for your rivals. This competition is so much more than a game of 22 people kicking a ball around–it’s a rollercoaster of emotions. No two games are the same, every minute is suspenseful, and anything is possible.

The group stage is already in progress and will continue through December. From there on, the two designated winning teams will qualify for the Round of 16. After that, the quarter and semi-finals take place. The teams that come away victorious will face each other in the final in Istanbul on the 30th of May.

Who are the favorites to win this year’s edition?

After their elimination last year by Liverpool in the semi-finals with a surprising comeback from the English side, Barça is bitter for revenge. They secured the Spanish championship last year. This season, their objective is to raise the European trophy, with players that any club would envy.

At AISB, Enrique, a Barcelona fan from 9th grade, thinks that they will get to the semifinals. “Barcelona’s team is not as good as it once was, but they have brought some new players so I think they will go far,” he says.

Barcelona’s offense is fiery; Messi and Griezmann can change the game at any moment; and Suarez is a deadly finisher. In addition to that, 16-year-old winger Ansu Fati is breaking records and could become the next Messi. The young Ajax recruit, De Jong, is also a very promising talent and can bring a creative twist to the game. With Lenglet and Piqué as center backs and Ter Stegen as Goalkeeper, their solid defense is backed by experienced players.

Although they have won many Premier Leagues, Man City has been eliminated in the quarter-finals in Champions League each year, making many people believe this is their last chance to win the UCL.

Sportswriter Harry Diamond, in an article for The Football Faithful, writes: “Despite having never won the trophy and not having progressed past the quarter-finals in seven of the past eight seasons, Manchester City are the favorites to be crowned champions of Europe in 2020.”

For 9th Grader Daan, a loyal Man City fan, “Man City definitely has some chances with their pacey players and their very strong midfield. They could make the semi-finals.”

The team will be led by the Belgian playmaker De Bruyne and their decisive striker Aguero. Their wingers are some of the best in the world, with the explosive Sané and Bernardo Silva getting better each year. Newly-recruited Rodri will bring balance to the midfield and replace the aging Fernandinho. For their defense, they have some young promising talents, like Mendy and Stones. However, their main defender Laporte is currently injured, forcing Otamendi to replace him, a possible weak spot in their team.

Will Liverpool be able to recreate Madrid’s masterpiece and win the competition three years in a row? There’s still a long way to go and two more trophies to win. In an ESPN survey, 26% out of 89,342 people answered that Liverpool will win the competition. If they were capable of winning the trophy last year, there is no reason they wouldn’t be possible contenders with the same team this year.

Liverpool’s goalkeeper Alisson is featured in the top XI for FIFA THE BEST award. They also have one of the greatest defenders in the world, Van Dijk. Their midfield has been the key to their success, with Fabinho stabilizing the play and recovering lots of balls each game. Their attacking trio is brilliant, probably one of the best in the world. Moreover, Mane and Salah create many scoring opportunities, while fans impatiently wait for Firmino’s reliable goals.

These clubs have a historical past in this competition, without ever having won. All three of them feature future stars, backed by experienced players, who could help in key moments of the game. They aren’t Top Clubs with an infinite budget, but their teams are definitely capable of going far.

Last year, Borussia Dortmund got eliminated in Round 16 by finalists Tottenham. Counting on the massive support Dortmund receives from their fans while playing at home, they could make a good contestant, reaching the quarter finals, or maybe even better.

The Englishman Sancho and the Belgian Thorgan Hazard are considered to be the future of their countries and could reach the top level this year. They will be running alongside Reus in the attack, an experienced captain. Their offense will be a major threat to every defense. Hummels, recruited from Bayern, knows this competition very well, having been a runner up with Dortmund in 2013. Guerreiro and Hakimi are two rising players and show themselves to be skilled defenders. After a promising start with a 0-0 score against Barcelona, they even got a penalty and showed the world that they were a threat to everyone this year.

Last year’s edition saw Napoli come third in the group stage of “Death,” with PSG, Liverpool, and Red Star Belgrade. Therefore, they got relegated to the Europa League, where they were eliminated by Arsenal in the Quarter Finals. This year, they will meet Liverpool in the group stage again, alongside Salzbourg and Genk.

Asked about his opinion on Napoli, Red Bull Salzburg fan Christophe from Grade 8 says: “With a great coach,who has an incredible pace, the attackers Insigne and Mertens and the defender Koulibaly, they will surely go to the finals.” For their first game of the competition, they won against Liverpool 2-0, promising a great season.

Asked about his opinion on Napoli, Red Bull Salzburg fan Christophe from Grade 8 says: “With a great coach, Carlo Ancelotti, their young recruit, Lozano, who has an incredible pace, the attackers Insigne and Mertens and the defender Koulibaly, they will surely go to the finals.” For their first game of the competition, they won against Liverpool 2-0, promising a great season.

Their defender Koulibaly is an aggressive player, considered to be one of the best for his position. For their midfield, Allan recovers many balls each match. Their fast-paced attack allows their skillful players to make many counter-attacks. Lozano, newly recruited this summer, is a young talent that revealed himself in the Dutch League. Many believe Napoli finally has the team they need to reach the Quarter Finals.

Atletico Madrid has reached the finals of this competition on three occasions: in 1974, 2014 and 2016. Their team has morphed slowly over the years. However, they have particularly become more solid with their new recruits and might advance this season.

For the 8th grader Mattias, a faithful Colchoneros fan (nickname of Atletico), “Atletico Madrid can reach the semi-finals, but I don’t think they’ll go further.”

The young new talent Joao Felix, considered the successor of Ronaldo, has cost the club 126 million Euros, and he’s only 19! He will be accompanied in offense by Diego Costa, a deadly finisher in the box. In the midfield, Partey, Saul, and Koke, all world-class, experienced players, bring a lot of stability to the team. This will give more freedom to Lemar, whose pace and creativity will bring trouble to the opponents’ defenses. With their solid defense, backed by Oblak, one of the best goalkeepers in the world. With such a powerful team, there’s no doubt Atletico could bring some competition to the big clubs.

Upcoming exciting games (not to miss!)

After PSG annihilated a weak Real Madrid with 3-0, the Spanish side is out for revenge. Both teams are contenders for the final trophy, with the attacking trio Mbappé – Cavani – Neymar for PSG bringing more trouble to Madrid’s defense. Meanwhile, for the Meringues, Ramos and Nacho will come back from their suspension, while Marcelo and Modric will come back from the injured list. Fans impatiently await the second leg, on the 26th of November.

The first leg in Madrid led to a fascinating and very tight 2-2. The two teams will face each other again on the 26th of November. Surely, these highly experienced teams will count on their strong defenses and their star players, like Ronaldo and Joao Felix, to spark up the game.

Napoli has clearly shown that they aren’t fooling around, as they won the first leg 2-0. Ancelotti’s team performed masterfully, with their defender Koulibaly stopping all of Liverpool’s attempts. Liverpool will have to react on the 27th of November, to protect their honor and keep their current position as favorites.

With big clubs that have very capable teams on paper, historical clubs that have regained ambition, and some smaller clubs with potentially threatening teams, this year’s Champions League sounds very entertaining.

Will a team surprise us all and go further than ever imagined, like Ajax and Monaco in the past? Will Atletico, Man City, Dortmund, or PSG win the trophy for their first time? They’ll have to face very strong teams, like Barcelona, Real Madrid and Bayern, who hold the duty of winning for their fans.

We will draw more conclusions after the group stages. For the Round of 16 draws, mark your calendars on December 17th!

Tell us: Who do you think will make the finals this year?