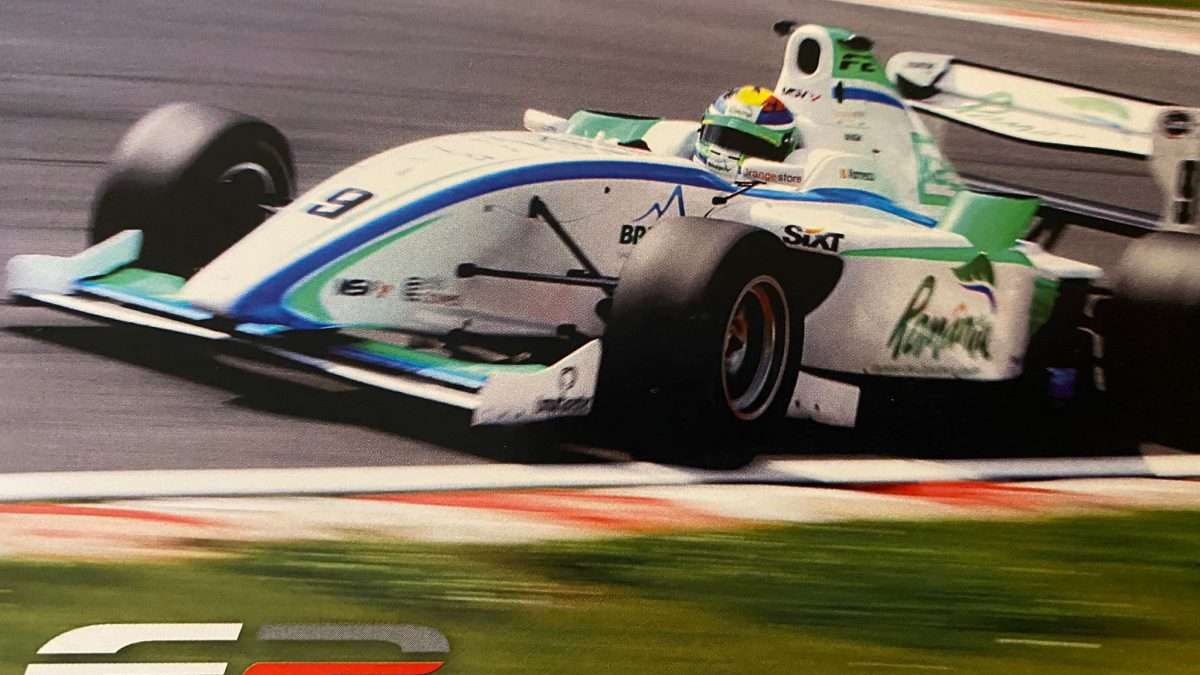 In the history of motorsport, there have been only two Romanian drivers that have reached international single-seater competitions: Mihai Marinescu and Robert Visoiu. I was lucky enough to talk to both of them, to discuss their experiences.

While neither drivers have made it to the FIA Formula One Championships, they are still widely regarded as some of the best young drivers in their competitions and are predicted to have amazing careers with incredible achievements.

Talking to Mihai Marinescu was as pleasant as it was surprising. He was very calm, humble, and helpful; he wasn’t very expressive about his achievements both as an engineer and a driver and gave a lot of insight into the experiences of a professional driver at such a high level.

Mihai found his passion in motorsport almost by accident. He had never planned to pursue it as a career.

“For us, this sport started off as a game, as a hobby. […] I enjoyed it, and so did my dad, who was always watching me from the sidelines, and from there we started to build.” —Mihai Marinescu

He was so enthralled by this sensation that he started to focus on it as a potential career, and eventually, he made the choice to go professional at quite a young age.

His first competitive national karting competition was at 11 years old, in 2000. From there, as he aged, he progressed to Formula cars and classes and made his way through the ranks of junior competitions to finally arrive in Formula 2.

Mihai’s overall Formula 2 career was very impressive. In his rookie season, his highest place finish in a race was 4th, and overall he finished 11th in the drivers’ championship with 68 points, which is amazing for a rookie season.

In the next season came his first win in Italy, at the historic track of Monza, and overall finishing 5th in the championship with 138 points. His last season was his best, as he managed to triumph twice (in Germany and the UK), finishing 5th again, this time with 161 points.

After retiring from driving for various reasons, Mihai decided to use the engineering degree he had from attending university in Holland and started working as a race engineer. He currently works as a race engineer for a Formula 3 team called Jenzer Motorsport, and is the first Romanian engineer at such a high level.

When considering Romania as a contender for motorsport, Mihai says that there are several teams that are starting to develop on an international level. “And I am not talking about teams that can be disregarded…These are teams that are consistently in the top 10 and scoring points.”

I hope that this short overview of Mihai’s achievements has impressed you just as much as it has impressed me. Moving on to the next renowned Romanian driver, Robert Visoiu.

The newer generation of Romanian racing

Robert Visoiu is currently the co-owner of a place you probably know: VMax electric indoor karting. He’s an enthusiastic, energetic guy, who was very open about sharing his story with me.

Robert is part of the generation of drivers that came after Mihai. He was racing in Formula 2 until five years ago and made his competitive formula class car debut when he was just 14. His origin is a bit different than Mihai’s; his dad pushed him toward this career path because of his own passion for motorsport.

“My dad introduced me to this sport since he was always very passionate about it,” says Robert. “He was, in a way, living his dream through me.”

Robert started competitive karting at the age of 11, and throughout his karting career, he was one of the most exciting prodigies. He often raced against the current F1 World Champion Max Verstappen in junior series and won multiple races against him too. “It was me and Max who were the quickest,” Robert remembers.

This is especially impressive since Verstappen is known to have made a quick and early rise to the top of the motorsport world, and it is really amazing to think what a driver like Robert could have done if he competed and beat Verstappen in such early stages of both people’s careers.

Sadly, there is less to say about Robert’s achievements in Formula 2. He scored a point in his rookie season with a team that placed 9th place out of 10 teams in the championship, which is very impressive; but unfortunately, he did not have time to achieve more.

Robert ended his career early and retired from racing in 2017 in his rookie year. And while it was never clear why he retired exactly, he shared some of the difficulties and challenges that he experienced: mainly regarding the change in cars.

“Different classes have cars and having to adapt to each one of them was definitely the hardest,” he explains. “The Formula 2 car, for example, was a beast; you had to wrestle with the car to drive it.”

While his professional career came to a quick end, our community is benefitting from his expertise—racing at his indoor karting company.

Although our community is very isolated and different from a lot of Romania as a whole, I think it is very important for us to know a bit about the achievements of our country, even in such a niche sport like this one, and I hope that I have achieved my goal by telling both Robert’s and Mihai’s stories, as well as their positive hopes for the future of Romanian motorsport.

What can you do to explore this passion?

Very few circuits exist in Romania in general; however, the ones that do offer rental opportunities. So if you enjoyed reading about Romania’s presence in motor racing and want to try your hand at racing, you can go to the track nearest to you, hop in the kart, and put some laps in.

AMCKart is one of the largest and most famous examples since it is located on the outskirts of the capital. It not only hosts competitive karting races but it’s also possible to rent karts and drive around for fun. Sadly, it is not equipped to host formula class races.

The second is MotorPark Romania. It is the first and only high-speed track in Romania suited to host formula car races as well as any other type of racing. Because of this, it does not host karting races. It is located a couple of hours northeast of Bucharest.

VMax Electric Indoor Karting track is pretty self-explanatory. It is an indoor track in Bucharest that hosts exclusively karting races with their own karts. However, this does not include professional championships by any chance; this is simply a way for people to explore their passion in this area some more.

Tips On How To Survive The IB, from AISB Alumni