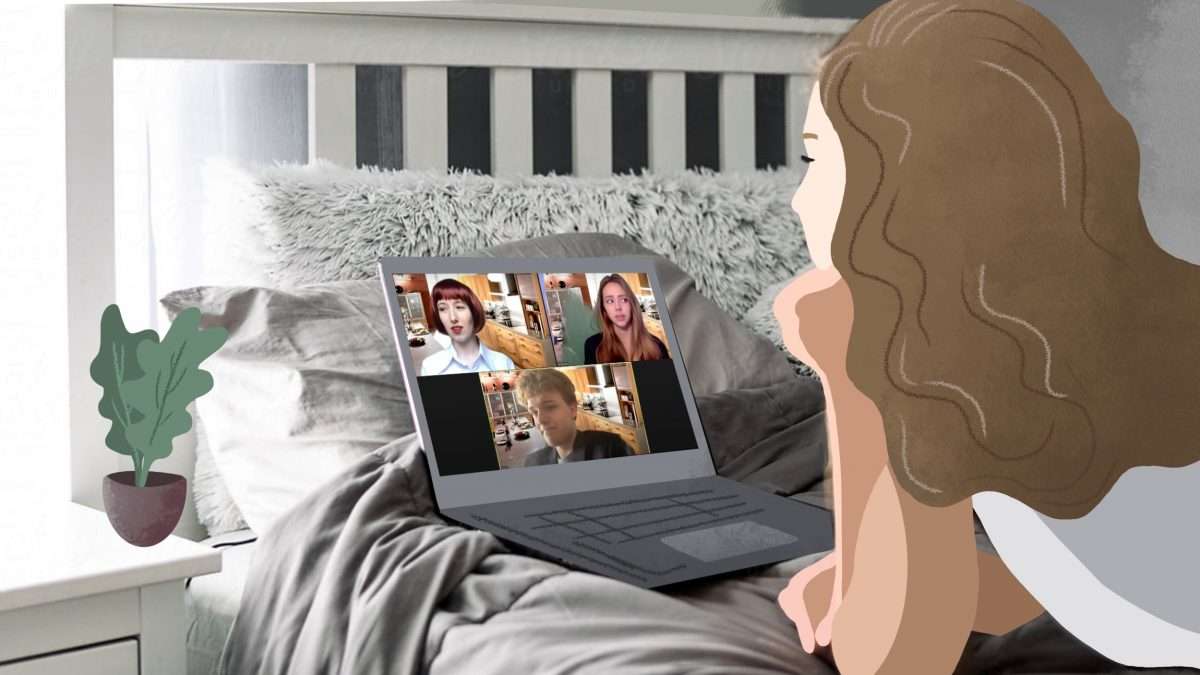 On December 11th, at 6:30pm, the AISB drama department will do something they’ve never done before: premier their winter production on YouTube.

‘Fossils,’ a play by Manny Aston, follows three teenagers through the highs and lows of their high school days. As AISB Drama Teacher and Co-Director Rachel Thomas explains, “It considers an age-old problem: why is it that parents seem to be from prehistoric times when it comes to understanding their teenage kids?”

The production is the culmination of several months of online rehearsals, dealing with wifi issues and sound delays. This is also Thomas’ first year at the school, so she had the added pressure of drumming up interest via Vampire Diaries, among a student body who didn’t know her, and were already burned out with online learning. “Fortunately, there was a lot of interest, and we even double booked the three main roles,” says Thomas.

The cast is made up of 14 students, grades 9-12, and was directed by three DP students: Caroline S, Luana O, and Patricia T. Additionally, there is a group of behind-the-scenes stars who have created unique digital backgrounds for all the different settings and helped perfect the sound quality (the audio on Zoom has proved extremely difficult).

“[Directing over Zoom] was definitely strange, but I think it went very well,” says Patricia. “All the actors were receptive to feedback and had lots of great ideas for their characters. It would’ve been very interesting to actually stage this, but I think it’ll be great nonetheless.”

The actors, while wishing they could perform this play on stage, convey confidence in the online production. “The essence of the play is still there,” says Teodoria D, who plays Michelle in Act 1.

James V, who plays Franky in Act 1, adds that, while creating the play over Zoom has been challenging, the entire ensemble has created something impressive. Plus, “we are all needing a bit of comedy and it is a great way to pass the time.”

What you need to know:

Who can watch: Anyone who has the private YouTube link

How to watch: Find the link on The Vampire Diaries on Friday. And to make it more fun, the co-directors encourage you to make an event out of it: pop popcorn, connect your computer to the big screen, and watch it with your family!