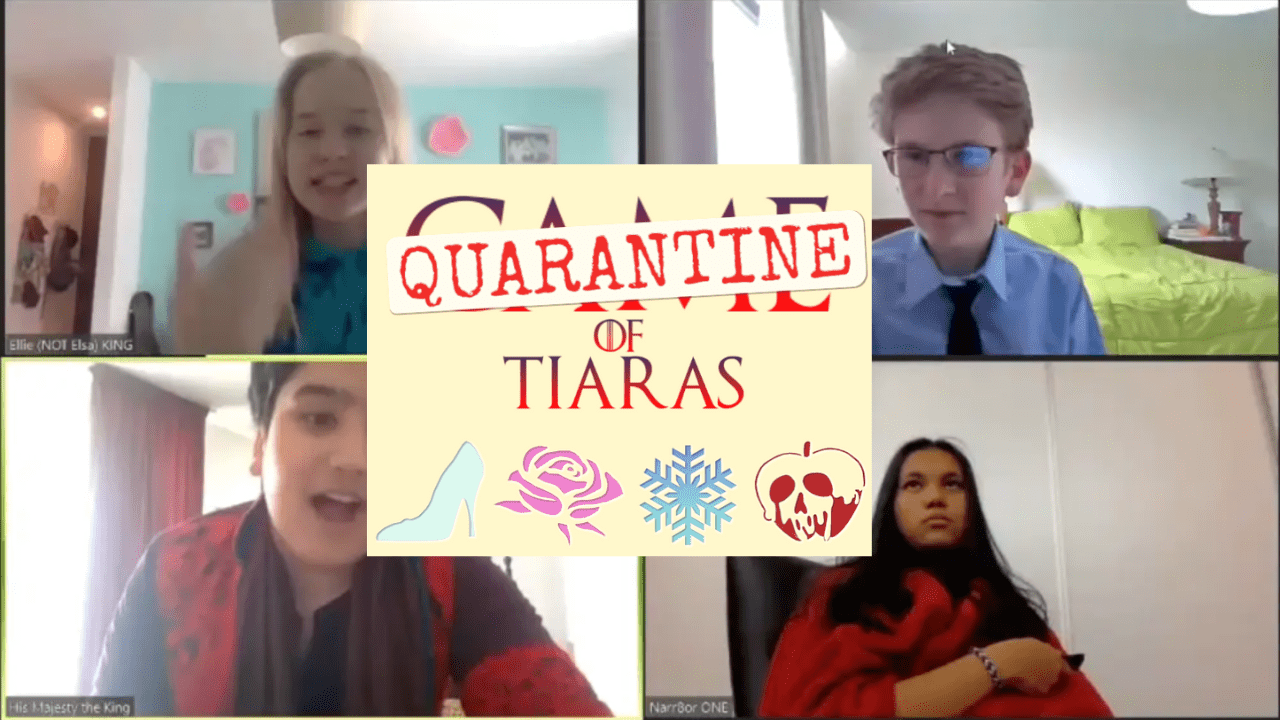 The week after school closed was supposed to be the opening of the middle school production, Game of Tiaras–a play about an aging king who decides to split his empire between his daughters Belle, Cinderella, and the Snow Queen.

“I’m a huge Game of Thrones fan,” says AISB Drama Teacher and Director Jennifer Lawless. “I’d directed two other plays by this playwright (Don Zolidis) and they’re always funny and something everyone can enjoy.”

Lawless says that when the school announced its closure back in March, the cast were “feeling a lot of things–we were sad, angry, scared,” but they were also hopeful that the show would still go on. When it was clear that distance learning would continue through the end of the year, the cast decided to have a little fun and create a spoof of the production: how it would play out if the characters were in quarantine.

While not all of the 31 cast members are part of this video, Lawless says that the entire ensemble worked incredibly hard. She also says that they took a vote and decided to perform Game of Tiaras next school year, despite the fact that most of the leads will need to be recast.

Support these students by watching “Quarantine of Tiaras” below, and know that “glitter is coming”… eventually.

Find out what AISB's Teachers Have Been Baking in Quarantine

Top 5 Movies You Should Watch This Halloween

Is DP Theater the Right Choice for You?

Opinion: 10 Classic Rock Songs You Need On Your Playlist