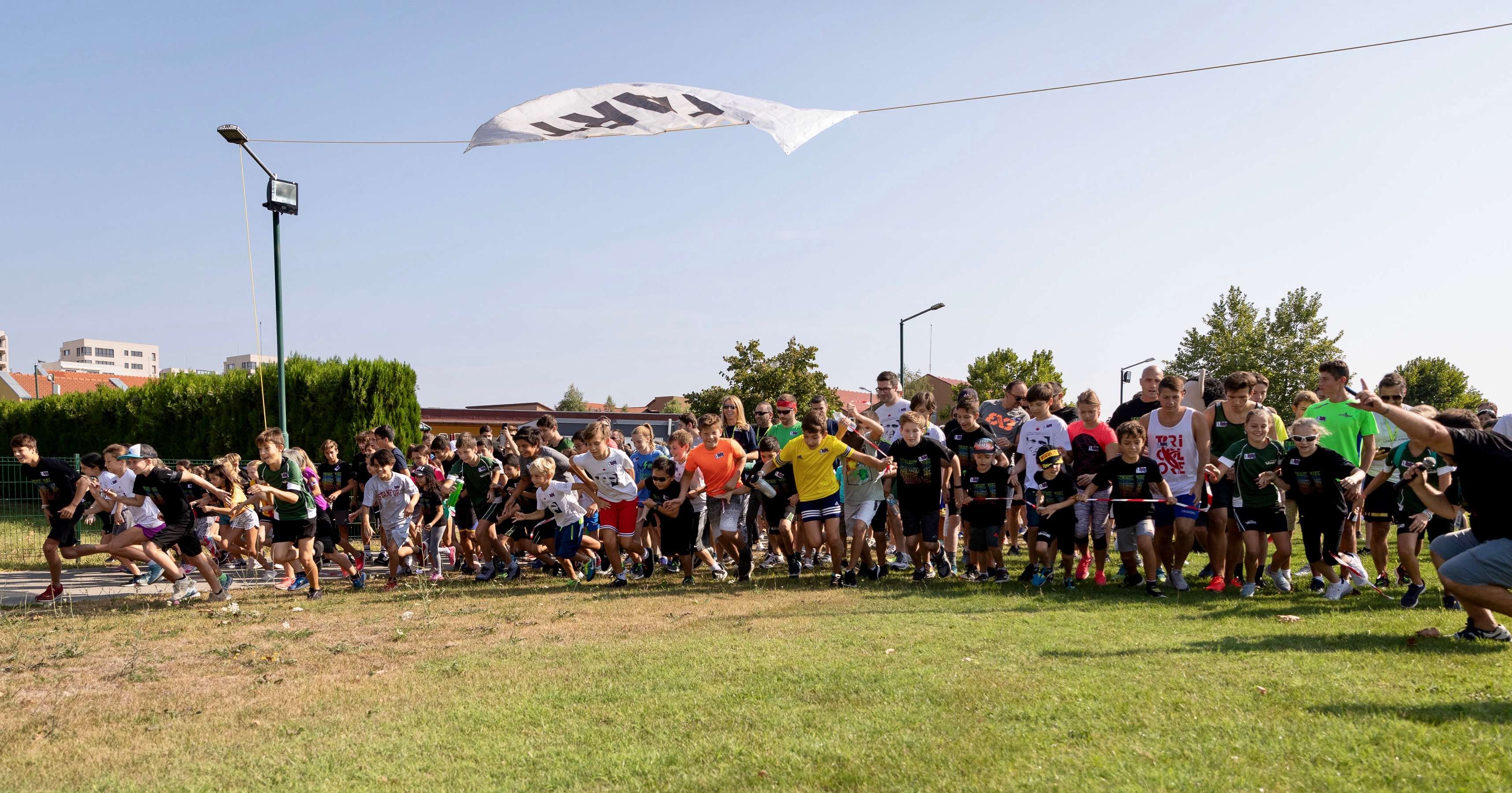 More than 400 students, teachers, and Bucharest citizens participated in the event. The route was a little less than 4.5 kilometers, extending towards the east side of the school. There was also a shorter version of the course for the “Mini” Terry Fox Run, for the 80+ children who came to play.

Gunel A, one of the student leaders of the mini run, said that she “felt like [she] was able to impact a different community in our school,” adding that, “The little kids have more motivation to run, so it was exciting to see them be part of this event.”

After the run, the participants enjoyed a Welcome Back Barbecue, led by AISB’s PTO. Stradale served up burgers, and there was even a food stand from JW Marriott, complete with pots of freshly cooked pasta. Most attendees sported Terry Fox T-shirts, which costed 50 lei each, and were sold out by the end of the event.

Profits from the barbecue, shirt sales, and additional donations – which added up to 9,000 Euros – were donated to the Terry Fox Foundation and cancer research organizations in Romania.

Hofman considers this a great success–with the greatest success being the addition of the mini run. “It was amazing to see it happen the way we dreamed it would,” she says. “The little kids running around getting stamps on their paper medals, with parents running beside them…it was just amazing to see.”

We look forward to it again next year. Thanks to all the organizers and participants for another successful Terry Fox run!