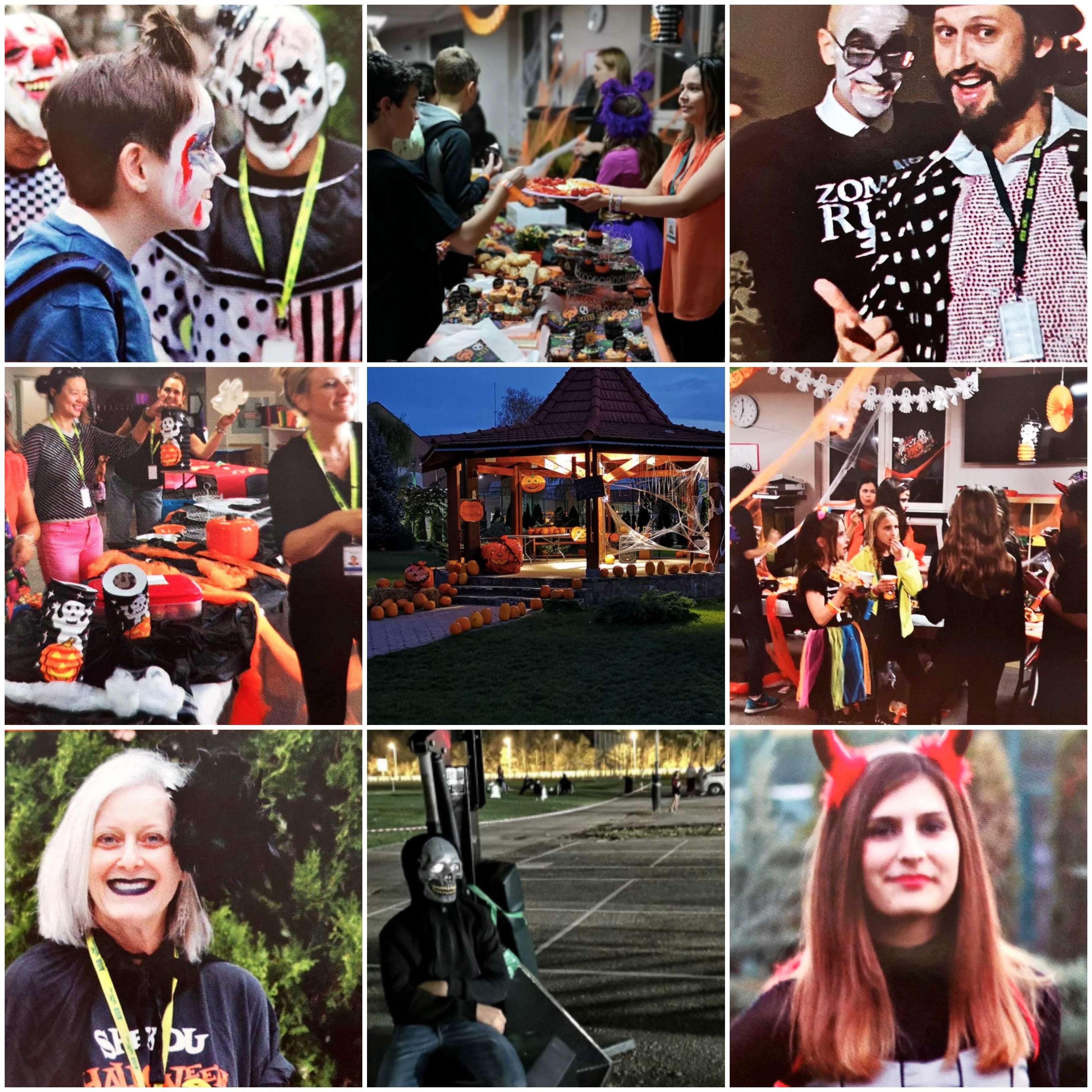 Tomorrow (Tuesday, October 29th) from 6pm-8pm, the PTO is hosting their second annual “Zombie Run.” To find out what’s in store for secondary students, we sat down with PTO member Susan Borowski to have a chat. Here’s what she had to say:

Watch Out For the Zombies, and Run!

The Zombie Run itself is only 1km, but there are many “obstacles” that might make it feel longer. When we asked Borowski what to be aware of, she said that “students might get a little dirty because it’s more than just your standard walk/run.”

In addition to the run itself, teachers and older students will be dressed up as zombies. “They won’t chase you, but [will] spook you a little,” says Borowski. Any 10th, 11th, 12th grader or faculty member can dress up as the undead.

To run, you’ll need to purchase a t-shirt, which serves as your entrance to the run. It’s 40 Lei and you can buy it at the attendance office. This fee also includes pizza and “Halloween treats” at the event.

Extras on the Course, Obstacles, and Decorations

Generally, we know that the Zombie Run will start on campus and it will end on campus. The PTO is keeping the specific locations a secret. What Borowski tells us is that “There’s going to be sections, like ‘Body Park Hill,’ ‘Biowaste Warehouse,’ and a graveyard where runners can expect to see some really cool gravestones.” Be prepared to find decorations, like glowing biowaste, bodybags, fake eyeballs, and fake hands on AISB’s campus.

In case you find the run too scary, you are always welcome to take some time out, and there will be areas for you to do so. “Even if you’re not gonna run (although we encourage you to), be a part of the party that follows,” says Borowski.

After the run, you will get to meet your friends, eat pizza (as well as lots of other delicious treats), and watch a movie. In addition, the PTO hopes to “build community and make it a fun Halloween activity for the older kids, because there are a lot of things for the younger kids, but this is a way for the older students to have something that’s fun they get to participate in.”

Preparation for the Zombies and Runners

“If you’re a runner and you want to make it even spookier and cool, then you should bring a headlamp or a flashlight, with which you can make a blacklight.” Below is a step-by-step explanation by Susan Borowski on how to make it.

How to Make a Black Light:

1. Place tape over a flashlight or headlamp lens.

2.  Color the tape with a blue Sharpie marker.

6.  Color this layer with a purple Sharpie marker.

7.  Place a final layer of tape to protect the last marker layer.

8. Done! Now you have your black light.

The zombies will need to make sure to bring their best zombie-like outfits to the event, but make-up will be taken care of at school. “Dress as best as you can; if you have any clothes that are old or torn, you can add some fake blood,” adds Borowski. Be prepared to spook people!

A lot of work has gone into the decorations and the making of the course. Borowski says, “As long as people are going to show up, it will be a huge success. I think that everyone will be pleasantly surprised. It’s not like it was last year, there’s a lot more to it.”

Thank you to the PTO for throwing this event, and to Susan Borowski for the interview. We can’t wait!

Vampires in Romania: The Myth, The Legends, and some fun for Halloween

AISB’s Earth Week to Take Place After Break: Here’s What to Expect