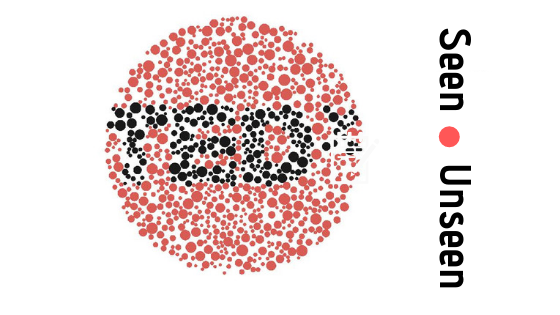 On Saturday, March 30th at 12:30pm, four AISB students and one staff member (Dr. Robert Brindley) will take the stage, to deliver “ideas worth spreading,” in the school’s third annual Tedx event.

According to Student Organizer Clara V, “This year’s theme Seen, Unseen, looks at the nuances that exist in our daily lives, and concepts that we often forget to consider.”

Clara believes the TEDx conference is one of the greatest opportunities at AISB, as “it’s an incredible way to not only give students and members of this community a platform upon which to share their ideas, but to also promote conversation and the development of new ideas.” She says the speakers have been working hard and have created some incredible speeches that are worth hearing.

Here’s some information on Saturday’s speakers:

My name is Sophie and I am 16 years old. I originally come from Austria, however live the expat life, having lived in 6 different countries. I love biology and am super interested in the topic of gene editing, thus I chose this topic to give a speech on.

My speech is about the highly interesting and relevant topic of gene editing. How did we get to this point in the scientific technological advancements and where do we stand now? Gene editing is a very powerful tool with which we can alter humanity forever, and once we do so, we will have opened a door that cannot be shut again. So … should we do it?

I am Andrew Weston, but most people call me Drew, and I am American. I have moved most of my life which has brought me to places in the US, Asia, and Europe. These experiences, along with a passion for history, have sparked my interest in political discussions and current events. This interest has led me to become involved in clubs such as Model United Nations and Boy Scouts where I have learned a lot about not only politics but also the environment, people, and the world.

Fake News is an ever-present topic not only in the United States but throughout the world. Yet, the term is used so much that it has no real weight anymore and we don’t really stop to think of the implications of it. I hope to expose the extreme changes between the news of the past and our current world full of misinformation in order to provide myself and others with a way to understand the consequences of an expanding threat to our societies today.

My name is Mehdi. I was born in Tunisia in 2001, but I’ve spent most of my childhood in Europe. I first moved to Vienna, Austria when I was 5 years old and I stayed there for 7 years and studied at the Vienna International School. After that I moved to London and lived there for 3 years before coming to Bucharest.

Free speech nowadays is often neglected and we use excuses such as equality over freedom of speech and national security over freedom of speech. And we have now come to a point where anything we deem as “hate speech” should be criminalized. Every year, we are taking away the most valuable right there is. Without freedom of speech, we wouldn’t have any laws, we wouldn’t have a government, and our society would slowly and eventually collapse. We’ve seen this happen before. It’s time for us to stop pretending to be the victim of everything, stop pointing fingers and persecuting people we disagree with and actually sit down and talk to each other. And try to find some kind of middle ground so that we can actually solve our modern-day problems.

I’m an 18-year-old passionate about words, spoken or written. I like writing and public speaking as I have a lot on my mind which I endeavor to share with others. I’ve been an international student for the past four years and during this time I developed a more open-minded way of thinking which encouraged me to start grasping at different areas of study such as psychology and creative writing all on my own. I am going to university this fall to study psychology, so I found this conference a perfect opportunity to try expressing some of the concepts I have been looking into for the past year.

The speech looks at the power of feelings, more exactly the power of fear and love over our lives. It examines the different ways in which these emotions can influence our behavior or the overall outcome of our lives. The psychology of the matter is looked into and supported by personal insights into experiences supporting the main claims of the speech.

Tickets are being sold in the upstairs secondary lobby during break and lunch as well as in the atrium after school. Here are some additional details:

We hope to see you there!