Which job should I choose? AISB teachers share the realities of changing careers 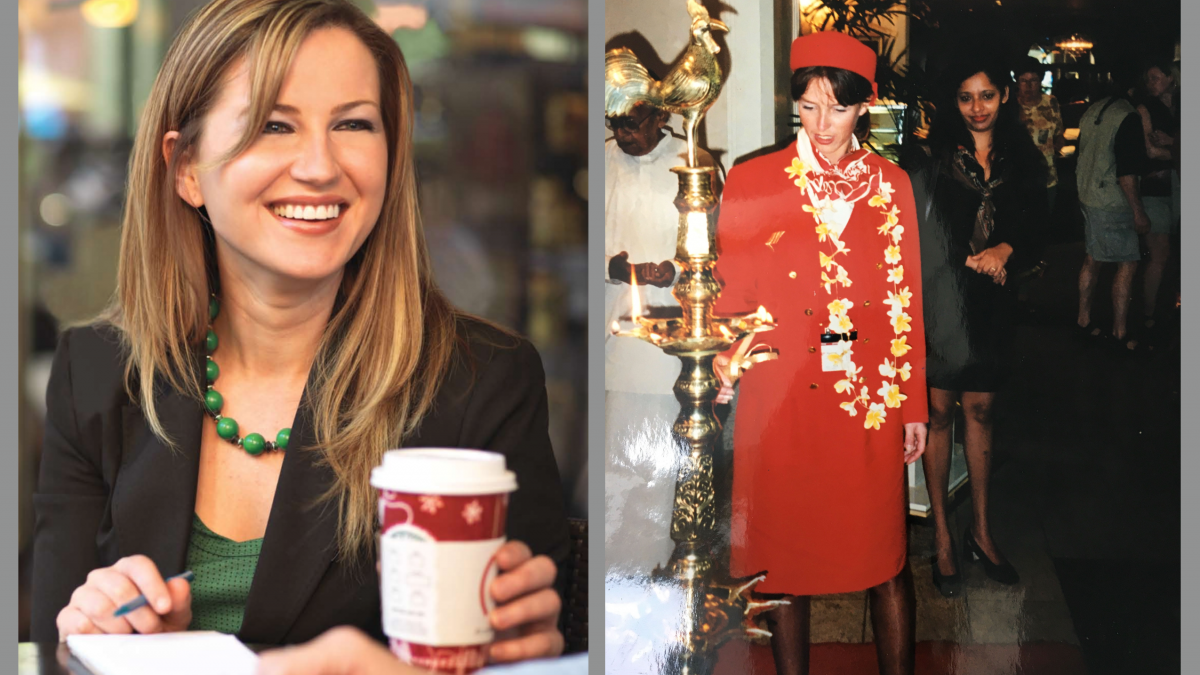 As a high schooler, like most of my friends, I’m starting to have questions and doubts about my future. Is it even possible to follow your “dreams and passions” as a career?

After talking to several AISB teachers about their own career paths, it seems that most people’s initial plans change—and actually should change. So why are we putting so much pressure on ourselves to decide our futures before starting the DP?

This article will uncover the journey of teachers who have worked in many different career fields throughout their lives, sharing their experiences and advice to high school students.

The Pressure to Decide on Your Career

“What do you want to be when you grow up?” A question asked throughout my entire life, that now feels much more serious.

For many of us students, there’s no clear answer to this question. We also might feel pressure from our parents to choose a job satisfactory to their standards, making it extra hard to decide on a college degree or find a job.

An educator and mom of AISB students, Gaby Gusek has a degree in Art and Dance; however she has pursued multiple careers in medicine (as a nurse, a dental assistant and as an office job at a Biotech company), worked as a flight attendant, a dance teacher, a secretary and was even a business owner.

“My parents were very supportive in everything I chose, but I was an only child from parents who didn’t earn much money; they didn’t always understand what I wanted, but they wanted it to be better than what they have” —Gaby Gusek.

Pressure from others is still a common occurrence in high schoolers’ lives. Whether it’s your parents’ pressing expectations, constant questions from adults in your life or even personal anxiety and stress over an uncertain future.

73% of surveyed Grade 9-12 students report feeling nervousness about their future career- even with an idea of what they want to do, some jobs have more stigma surrounding them.

Though some students may have passions surrounding the creative field, there is hesitance regarding pursuing them as a job. Careers in art or music are often not taken as seriously as an engineering degree, causing some students to choose not to pursue their passion as a creative.

Following multiple career paths is a choice made quite often throughout adulthood. In fact, it’s estimated that people average 12 different jobs throughout their lives.

Kate Sorrell, an English teacher at AISB, has been teaching for quite some time; however, she didn’t plan to be an educator and studied law in college.

While Ms. Sorell enjoyed her university degree in law, she realized that she didn’t want to pursue being a lawyer, and began working as a secretary for an aeronautical company in France. After that, she did administrative work for some NGOs in France, and then decided to pursue a career in teaching.

“For me it was really important that I did the work in a company, and the work in NGOs five years before teaching. It gave me so much experience and different views on life and I think it made me a better teacher” —Kate Sorrell.

Ms. Sorrell shares that opportunities can often lead to other opportunities—that if you are unsure about a career it’s important to pay attention to anything coming your way. Being mindful about what a job may have taught you leads to personal growth, even if the job in particular wasn’t your direct interest.

“When one door closes, another opens” is something else Ms. Sorrell advises us to remember. Though it was difficult to make the choice not to pursue law after studying it, she is definitely content with her decision now.

Similar to Ms. Gusek and Ms. Sorrell, AISB Journalism Teacher Jennifer Stevens had a variety of jobs before becoming a teacher. She got her degree in creative writing and worked as a grocery store bagger, a waitress, and promotional model during school. After graduating, she did recruiting and sales for a staffing company, was a writer for a communications company; worked in public relations, she did commercial work, and was even a food writer for a magazine.

“I was horrible in school; I actually lost my scholarship my first semester and almost failed out of college until I got into the right program. I changed my major three times” —Ms. Stevens.

This is not at all an abnormal experience: Around 80% of college students change their major at least once throughout their studies. It’s also important to note that changing majors in order to pursue a found passion does not impact future job recruitments.

As a young adult still deciding on what job to pursue, Ms. Stevens switched between writing gigs and waitress jobs, working in different fields that paid different amounts of money per year. That wasn’t her main concern, however—she was ultimately searching for a job that felt meaningful and fulfilling to her.

“I actually took a huge pay cut to work as a full-time staff writer for a magazine company. I was making close to six figures a year working for a staffing company, but I hated it; every time my alarm clock went off I felt a sense of dread.”

Taking the pay cut, Stevens says she was a lot happier making $35,000 a year and living in a “shoebox apartment,” reporting it as a dream job for her.

A survey reports that 90% of students going to college go in order to make more money, likely choosing a degree with the highest paying career opportunities. The unfortunate truth is that choosing a career purely based on its paying opportunities will lead to an unfulfilling experience working overall.

As Ms. Stevens won’t be returning to AISB next year, her future plan is to return to writing online for blogs and continuing her passion.

Deciding on your own career path

While deciding on your future career is not an easy task, there are some steps you can take in order to simplify your own journey.

Indeed recommends identifying your core values as they can help you work in a field you will find personally fulfilling. Another recommended action is taking note of your interests, as knowing what you enjoy doing is key in determining your career.

“It’s hard to give advice that applies to everyone, but I think you always have to follow your passion,” says Ms. Gusek. “My daughter had no idea of what she wanted to study and no idea of what her career path would be, so my advice to her was keeping an open mind and leaving her education broad.”

It can take a lot of time (and different majors/jobs) to figure out what you like doing, but taking that time is important, according to all three of the teachers interviewed. They also recommended getting advice from counselors and teachers, and talking to employees at companies where you might be interested in working one day.

Finally, try to remember that it’s not that big of a deal. As Ms. Stevens explains, “I’m almost 40 and I can’t tell you the last time anyone asked about what I studied in college or what high school classes I took.”

There is no ideal job and most of the time in high school you don’t know who you are. It’s important to allow yourself to have flexibility and to keep an open mind. As it’s often said, “Don’t knock it until you’ve tried it.” The interviewed teachers didn’t enjoy all of their job experiences, but that’s part of life—and in the end they are still grateful they were able to have them.

Bucharest’s run-down buildings: the silent testimony of decades of neglect