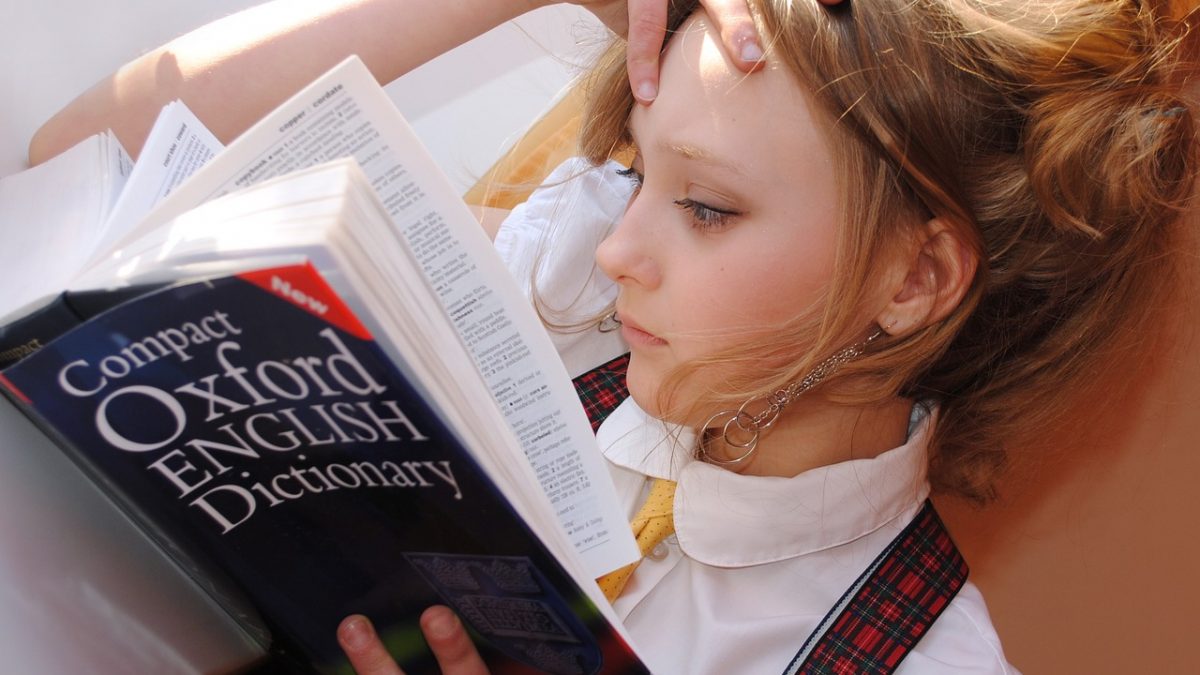 A student stares coldly at a block of text. The bitter aftertaste of coffee lingers on their tongue, their shoulders slumped, head pounding, and eyes strained from attempting to understand what they were reading. Frustrated, the student turns to an old yet reliable friend that goes by the name “Google Translate.”

This is a common story for international students studying a foreign language. You, my dear reader, are also probably studying another language – either inside or outside of school. (Maybe you’re even procrastinating by reading this?)

How do we know if a language is “good” or not?

Before we get into anything, it’s important to get an idea of what “the best language” is. Truth be told, there is no way to boldly say which language is the best, but rather, different factors that affect how ‘good’ a language is. Even at that, language quality largely depends on the person learning it.

Example: let’s say you’re planning to move to Italy. The “best” language for you to learn in that case would probably be Italian; whereas, for someone who’s moving to Kazakhstan, the “best” language for them would be Kazakh. In this situation, t’s easy to see how someone’s personal plans or preferences can influence which language is better for them.

Which languages are the most useful?

A common example of a reason why someone may want to learn a language is “usefulness.” Omniglot, a language encyclopedia, determines “usefulness” based on statistics such as, “the number of speakers,” and “the number and population of countries where the languages are spoken.” These factors are good to think about if you wish to be able to communicate with more people, or have a wider variety of international career options, for example.

According to an article on Lingualift, Mandarin Chinese, Arabic, and Spanish rank as 2nd, 3rd, and 4th as the most spoken languages in the world, whereas Portuguese, Malay, and French rank 8th, 9th, and 10th. (English ranks Number 1, as you could probably guess.)

That being said, it has been argued by Benny Lewis (founder of a language blog named Fluent in 3 Months) that choosing to learn a language with the most number of speakers may not be the right way to go. “Looking at “most speakers” in terms of making a decision sometimes comes down to nothing more than ego, he claims. “Just make sure you are picking them [the languages] for the right reasons.” In other words, make your decisions based on factors like personal preference, passion, or how easy it is for you to learn, rather than popularity.

Still, the large number of Mandarin Chinese speakers has caused a lot of demand for workers who speak the language, due to industries trying to “increase their presence in the Chinese market,” as expressed by Jakob Gibbons, a writer on FluentU (a language blog).

What’s the easiest language for me to learn?

Some people want to learn another language, but are unsure about their “linguistic capabilities,” to put it that way. As a result, they want to take a simpler way out and learn a language easy for them. But how do you find out which language suits you best? Fear not; language origins have the answer.

Assuming that you are able to read this article right now, you, the reader, probably have English as your first or second language. English comes from the “Indo-European” language family, and based on this, several linguistic blogs (including Rype, FluentU, and Lingualift) can agree that Spanish, Italian, Portuguese, and French are some of the easiest languages to learn for English speakers.

If you’re looking to learn a non-European language, Afrikaans is also seen as an easy language to learn due to its lack of conjugation and simple pronunciation rules, as well as being closely related to Dutch.

Okay, but what if English isn’t my first language?

There’s another way to figure out if the language you’re trying to learn may be too difficult. A language’s general difficulty can be determined by how long should take to become fluent; the harder a language is, the longer it will take to study. New sounds, conjugation rules, or words that don’t have an equivalent in the language(s) you already know; these are all components of a new language that may slow down your learning process.

Linguists have found a way to filter out these “fluency-obstacles”: The Golden Sentences. These are a set of eight sentences that you must translate into the language that you are trying to learn:

“The apple is red.

It is John’s apple.

I give John the apple.

We give him the apple.

He gives it to John.

She gives it to him.

I must give it to him.

According to Rype, these sentences are so useful because of three main things:

What about some harder languages?

If you’re interested in learning a language that’s a lot different than your own, then go for it! For those who wish to challenge themselves linguistically (like myself), try a language with a different root and/or alphabet than what you’re used to, for example; Japanese, Korean, and Thai. Or better yet, try to revive a dying language like Dakota/Lakota (Native American Languages), Khoi-san (Southern African languages), or Basque (Northern Spanish Language).

A more well-known difficult language would be – you guessed it – Chinese. The script tends to scare English speakers at first glance, and for good reason; according to the BBC, around 2,000 Chinese characters will need to be memorized if you want to understand a standard Chinese newspaper. On top of that, it’s the tones and dialects that people should really be cautious of, says Benny Lewis. “The dialects are so vast that even native speakers have a difficult time understanding one another when speaking, or are sometimes completely unintelligible.” Willing to commit? It’s certainly worth it if you want to explore the effect that such a poetic script has on the mind of a Chinese speaker.

So, what’s my number 1 go-to language?

To summarise, Spanish checks the boxes in all of my points previously mentioned (in terms of general ease of learning). Does that mean that everyone should drop their French or Mandarin textbooks and sprint over to Secondary School Help Desk to get their timetables changed so they can take Spanish instead? No, it really doesn’t. Pick up your books and get back to class.

A blog on FluentU gives an example of another solid reason for someone to learn a new language; an interest in the culture of the region that the language is spoken. The reward of finally being able to watch Japanese anime without subtitles, listening to that one French song you love while understanding the lyrics, or learning more than just the names of your favourite Lebanese dishes; it’ll be like killing two birds with one stone if you’re able to learn about a country’s culture and their native language at the same time.

AISB is a diverse school where so many cultures and nationalities have been brought together. Not only this, but the IB system is designed to create students who can speak at least two languages; essentially, all students at our school able to seize such an amazing opportunity and learn a variety of languages.

For example; Sophie, an Austrian 10th-grade student, is currently studying Korean. Both the script and root of Korean and German (her first language) are very different. As a result, her friends were left to wonder what the reasoning was behind her motivation; was it due to her interest in South Korean music, or simply because she liked the language? Sophie pondered for a while, then answered, “a mixture of both.”

So there you have it. Not everyone’s dream has to be as big as, “I want to travel the whole world,” or “I’m learning the language of the future,” and so on, and so forth. As long as you have a strong enough motivation, you should be able to learn whatever language you want.

How should I start?

As of now, AISB offers English, French, Spanish, and Romanian (if it’s your Mother Tongue) in the secondary school curriculum. But in a school with 60 nationalities, and a staff and faculty team that speaks 26 different languages, there are plenty of opportunities to organize personal lessons and take advantage of our diverse community. Talk to your language teacher to see if they know anyone who can help you get started on your path to multilingualism.