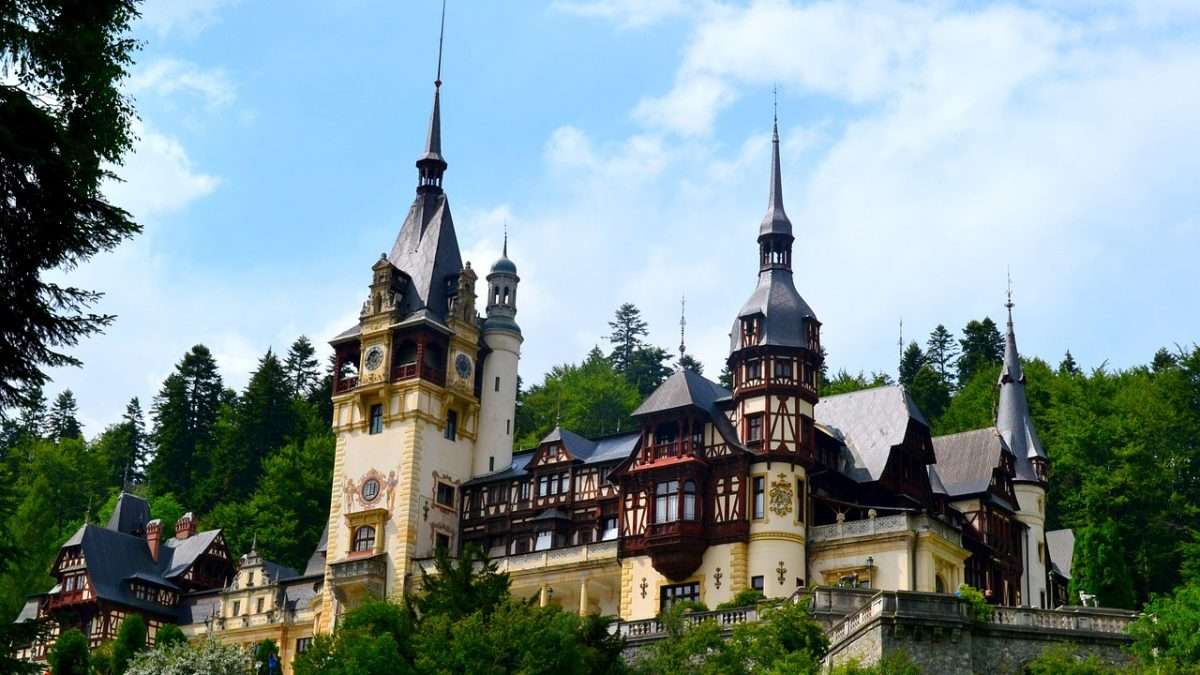 Picture of Peles Castle in Sinaia, Romania, from Pixabay.

The number of tourist arrivals in Romania during 2019 (pre-pandemic) was just over 13 million. Hungary, its neighboring country, received 61 million during the same time period.

Romania is home to historically rich architecture, jaw-dropping landscapes, and gorgeous cities. It’s less expensive than most European travel destinations, and less crowded. So why is this country not a popular travel destination?

The lack of infrastructure

It’s no secret that Romania has a problem with infrastructure, predominantly roads and highways. If you’ve ever lived in Romania, or are living here right now, you know the traffic problems are insane, and the travel time between different cities can make you want to stay in your house all day.

But while most of us are used to this reality, time-starved visitors just can’t have a vacation where most of the day is spent traveling. According to a BBC article, Romania has a motorway network of just 806km—one of the shortest in the EU. To put it in perspective, the United Kingdom, a country that’s similar in size, has a road network of about 422,100km!

For example, getting from Bucharest to the charming city of Brașov can take anywhere from 2.5 hours (if you’re really lucky) to 5, depending on when you leave, and it’s only about 175km away! This is mostly due to the fact that driving routes are limited within the country; so if you hit traffic or an accident, there’s nowhere to go.

The amount of highways and roads isn’t the only problem though; the safety of these roads is also an issue. The average of 96 road deaths per 1 million inhabitants makes Romania the country with the highest road fatality rate in the EU.

“The task we have ahead of us is huge,” says Alb.

To properly support tourism, the country not only needs to expand its roadways, but also its train network (which has expanded significantly in the past few decades, but provides very slow options for long-distance travel).

Romania has created a poor image for itself in the past decades, starting with the social movements in the 90s (anti-government protests). Then the spotlight fell on Romania’s orphans, political instability, the stray dogs issue, and human trafficking.

It is understandable that other countries, especially western countries, have preconceptions of Romania. Most foreigners either know about the popular Dracula myth associated with one of Romania’s regions, Transylvania, or they know about the corruption and social issues. This is, after all, the only part of Romania that’s been shown to outsiders.

Now a new wave of bad publicity has emerged as journalists are uncovering corruption within Romania. “Collective”, a recent documentary that exposes the lack of healthcare at public hospitals in this country, got a massive amount of attention from the rest of the world and was even nominated for two Oscars.

As Collective’s director Alexander Nanau explains, “The healthcare system hasn’t changed at all since communist times.”

And not getting access to quality medical care while in the country is a justified fear for many potential tourists.

In 2010, after the country was starting to receive more visitors, Romania’s former Ministry of Regional Development and Tourism Elena Udrea decided to launch a tourism brand for Romania. The slogan was “Explore the Carpathian Garden,” with a logo meant to remind visitors of nature. And while the intention was positive, the outcome didn’t receive a lot of praise.

To start off, the ministry spent 900,000 euros on the branding and marketing project (the lowest bid, according to Alb). To a lot of people, this seemed absurd—especially since the leaf on the logo was identical to the one on a campaign for a British company called Change Transport.

People also criticized how the slogan required too much geographical knowledge of Romania. Most people outside the country didn’t even know the capital at the time, let alone the name of the country’s mountain range.

In the end, the campaign performed horribly, and much of the money allocated by the EU for marketing and advertising was wasted. The whole purpose of this brand was to create a positive image of this country, and to bring more tourists here, but now it serves as a running joke for most Romanians.

Surrounding countries being too competitive

In 2021, tourism in Central Eastern Europe climbed above 2020 levels by 18%, which was slightly more than North America, but far less than Southern Mediterranean Europe (+57%). Still, many Eastern European countries have been celebrating profits from this rise in tourism. But Romania hasn’t.

For example, Prague’s official tourism website is very up to date, with posts about covid regulations and about their safe streets during winter. The site links accommodations in the city and gives detailed information on Prague’s historic landmarks.

Another example is Poland’s efforts to expand its infrastructure. In the 2021-2025 time period, Poland is going to spend $37.5 billion on highways and roads. Just in 2020 alone, the country got 87 miles of new roadway.

How can Romania compete with these countries?

Simion Alb’s website, which promotes Romania as a travel destination, gets a lot of reviews from many people who have traveled to the country. Most reviews are positive and people seem to be coming home with a better image of Romania than the one they had before they arrived here.

Alb has a very interesting take on these reviews though. He says: “We must ask ourselves if this is because they had very low expectations or is this because they consider Romania very competitive with other countries in Western Europe.”

Travel influencers Jarryd and Alesha, also known as NOMADasaurus, traveled to Romania for a month in 2016 and “can’t wait to return.”

They had heard the stereotypes about Romania, but decided to book the vacation after hearing praises from other people. Starting their journey in Brasov, to relax and catch up on some work, they ended up exploring Transylvania and also got to see Bucharest. Their main highlight was “renting a car and spending a few days driving around Transylvania, staying in small villages and chatting with locals.”

Not a lot of travel influencers make it to Romania, often opting for places like Budapest or Prague. But this is changing. Just this year, the country is starting to offer a “digital nomad visa” to entice remote workers like Alesha and Jarryd.

“We weren’t [personally] reached out to by any government or tourism agencies during our time in the country,” they explain, ” but we did collaborate with a small local tour company in Bucharest.” They believe there have been influencer and blogger trips to Romania since their visit, but they weren’t part of any.

They might be referring to the #ExperienceRomania project in 2016 which was created and run by volunteers who saw the potential that this country has. They invited 50 top travel influencers from all over the world to visit this country, and all of the content reached an international audience of 100 million potential tourists.

This is the kind of attention Romania needs, and deserves. As Jarryd and Alesha describe, Romania is missing out on a lot of this tourism because of “the general reputation Eastern Europe has from travelers who tend to stick to more popular destinations.”

They continue, “Some people think it may be more rundown, dangerous or not as interesting as Western Europe, [but] we believe this is completely false. We hope more people visit in the coming years, as Romania is absolutely beautiful.”

Can Romania ever become a popular travel destination?

Romania certainly has a lot of potential to become a popular tourist destination. Its culture, pristine nature and charming cities make this country an authentic and unique place to visit.

While Romania is still a developing country, it has seen massive economic growth, and investing in tourism could be a great opportunity for even more. In the past two decades, Romania’s GDP per capita has increased from 28%, relative to the advanced economies, to 58.6% in 2020.

Creating and executing a plan for a successful marketing campaign could be the answer for bringing more tourists here. It should address the stereotypes that most people have and, most importantly, should inform potential tourists on the many advantages that Romania can offer.

“Once we have a good plan to develop tourism, to attract investors and so on, we need to stick with that plan,” says Simion Alb.

The government should also focus on improving infrastructure, especially the train system, as it has the most potential. Romania already has one of the most extensive railway networks in Europe, but most of the trains travel at only 50km/h. To keep up with the more touristic European countries, Romania needs to provide travelers with faster, more comfortable options.

While the country still has a long way to go, there is progress being made. And with the right marketing plan, Romania could be the next big destination for European travelers.

Everything You Need to Know About the Personal Project